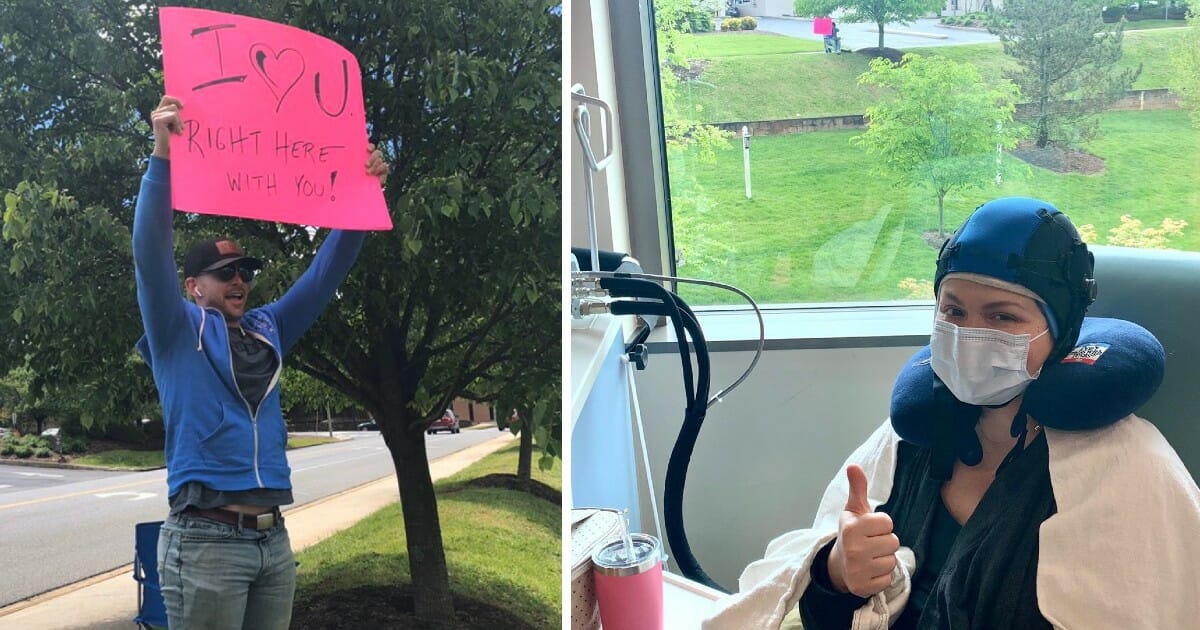 For many, the hospital or a doctor’s office is the last place you want to be now, but for some it’s absolutely necessary.

Johanna Calfee gave birth to a baby boy on March 14 and because of complications, he had to stay in the NICU for several days. And then several days after his birth, Johanna was back in the doctor’s office, but this time for chemotherapy.

While pregnant with her son, Johanna was diagnosed with an “aggressive form of breast cancer,” her husband, Daryl, said in an emotional video. She chose to put off treatment until the birth of their child and on March 27, she began chemotherapy at Pearson Cancer Center in Lynchburg, Virginia.

But just like when Daryl couldn’t be with their son while he was in the NICU due to precautions set in place because of the coronavirus, he can’t be with her while she undergoes her treatment.

That didn’t stop him from showing up outside of the cancer center and showing his support.

While Johanna is currently going through her last round of chemotherapy, Daryl is thankful for his community stepping in and helping his family, especially in the middle of a pandemic.

This warms my heart. This is what true love is all about.