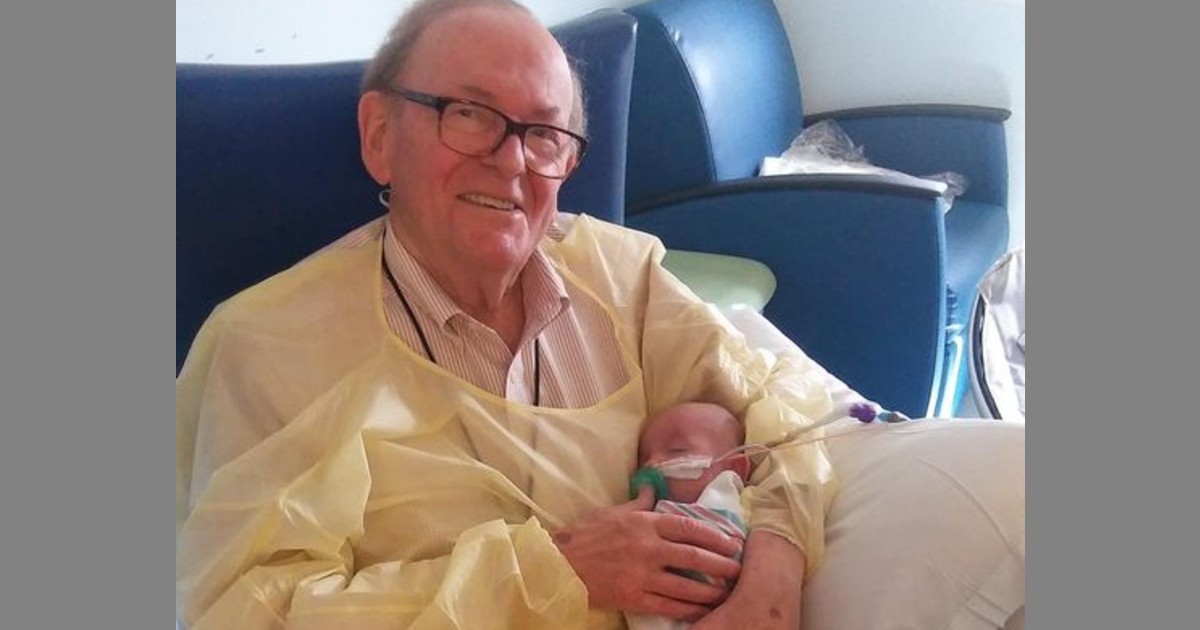 In 2017, the world was introduced to David Deutchman, also known as “ICU Grandpa.”

For over a decade he visited Children’s Healthcare of Atlanta and comforted their smallest patients in the PICU and NICU. Most of those years his service went unnoticed, but three years ago a photo of him went viral and he was recognized for his incredible dedication.

Now he’s receiving some attention again, but this time his family says they don’t have good news to share.

“My heart is heavy and will be forever,” his daughter Susan Lilly told WBNS.

She referred to him as a “special man, a wonderful husband, grandpa, friend, and the sweet ICU grandpa.”

To celebrate the one of a kind man who volunteered his time every Tuesday and Thursday, the children’s hospital organized a drive-by parade outside his home.

The tribute was “an emotional tribute to a man who has dedicated his retirement years to watching over our kids.”

David’s journey as a volunteer at the hospital began in the 2000s, not too long after he retired.

He had just left rehab when he stopped into the children’s hospital to see if there were any volunteer opportunities.

He initially started out working with long-term patients, but after an encounter with two patients’ mothers he knew he wanted to work with the hospital’s littlest patients.

Twice a week for more than a decade, he held babies and comforted them and their families in the pediatric and neonatal ICUs.

Of course not every child he’s comforted leaves the hospital healthy, and that he said was always “tough” and “a memory that’s not necessarily a positive one.”

“The good times have been spending six months with a family, and the kid had ups and downs, and the kid came out great,” he told CNN in 2017. “Now the kid is 4 or 5 years old and is terrific. Those are the stories I love.”

Now, ICU Grandpa needs our love and prayers during this final stage of his life.

Won’t you join me in sending positive thoughts to him and his family?