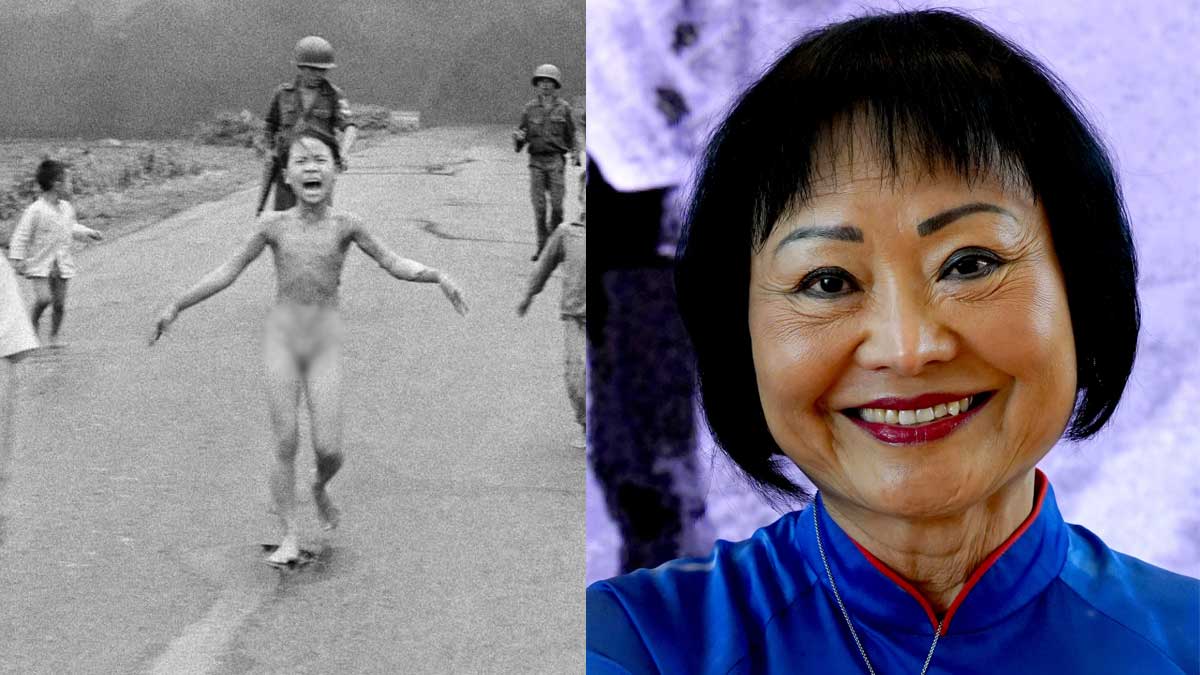 Fifty years after Kim Phuc Phan Thi was severely burned when a napalm bomb struck her Vietnam village, she has received her final round of treatment for all the pain and scars she suffered that horrific day.

Five decades ago when she was photographed running from the attack, she became known as the “Napalm Girl,” but now she’s so much more.

“Now 50 years later I am no longer a victim of war, I am not the Napalm girl, now I am a friend, am a helper, I’m a grandmother and now I am a survivor calling out for peace.”

Phan Thi remembers the day of the bombing. Moments before the attack, she and other children were playing near a bomb shelter.

“Then, I remember after lunch, the South Vietnamese soldiers yell for the children to run,” she told CBS4.

She ran as fast as her little legs could carry her, but it wasn’t fast enough.

Her village had been attacked. There were fires everywhere, and the napalm from the bombs had literally burned her clothes right off her body.

“I still remember what I thought that moment, oh my goodness I got burned then I will be ugly than people will see me a different way.”

While she ran, 20-year-old AP photographer Nick Ut was taking photographs. He captured Phan Thi and other victims of the Vietnam War attempting to flee.

After capturing the Pulitzer Prize winning photo of Phan Thi known as The Terror of War, he poured water on her and brought her and several children to a nearby hospital. But no one thought she would survive.

“Even the doctor said she will die, no way she still alive. I tell them three time and they said no, then I hold my media pass and I said if she dies my picture on every front page on every newspaper.  And they worry when I say that and took her right away inside,” Ut said.

“To be honest he saved my life, and he became a part of my family,” Phan Thi said.

She recovered from her injuries and lived in Vietnam until 1992 when on her way back from her honeymoon she defected to Canada.

However she still dealt with physical and emotional pain of the attack and the attention the photograph received.

“Growing up, I sometimes wished to disappear not only because of my injuries — the burns scarred a third of my body and caused intense, chronic pain — but also because of the shame and embarrassment of my disfigurement,” she wrote for The New York Times.

“I tried to hide my scars under my clothes. I had horrific anxiety and depression. Children in school recoiled from me. I was a figure of pity to neighbors and, to some extent, my parents. As I got older, I feared that no one would ever love me.”

Over the years after enduring countless interviews with media and meeting with various government leaders, she began receiving treatment to help lessen the intense pain she felt on a daily basis.

She has since received 12 specialized laser treatments, all for free, designed to smooth and soften her skin from a doctor in Miami.

Her final treatment which took place Tuesday, according to Miami Dermatology & Laser Institute, was her last.

After all these years Ut and Phan Thi still keep in touch, so it was only appropriate that Ut be by her side as she received her final treatment.

After years of struggling with her identity, Phan Thi has finally fully embraced who she is.

“Now 50 years later I am no longer a victim of war, I am not the Napalm girl, now I am a friend, am a helper, I’m a grandmother and now I am a survivor calling out for peace,” she said.

This photo has always been such a strong symbol for the atrocities of war. And now we hear it’s taken 50 years for an innocent victim to overcome their physical injuries.

I really hope we can learn from this.