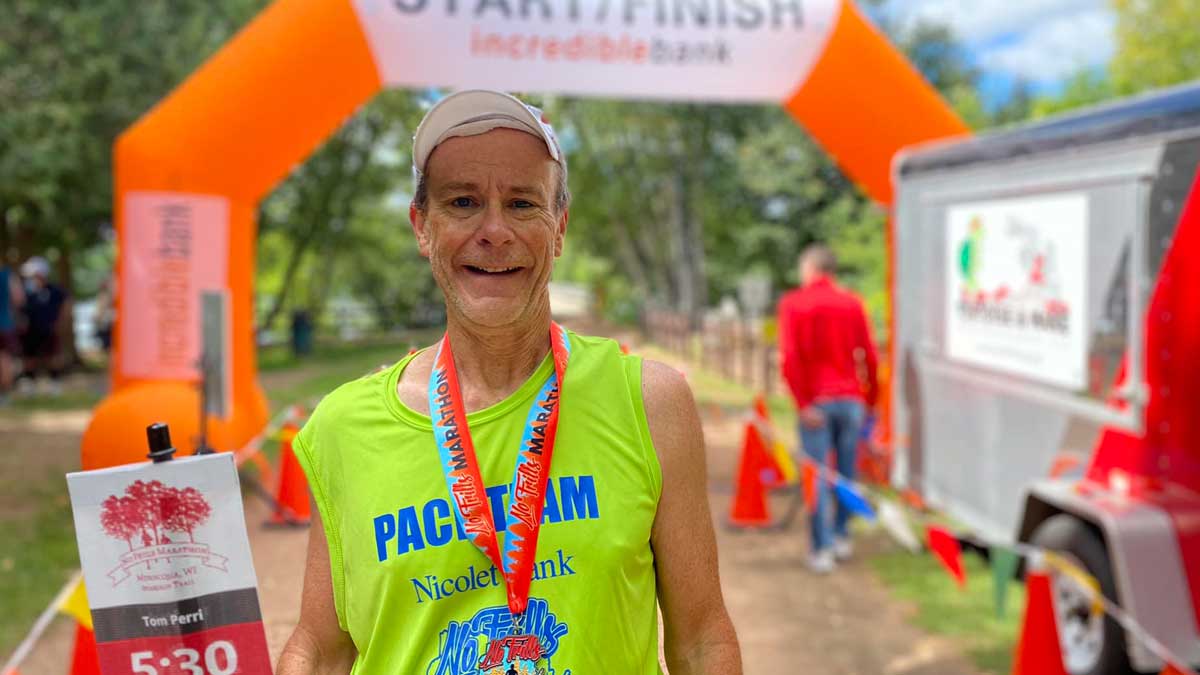 Completing a marathon is no walk in the park, and yet Tom Perri has run over 600 races. And a remarkable 200 of those marathons were run after the 61-year-old was diagnosed with stage 4 prostate cancer in 2019.

“Cancer doesn’t tell me what I can’t do.”

Perri, who lives in Maple Grove, Minnesota, has been running for nearly his entire life. Since he began running as a teen, he’s logged 100,000 miles.

Several years ago he noticed a dip in his performance. At first he thought he was overworking himself, then he considered he might be ill so he went to the doctor for a physical.

Perri was shocked when his doctor diagnosed him with stage 3 prostate cancer. He was otherwise healthy and had no family history.

“It was really confusing, actually. Like, I did everything right in my life… So to have that kind of diagnosis was a total surprise to me, because I statistically wasn’t in a category that I should be in,” he said.

In 2019 he underwent treatment, including surgery to remove his prostate, and once he received the all clear he returned to running.

His dog Otto and the running community have helped him stay motivated over the years.

Three months after his surgery he received news that the cancer had spread and it was now at stage 4. Despite the news, Perri didn’t give up.

If anything he worked even harder.

“It’s an extreme stress reliever, and it keeps me mentally fit and physically fit,” Perri said. “So that I can go through these treatments that I go through when I went through 38 radiations in eight months on a drug treatment.”

While many people would be enjoy a nice long rest after completing a marathon, Perri looks forward to future races.

Tom is an inspiration! If he can do something that is both mentally and psychically demanding on the body while battling stage 4 cancer, then we are all capable of anything!