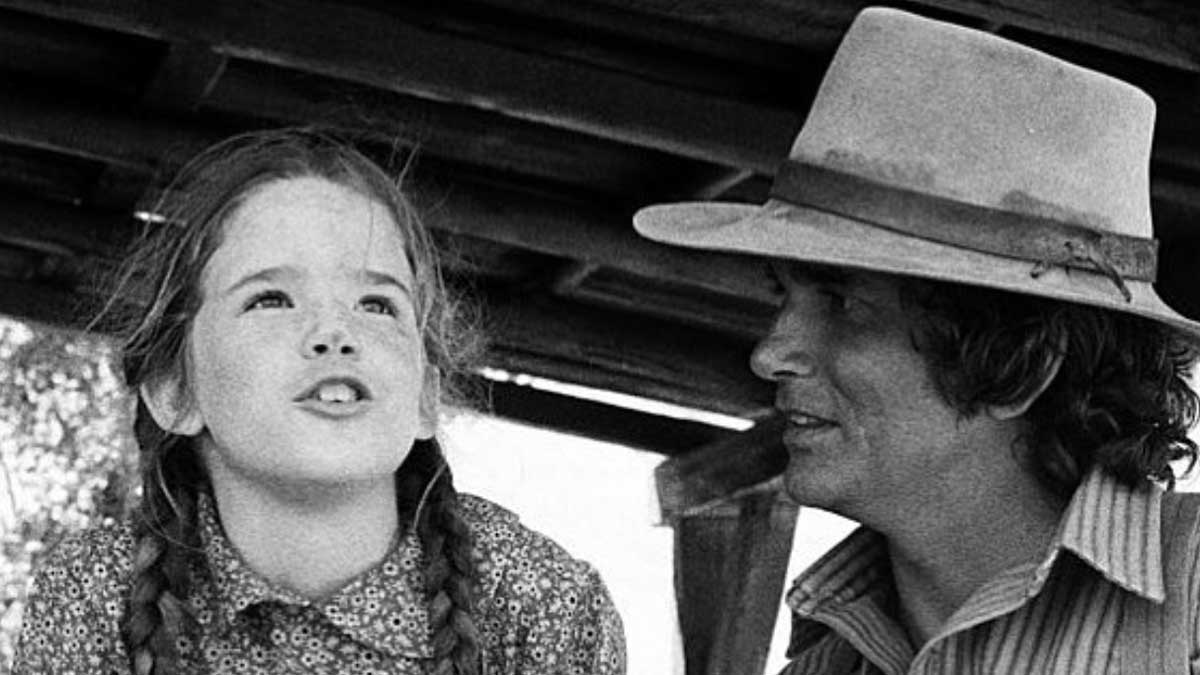 Thirty-one years ago Michael Landon, star of Little House on the Prairie, died of pancreatic cancer. He was only 54.

This year, his little Halfpint, honored her “Pa” with a beautiful tribute and a call to find a cure for a cancer that kills nearly 50,000 every year.

“You would think that I would have been feeling this kind of sadness last year, on the 30th anniversary. After all, 30 seems like more of a landmark number than 31. Yet here I am, feeling the grief and loss deeply today,” Melissa Gilbert wrote for PanCAN.

Gilbert, who starred as Laura on Little House on the Prairie, formed a special bond with Landon both on and off the screen.

Their relationship flourished after Gilbert’s father died in 1976, and she found herself spending more time with Landon and his wife.

“I slept at their house and they at mine, often enough that they felt like my weekend family, and I thought Mike and Lynn were the most glamorous, loving couple,” Gilbert wrote in her memoir, Prairie Tale.

Towards the end of the series, Landon was involved in an affair which put Gilbert and Landon’s relationship to the test. Their communication broke down, and Gilbert didn’t speak to her Pa for years until she learned of his diagnosis.

It’s said that she became his caregiver during the final days of his life.

In her essay shared with PanCAN, a charity that funds research and assists patients and their families, Gilbert remembered Landon as the “principled, honorable man” that he was.

“He was my mentor and one of the greatest influences on my life. Mike was also a husband, brother, father, grandfather and friend when he died those 31 years ago. His death left an enormous hole in the lives of those of us who knew him personally as well those who simply admired his work.”

“His death, as cruel and brutal as it was, would not have happened had it not been for the vicious, pernicious, horrendous disease of pancreatic cancer,” she wrote.

“It doesn’t care who you are, where you live, what you do for a living, how old you are, what religion, nationality, color or gender you are.”

In November 2020, longtime Jeopardy host Alex Trebek died from pancreatic cancer. He was 80.

While remembering Landon and acknowledging the grief his loved ones continue to deal with, Gilbert put out a call to help end the suffering of those affected by the deadly disease.

“If I am feeling this bad, I can only imagine how sad his children are on a day like today. They suffered an unimaginable loss. As have so many others all over the world.”

She signed her tribute and call for help with a loving nod to Landon.

“With love (and with the nickname he gave me all those years ago), Halfpint (Melissa Gilbert)”

It’s hard to believe it’s been 31 years since Michael Landon died. Melissa Gilbert wrote such a beautiful tribute to her “Pa.” I’m sure she and all his loved ones miss him every day.

Please share so we may all send our condolences and remember Michael Landon.