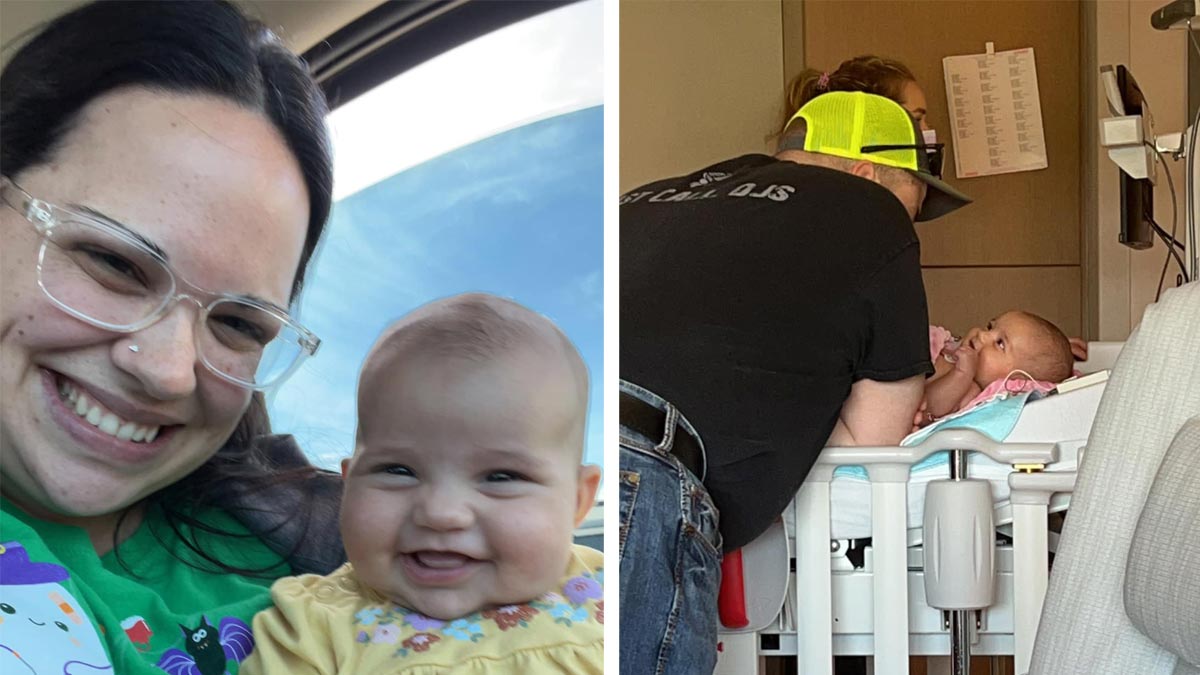 Health officials have been sounding the alarm that this upcoming winter could see a surge in upper respiratory illnesses, including respiratory syncytial virus (RSV), which has already caused an increase in the number of young children hospitalized for the highly contagious illness.

Hannah Brand, a pediatric nurse, is speaking out after her two-month-old daughter fell ill and required hospitalization.

“I’m used to seeing this every day in other kiddos, but when it came down to it was my daughter experiencing this, it was almost like my nurse brain went out the window and it was mom brain 100% and it was very terrifying,” she said.

She said that in late September her daughter, Paitynn, began having difficulty breathing.

“When she would breathe, she was panting and you could see she was almost kind of sweating,” the mom of three said.

“A huge alarm to me was the sinking in of the skin around her ribs, called retractions, and for kiddos, especially in a 2-month-old, retractions is a huge sign of increased work of breathing,” Brand said. “So that was a big, big indicator that something is wrong here, that this is more than just a cold.”

Paitynn’s doctor diagnosed her with RSV. The virus causes cold-like symptoms, but can become serious for infants.

Paitynn was sent to a local hospital and ended up being flown more 100 miles away to Children’s Hospital & Medical Center in Omaha, Nebraska where she immediately began treatment.

“Once she started that light sedation, she was able to sleep and we noticed immediately on her monitors, her oxygen improved, her heart rate improved,” she said. “As she would sleep, her body was slowly recovering.”

Brand said her family considers themselves “one of the fortunate” ones because their daughter was able to be discharged after just two days.

Not everyone is as lucky.

Now, one month after her diagnosis and hospitalization Brand said Paitynn will occasionally suffer from a coughing spell, and they’ve been told her risk of developing certain ailments have increased.

“We’ve just had to keep an extra close eye on her.”

Brand’s message to parents is to “trust your gut.”

Symptoms of RSV in children include fever, runny nose, and congestion, which can later develop into coughing, wheezing, and difficulty breathing.

Loss of appetite is also another indicator that something may be wrong.

“If for whatever reason you question the condition of your kiddo or you’re just not comfortable with how they look, trust your gut,” said Brand. “Please take them in to be seen. If you think at all that you’re not comfortable with something, trust that instinct and get them some help.”

The best way to prevent the spread of RSV is to avoid close contact with those who are highly susceptible to catching the virus, wash your hands with soap and water for 20 seconds, cover your coughs and sneezes, and clean any high-touch areas.

It’s important that we remain vigilant and look out for the most vulnerable. Not only do we not want our youngest sick, but we don’t want to overwhelm the hospitals.

Please share this important information with all your friends and family.