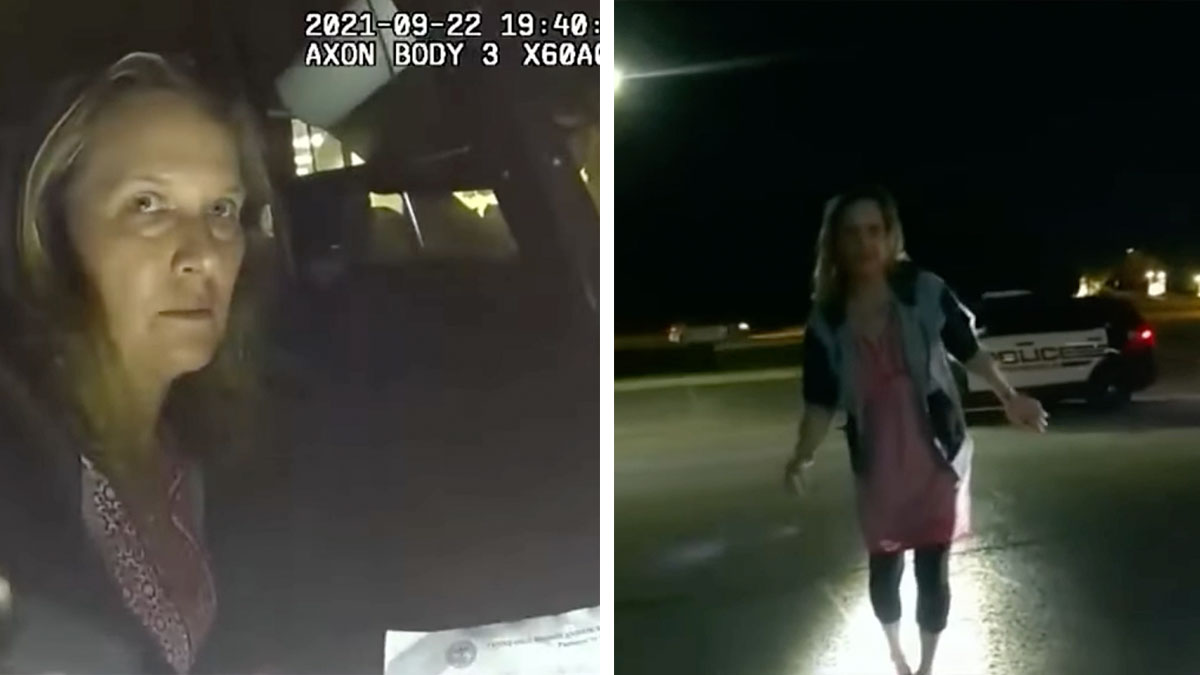 Katie Slayton had just worked what most people work in five days during a three-day time period. She was exhausted, and the single mom needed some alone time to go to the mall.

On September 22, 2021, Slayton dropped her five-year-old son off at daycare and went about her business. But as soon as she returned flashing lights appeared in her rearview mirror, and her life changed in a matter of minutes.

According to WSMV, prior to dropping her son off at daycare, Slayton had worked 41 hours caring for COVID patients.

When the nurse dropped her boy off, the daycare worker noted she appeared “off,” and they contacted police.

When police approached her vehicle, Slayton was unaware of the claims against her. Police questioned if she was drunk or impaired, which although she was taken aback by, she replied no.

Slayton, who said she was taking medicine for ADHD, agreed to a field sobriety test, even though one of the officers can be heard saying, “I don’t smell any alcohol.”

While Slayton performs the field sobriety test, her five-year-old son runs up and down the sidewalk. Officers try to get him to calm down, but fail.

Slayton, who was shaky during the test and “had slurred speech, and her mannerisms appeared to be slowed,” explained the reason she couldn’t concentrate on the task at hand was her “maternal instincts.”

“I just realized they’re taking control of my son, and at that point, I started shaking.”

‘You’re under arrest for DUI.’

Slayton was in shock. She was being arrested for DUI and being told that her child would have to go into state custody if she was unable to find someone to care for him.

Since she had no family in the state and her phone was dead, her son had to go into state custody.

“There was nothing I could do at that point. I felt completely powerless,” she said.

It wasn’t until Slayton underwent a psychological exam that she was allowed to regain custody of her child, but that wasn’t the end of her troubles.

It would be another several months before blood tests revealed Slayton was not impaired at the time of her arrest.

“She did test positive for her prescribed medication. But they were very much within therapeutic levels,” said Ben Powers, Slayton’s attorney.

The charges were dropped, but it still didn’t take away the horrors of that night and what followed.

“Just seeing myself charged with that was horrifying to me.”

During their initial interaction with Slayton, officers asked if she took her medication, which she did.

The problem arose when her ADHD symptoms replicated those of someone who may be under the influence.

Slayton stated she was unable to perform on the field sobriety test because she was exhausted from her shifts and seeing her son being taken away.

She didn’t have any plans to sue the police department, she just wanted her arrest looked into and a formal apology from the police chief. While her arrest was investigation and no discrepancies were found, she did not get an apology.

As a result she said she planned to leave the state.

It’s scary to think that someone who exhibits symptoms of ADHD or possibly another mental illnesses may be arrested for DUI.

Do you think police should be trained to recognize the differences to prevent something like this from happening again?