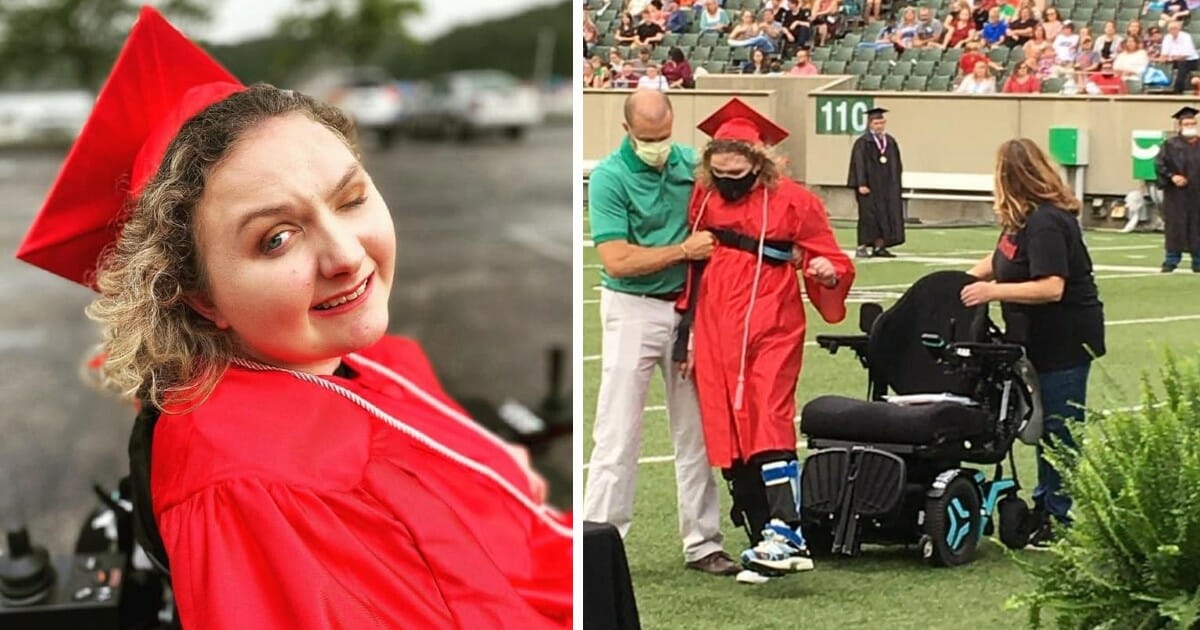 Walking across the stage to receive a diploma is a special moment in many people’s lives, and to the Class of 2020, it’s meant even more than in previous years.

But to Allie Gilkerson, a teen who nearly died three years ago, walking across the stage to receive her diploma meant more than anyone could ever imagine.

It was the night before the first day of her senior year of high school in August 2017, when Allie was involved in a near-fatal motorcycle crash.

The West Virginia teen suffered numerous injuries, including trauma to her brain. Her recovery was long. It took her seven months just to leave the hospital, and from there she went to occupational and speech therapy five days a week.

“I would tell her to fight and keep fighting because she has a lot of people waiting on her,” her sister Brittani Gilkerson told WSAZ.

Since the crash, Allie’s mother, Norma, has been documenting her journey on Facebook.

While there have been several milestones to celebrate along the way, none have been quite as exciting as when Allie walked at graduation.

With the help of her physical therapist, Allie, who doctors once believed was brain dead, made her way across the stage to the sound of cheers from her classmates.

What an incredible accomplishment. Not only did Allie manage to complete high school, but she defied the odds and walked at graduation, something that many believed she would never be able to do again.

Keep up the great work, Allie!