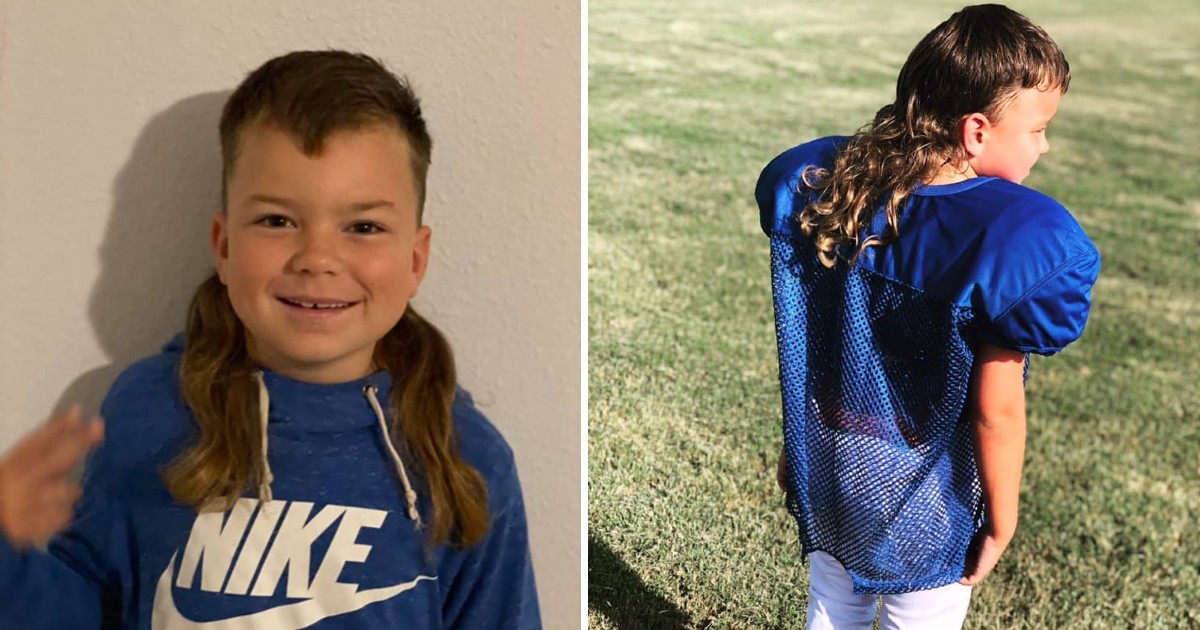 The mullet is one of the most mocked hairstyles of all time. Is it short? Is it long? One will never know.

It became extremely popular in the 1980s, but its origin dates much further back. No matter who wore the first hairstyle that’s now referred to as “business in the front, party in the back,” it seems the style it is back.

At least for a limited time or who knows, maybe longer.

This year a new competition launched, which was meant to celebrate the unique hairstyle.

The winners were recently announced, and an 8-year-old boy from Texas has received the top award.

Jax Crossland from Hunt County, Texas won the 2020 Kids Mullet Championships, according to a press release. Jax’s stunning mullet was chosen as the top hairstyle out of 120 entries.

In addition to proudly calling himself the Kid Mullet Champion, Jax also won a $500 cash prize along with a gift card package.

While this competition was for the kids, the organization has more contests planned for others who want to show off their hairstyles.

“It was really needed as a good distraction from all the craziness,” the event organizer, Kevin Begola said. “A really good mullet will grow with you. It takes on a personality of its own and you need to embrace the lifestyle. It is all about living life to the fullest.”

While it’d be perfectly understandable if the 8-year-old wanted a new hairstyle after winning, it looks like that won’t be the case for Jax.

“I love my hair so much that I might not cut it,” he told KXII during the voting phase.

So what do you say? Is Jax’s mullet worthy of the title or have you seen better?