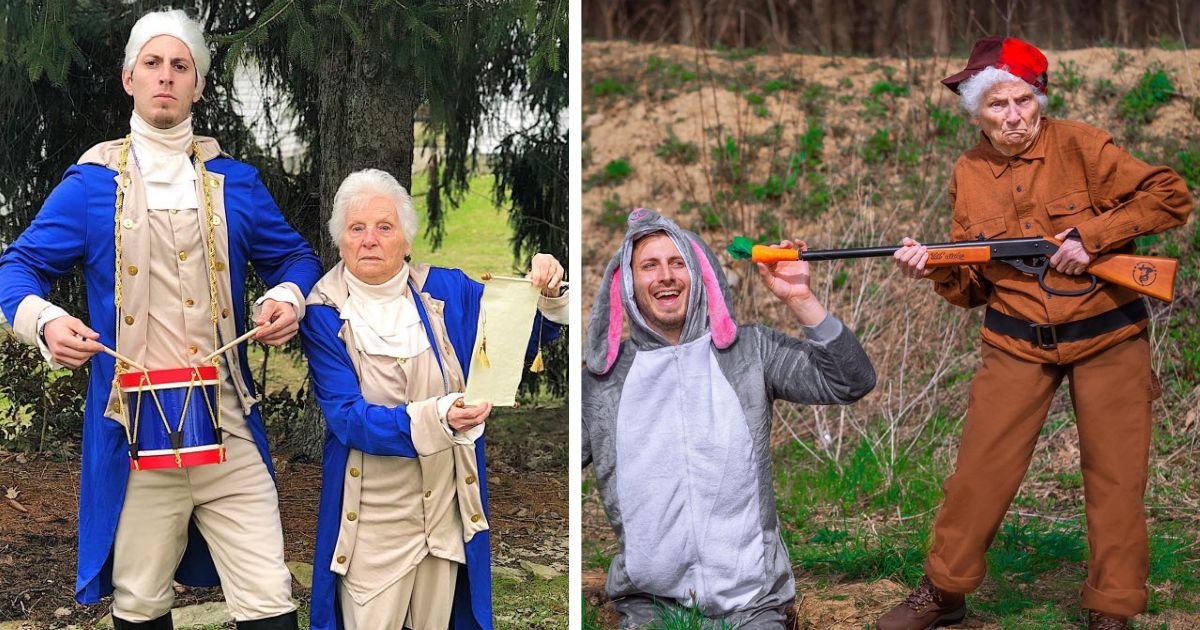 There is nothing like the bond between a grandmother and her grandchildren. No one spoils you like your grandmother, giving in to every whim you might have to put a smile on your face!

Ross Smith has been making content for the internet for quite a while. The social media star first found fame on the now discontinued platform, Vine. He recorded 6-second snippets of his antics on the app and got quite a few followers. But it wasn’t until one day he asked his grandmother to make a cameo in one of his videos did he truly find a following!

After that, Ross Smith decided to include his grandmother in his videos regularly. The duo has been making content for various platforms over the years.

What started out on Vine has now grown to Facebook, Instagram, YouTube, and more. But this was not how Ross started out or even what he had planned.

When Vine shut down, Ross lost his thousands of followers and millions of views almost overnight. After this, he became convinced his career as a social media star was over. But a few weeks later, a video he made with his grandmother went viral on Facebook.

That is when Ross had the brilliant idea; he needed to diversify. Ross decided to become active on various platforms and post on all of them. He did not want a repeat of what happened to him on Vine. Ross says that social media is volatile and anything can happen. Your account can be deactivated for whatever reason, or the app can cease to exist; basically diversifying where he posts to ensure he always has something to fall back on.

The duo also does elaborate photoshoots with one another. They go all out on costumes, props, and more. Clearly, both of them have a love for dressing up in ridiculous outfits and taking hilarious photographs with one another. Ross sometimes spends thousands of dollars on costumes and props, to get the right picture.

People seem to love the spunky character his grandmother plays on camera. They have become so popular that they have even done videos with celebrities such as Chuck Norris!

While Ross has monetized the videos and content he creates with his grandmother, he says Granny is in it for the fun of it and the opportunity to hang out with her grandson.

Ross has talked about on multiple occasions that he tries to make his grandmother accept money but it is a near-impossible task. He says he and his mother sneak money into this grandmother’s bank account.

Becoming a full-time content creator with his grandmother was not always his plan. The first three or four years of creating content were just for the fun of it since Ross at the time had not monetized his content. There was a time Ross even stopped making content in the middle to focus on getting his MBA from the University of Dayton.

But now, Ross’ main focus is on making content and collaborating with his grandmother. And this strategy has done Ross well. His grandmother is universally loved.

The duo gets into all sorts of antics together, and at 95, Granny Smith shows no signs of slowing down. For every major holiday or celebration, the duo poses in elaborate costumes for their fans’ entertainment.

The love Ross and his grandmother share with one another is beautiful. We hope they continue to work together and always make content that warms the hearts of people all over the world!