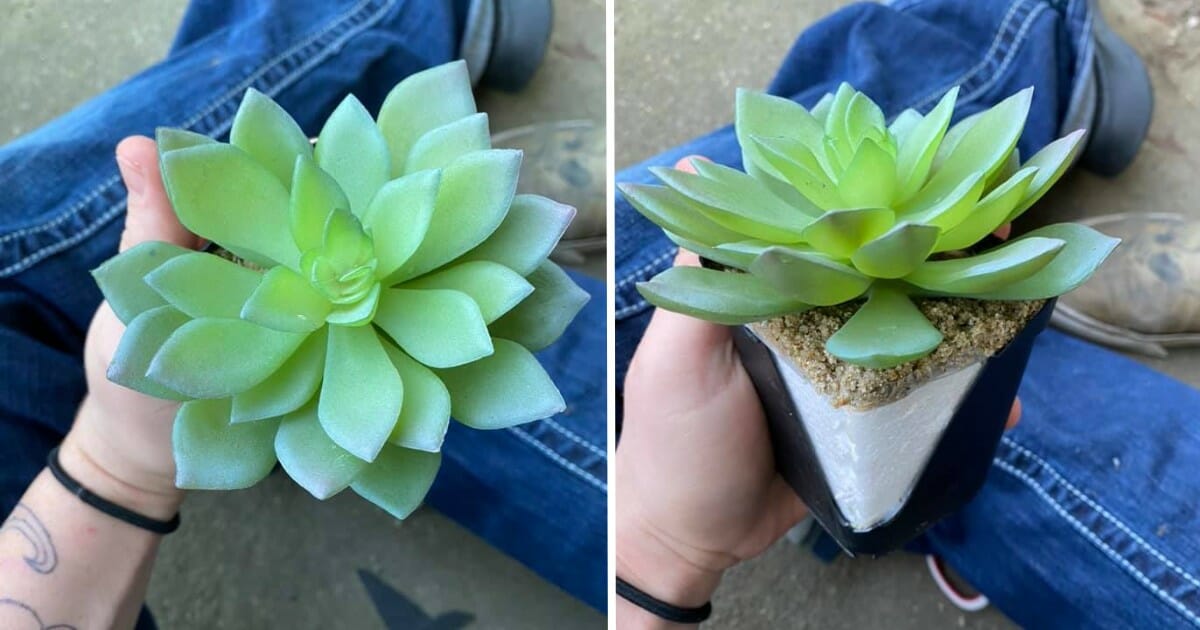 There’s something highly attractive about succulents. They’re often compact, produce beautiful flowers, and once you get the hang of them easy to care for.

Two years ago, Caelie Wilkes purchased what she thought was a beautiful succulent, but recently she learned there was something off about her plant.

“I feel like these last two years have been a lie.”

When Wilkes purchased the plant, she was “proud” of it. She invested a lot of time in taking care of her succulent.

“I had a watering plan for it, if someone else tried to water my succulent I would get so defensive because I just wanted to keep good care of it,” she wrote on Facebook.

Recently, she decided it was time to repot her beloved succulent. After finding the “cutest vase,” she went to take the plant out of its original container and to her surprise she discovered the succulent she had spent the past two years diligently taking care of was fake!

“I put so much love into this plant! I washed it’s [sic] leaves. Tried my hardest to keep it looking it’s best, and it’s completely plastic! How did I not know this.”

Sure enough, underneath the sandy gravel was a block of Styrofoam.

“I feel like these last two years have been a lie.”

How did she not realize in two years that the plant was fake, especially when she watered it? Wilkes told NewsHub that she didn’t use a lot of water, so while it did leak it usually just “dissipated.”

Are you willing to admit that you’ve done something similar? Let us know on Facebook.