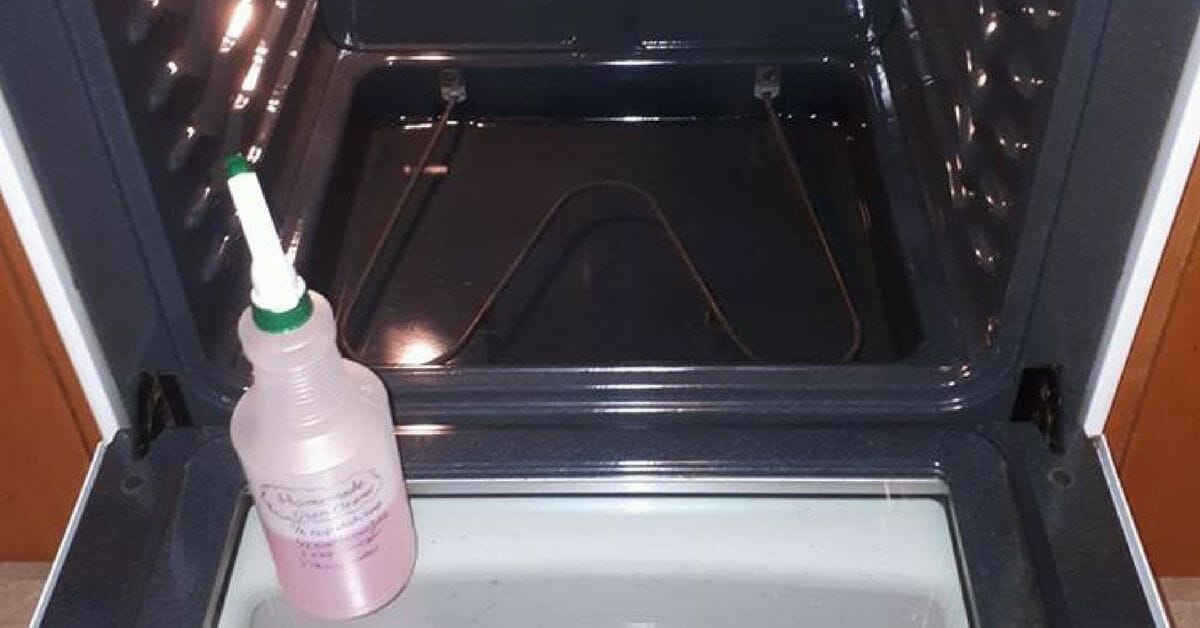 Let’s face it, even for those of us who like to keep our house nice and tidy, there are areas of the home we dread when it comes to cleaning.

Fortunately, not long ago I stumbled across a so-called life-hack when it comes to giving your oven a thorough once over. Though it might sound like a lot of effort to make your own oven cleaner, it’s actually far easier – and more efficient – than you’d believe. Most of the products can be thrown together in a spray bottle you can buy from a dollar store … and the results truly speak for themselves.

Usually when it comes to cleaning the oven, everyone knows it’s a good idea to open the nearby windows. The chemicals involved in getting the hard-baked scum from your oven can be pungent to say the least.

However, thought it’s true you need some degree of firepower if you’re to loosen the toughest grime, putting together your own home-made remedy isn’t all that difficult!

Here’s what you need:

What you need to do

Once armed with your ingredients, combine them all in a spray bottle and coat the inside of your oven with the resulting mixture. Let it soak for a while, before wiping it clean.

One Facebook user posted the results of the method and her story of success garnered more than 54,000 reactions and a whopping 364,000 shares.

Safe to say I’m not the only one now using this technique instead of investing in potent, expensive chemicals.

Tried the Pinterest homemade oven cleaner, and I'm sold on it. Will never buy another oven cleaner again. Worked…

Why not give this fantastic hack a try? You can thank me later.