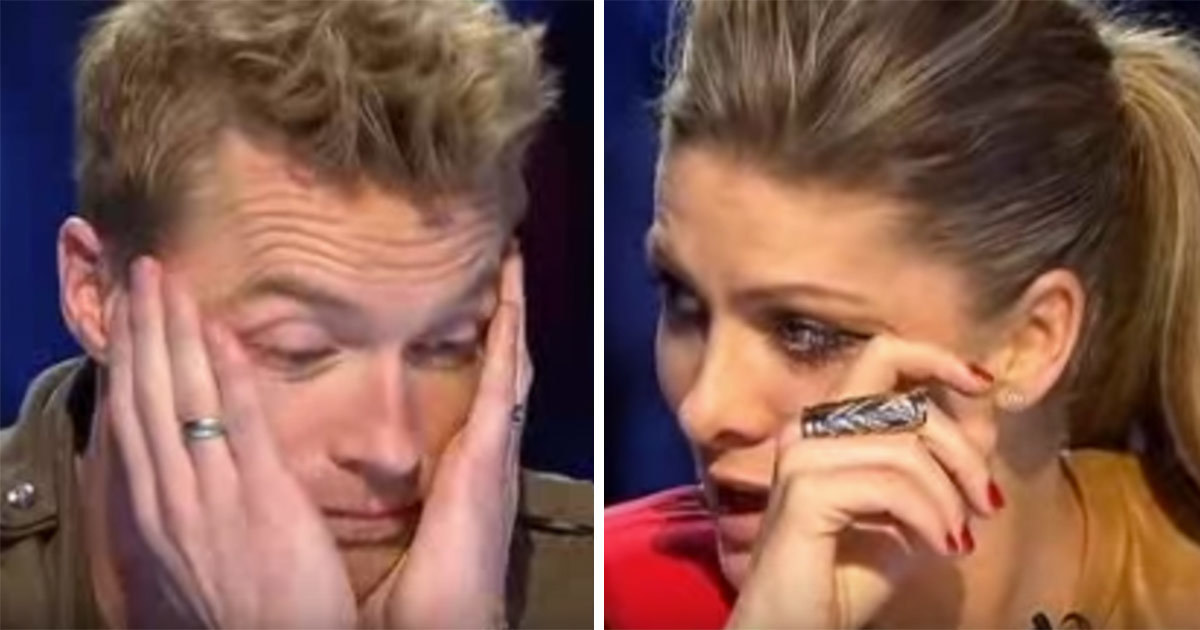 Emmanuel Kelly has had a difficult journey to get where he his now. He was born in Iraq at the height of the war. He was abandoned by his mother—and was later found, along with his brother, in a cardboard shoebox by some nuns.

As victims of chemical warfare, Emmanuel and his brother were born with underdeveloped limbs. The brothers were soon placed in an orphanage without getting proper medical care—but some years later, everything changed.

In 1998, a humanitarian worker named Moira Therese Kelly adopted Emmanuel and his brother and made sure they got the medical care they needed. In his new, safe home in Australia, Emmanuel has always been encouraged to follow his dreams. And after some prodding from his family, Emmanuel auditioned for the “The X Factor” in 2011.

Emmanuel sings John Lennon’s masterpiece “Imagine,” and the teen’s beautiful voice and emotional performance completely capture the hearts of both the audience and the judges.

Warning: Make sure to have some tissues on hand. It’s hard not to cry when Emmanuel sings!

I just can’t get over beautiful Emmanuel’s performance was. If you also loved it, share it with your friends!