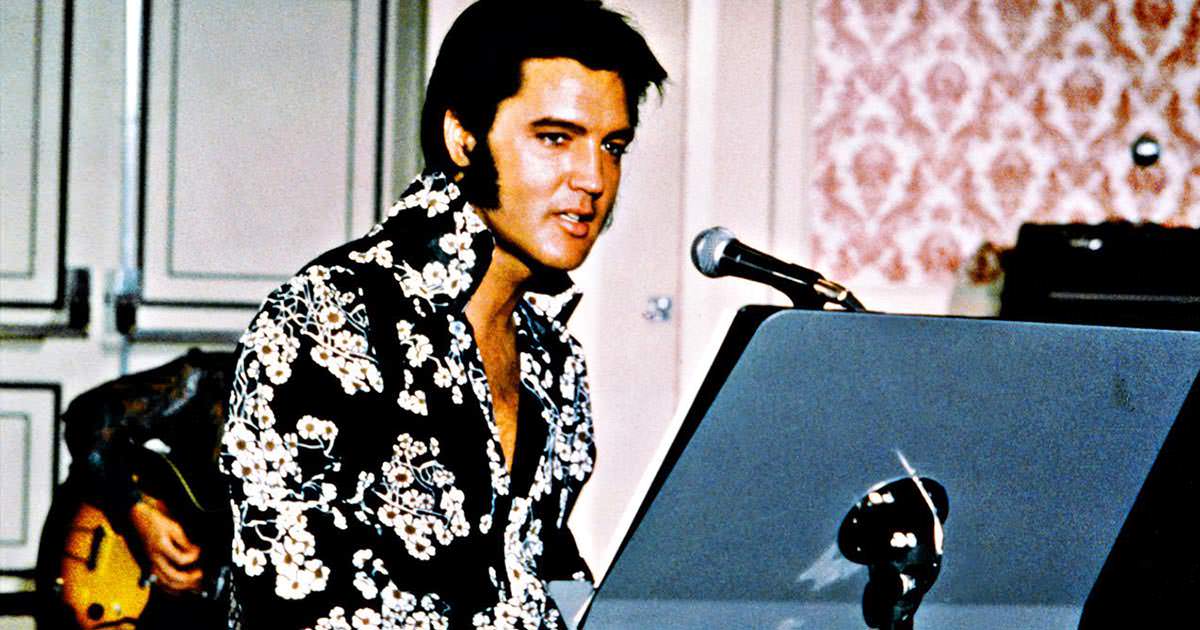 A phenomenal singer with an iconic voice that has spanned through all sorts of genres… of course I’m talking about none other than Elvis Presley.

If you ask me, the king remains unrivalled even today. There will never be another like him.

The recording of this particular song is rare, Country Rebel reports. It was recorded in Elvis’s home, the Graceland Mansion in Memphis, USA, just a few months before his death in August 1977.

In the last year of his life, the King released a blues and soul-influenced interpretation of George Jones’ hit song “She Thinks I Still Care”. It was released as a b-side to the single “Moody Blue” (which was one of the singles from Elvis’s last album of the same title) and both of these songs were recorded in Elvis’s legendary “Jungle Room” in Graceland.

The lyrics are about a man. He seems certain that an ex-lover still cares about him, even though she broke up with him. At the same time, he realizes that it’s also very likely that she doesn’t care at all and therefore sings the line: “But if she’s happy thinking I still need her / Then let that silly notion bring her cheer.”

According to Country Rebel, it was during these recordings that Elvis “displayed his still-endless talent and proved many critics wrong when they claimed he was no longer musically creative.”

The song is still — 40 years later — a reminder of Elvis’ tremendous musical legacy and talent.

Listen for yourself below.

Please share this incredible song if you love Elvis Presley and want to honor his amazing musical legacy. Long live The King!