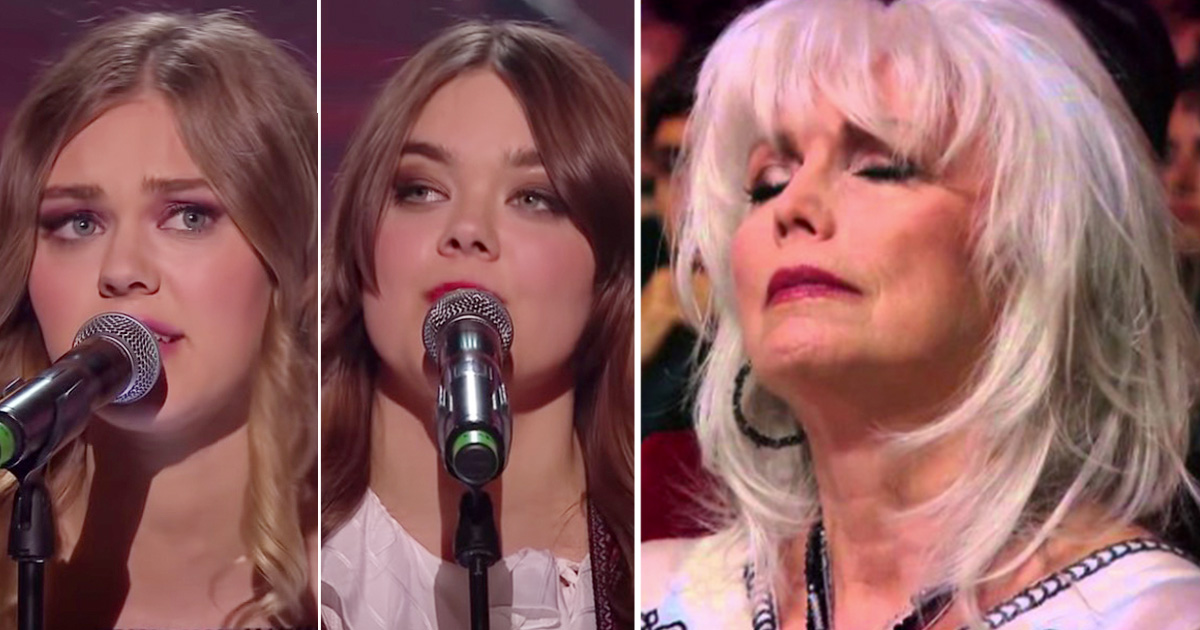 The Polar Music Prize is given annually to someone for significant achievements in music and/or musical activity, or for achievements which are found to be of great potential importance for music.

In 2015, the prize was given to country legend Emmylou Harris.

In a musical tribute to her during the awards, Swedish sister duo First Aid Kit performed. They couldn’t have been more perfect.

When sister Johanna and Klara Söderberg were kids they listened to Emmylou Harris, and she was one of their biggest inspirations and role models.

In their debut album, the song “Emmylou” was a huge hit – song that is a tribute to Harris.

So, when they walked up on stage at the Polar Music Prize’s award show and did that particular song addressed to Harris in their own, unique way, Harris couldn’t hold back the tears.

If your music can bring one of your musical heroes and inspirations to tears of joy, you have accomplished something magical.

I’ve heard Harris sing this song countless times since she recorded it years ago, but these two young ladies made me feel like this was the first time I was hearing it.

The sisters are known for making several music stars cry with their covers. Patti Smith was in the audience when First Aid Kit played her song Dancing Barefoot and the queen of punk broke down in tears…

They have now performed for Patti Smith, Emmylou Harris, and Paul Simon, bringing the former two to tears and getting a standing ovation by the latter.

Not bad for two Swedish 20-somethings…