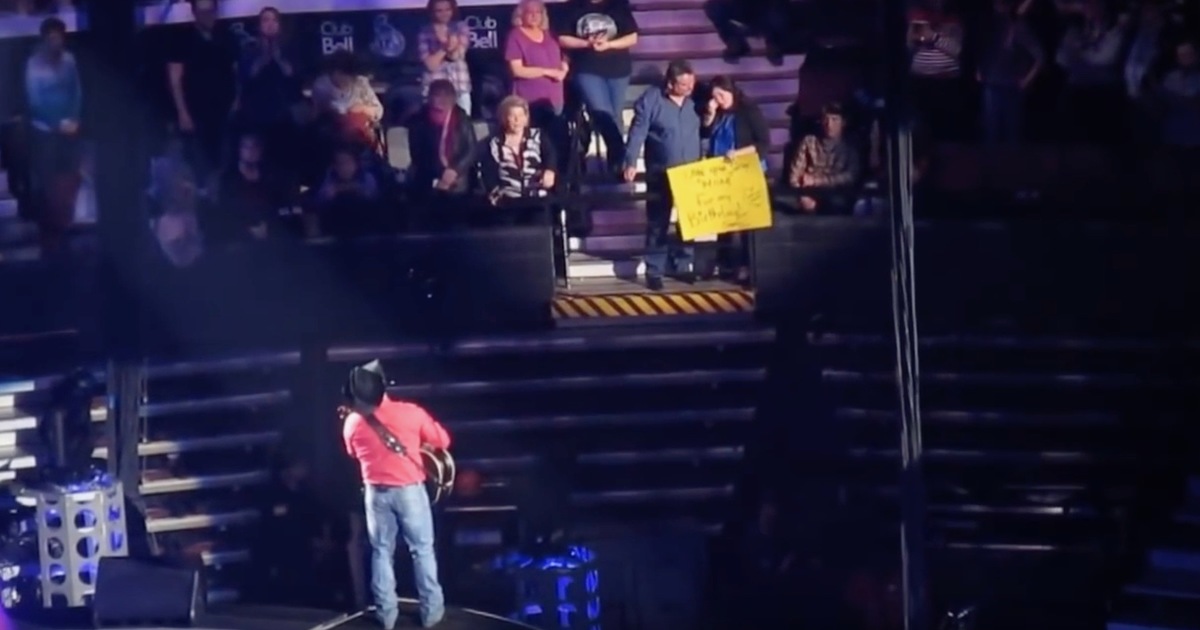 Some performers win over their audiences by putting on an act. But in my mind, true performers are the ones who connect with their fans heart-to-heart, human being-to-human being. No matter where the other person is coming from.

Back in 2016, Garth Brooks was playing a concert in Ottawa, Canada. He looked out into the crowd and saw a woman holding up a big yellow sign.

The woman’s name was Sophie and her sign said, “Can you sing the song ‘Mom’ for my birthday?” Her husband had brought her to the concert to do something special for her big day.

Guessing Sophie was probably a mom, Garth asked her if she’s a mom. But he never could have guessed her answer.

Sophie was indeed a mom, but her little boy, Antoine, had passed away in 2011 at the age of three and a half.

Other performers might have felt awkward and stumbled after hearing what Sophie had to say, but not Garth. He was all class and grace.

Watch this video to see Garth response. He says just about the most touching thing a person could say to a grieving mom on her birthday.

Then after watching his emotional version of his song “Home,” scroll down to see Sophie’s reaction, which she wrote on YouTube after watching the video another fan took of the event:

“The most memorable birthday I could ever ask for! Thank you Garth Brooks, Gary for taking me to the show for my birthday, to the fan who took this video (I could’t even remember half of what happened. I was so stunned!) and to Antoine for showing up on my birthday in a spectacular way! I had requested to Antoine and God in a prayer before the show that Garth sings this song for me especially. I never imagined it would turnout to be such a divinely well-orchestrated moment!

Garth Brooks is nothing short of a class act. That is what I love the most about him, the quality of his heartfelt lyrics, his genuine love for his fans and of course, his God given talent.”

We couldn’t agree more! Share if you love Garth Brooks the deep affection he has for his fans!