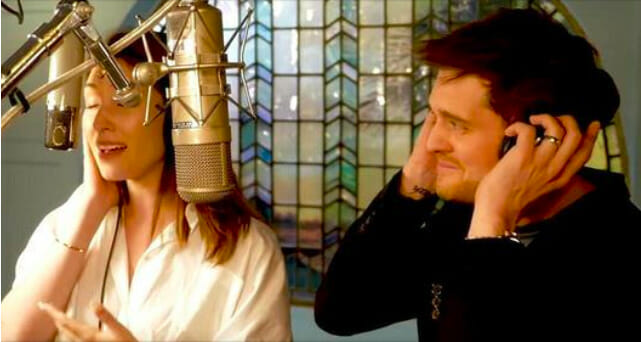 I am just a huge fan of Canadian music star Michael Bublé. Not only is his voice smooth as silk, he is so handsome and charming!

Michael sure has a way around any audience — but it turns out even he can get a little nervous sometimes — as became apparent when he paired up with his favorite ‘voice crush’, Loren Allred.

Michael Bublé is no stranger to creating magical duets alongside huge household names. He has teamed up with some of the biggest names in the music industry, including Barbra Streisand, Kelly Rowland, Mariah Carey and Jennifer Hudson.

But when came the time for Michael to choose the perfect partner to sing popular country ballad ‘Help Me Make It Through The Night,’ he realized he was facing a challenge.

That is, until he discovered Loren Allred — who appeared in the musical The Greatest Showman.

“I had been watching a movie called ‘The Greatest Showman’… and I realized the actress, it wasn’t her singing, so I frantically started to comb YouTube to find out who this was… and I found Loren Allred,” he told a camera crew.

Michael had been searching for just that voice, and suddenly, there it was! In fact, the musical genius had been planning exactly how he wanted to perform the song for some time.

“My concept had always been so strong,” he said. “And in my head, it was always a duet, I never heard it as a duet before but I had always seen it as this incredible, sad, but beautiful story of two needy people who just did not have the strength to be alone anymore…”

Bublé didn’t hesitate and asked Loren if she would perform the duet with him — and needless to say, she obliged!

Needless to say, the outcome is pure magic. Loren’s silky smooth voice paired with Michael’s created the most sublime sound.

Better yet, they shared tremendous chemistry during their recording, making the song even more beautiful and heartfelt.

Thankfully, a behind-the-scenes was recorded so that fans can see how it all went down.

Watch the behind-the-scenes and get glimpses into their hauntingly magical performance in the video below.

How beautiful was this? Pass this along with your family and friends if you enjoyed watching these two come together in this magical duet, too.