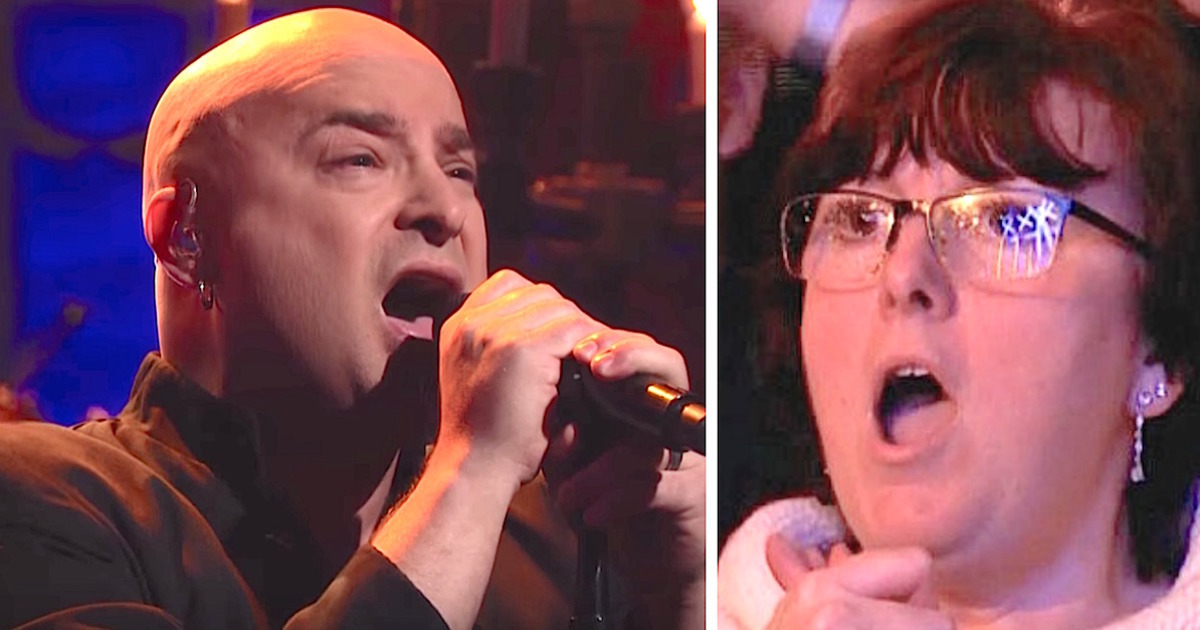 The rock band is well known for its dark and heavy metal music, but this evening they would play a rather different kind of number.

Singer David Draiman and the rest of the band perform Simon and Garfunkel’s classic song from 1965, “The Sound of Silence”.

The original song is certainly already mysterious and profound, but Disturbed’s rock version takes it to a whole new level.

With David’s powerful vocals and a live orchestra in the background, it really is a pure pleasure to listen to. So far, the clip featuring the performance has reached 21 million on YouTube and even compelled Paul Simon to contact David Draiman to thank him for his beautiful interpretation.

“We hoped to be able to pay tribute to one of the largest, brilliant songwriters of all time. Your compliment means everything to me/us and we are eternally grateful,” David wrote on Facebook.