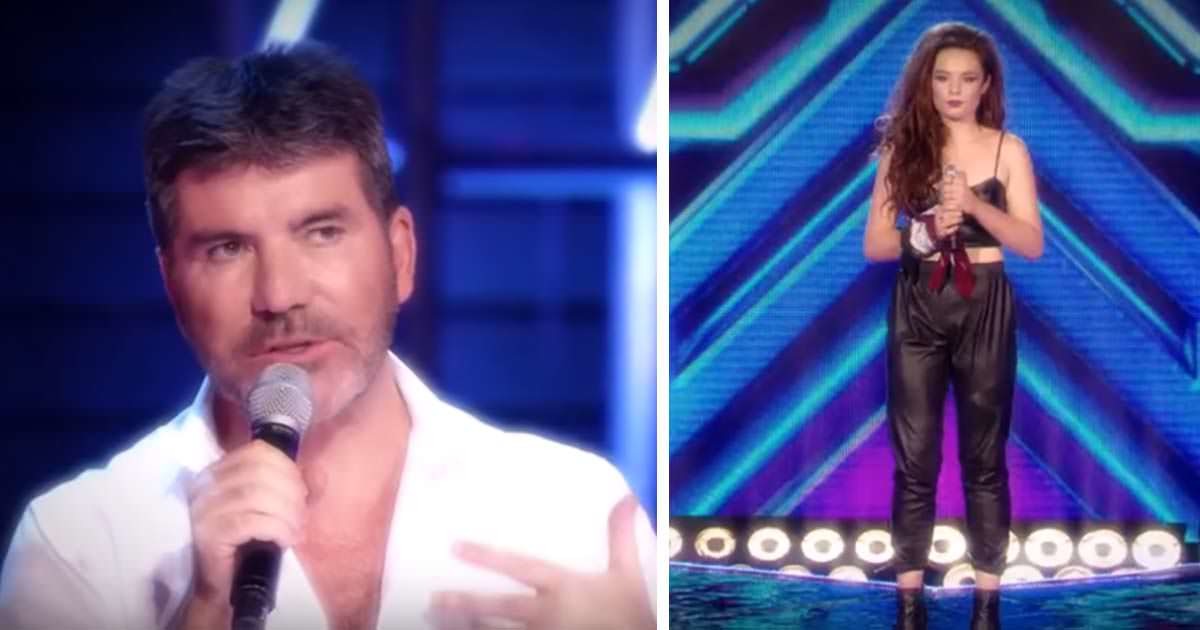 Standing on stage and performing in front of some of the most famous faces in the music industry can be pretty intimidating — especially if you aren’t a professional singer just yet.

Naturally, most people who compete in talent shows want to do their very best and convince the audience that they are ready to take the world by storm.

That’s exactly how Samantha Lavery must have felt last year like when she decided to compete in the British TV show and music completion ‘The X Factor’.

And she sure made it far in the competition.

When she was competing to be one of the final three in episode 11 fall 2016, she had prepared herself carefully for her performance. She had also made sure to look great — wearing a leather jacket, big hair and a lot of makeup.

In 17-year-old Samantha’s head — she had the perfect look for a future pop star.

Samantha had been in Simon’s bad books since her very first audition, where he slaughtered her performance and judged her singing voice.

But despite the brutal criticism, Simon called her back later in the competition. She was also given a wild card — meaning she was given a second chance ..

At this stage, all the remaining contestants were flown to a house by the beach in Malibu where they were given a chance to prove themselves to go further in the competition.

This was it for Samantha — she really had to do her very best.

Once again Samantha was dressed in high heels, heavy makeup and big hair. And once again, Simon was not satisfied at all.

Simon didn’t hesitate in letting the girl know that her makeup and style were not doing her any favours. He asked Samantha to come back and show the real her and not hide behind all that makeup.

Simon’s criticism seemed tough, but it was effective. Instead of feeling insulted and giving up, Samantha gathered herself and came back stronger.

You agree Samantha looks better without all that makeup? Either way, I was very impressed by her beautiful voice and strong courage, it’s not easy to bounce back such tough criticism.

Please share so more people know of this talented 17-year-old!