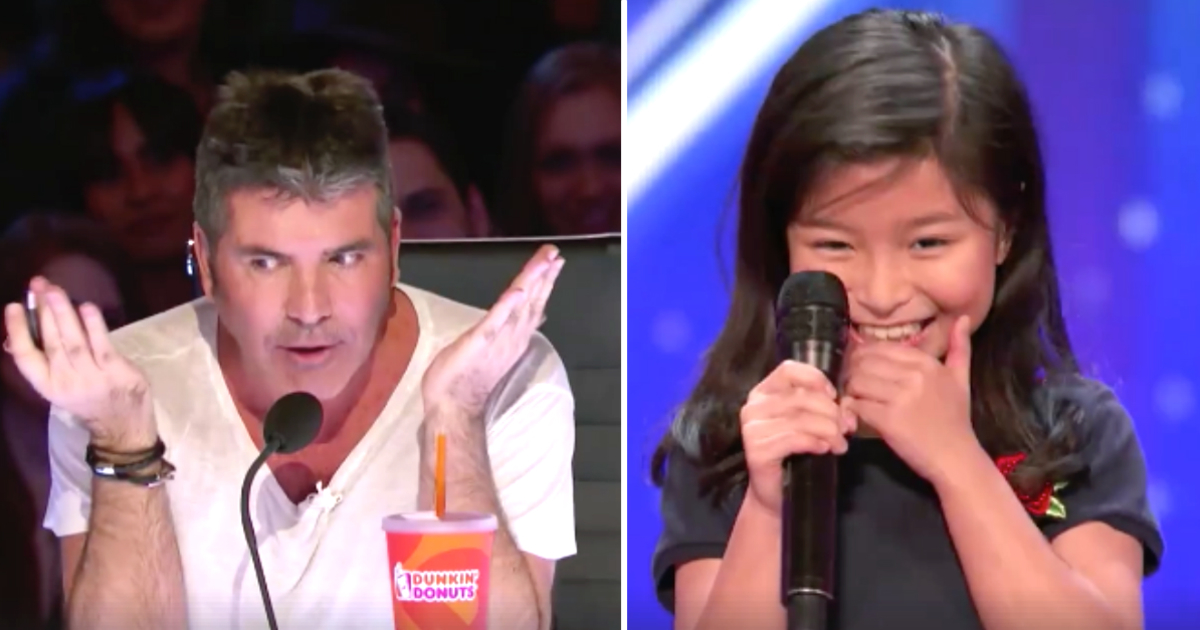 The song “My Heart Will Go On” is such an immortal song that it never gets old. I still remember where I was the first time I heard it.

At the same time, it’s almost impossible to do the song justice, which is why not many singers dare cover Celine Dion’s classic from the movie “Titanic.”

But all the song’s high notes weren’t about to get in the way of 9-year-old Celine Tam. When she got a chance to perform on “America’s Got Talent,” her choice was oobvious: she would sing her idol’s biggest hit.

Celine—named after Celine Dion, of course—stepped onstage ready to impress the judges. But would such a young girl really be able do this heavenly song justice? Could she hit all the high notes?

Celine took the middle of the stage and explained that it had always been her dream to be on the show. Backstage, her mom, dad, and little sister—named Dion—were cheering her on…

One of the judges, Mel B, seemed quite interested in the little girl’s background story, while Simon Cowell quickly grew tired of all the talk about Celine Dion.

And she did she ever!

Simon’s jaw dropped when he heard Celine sing. What do you think… Have we found the next Celine Dion?