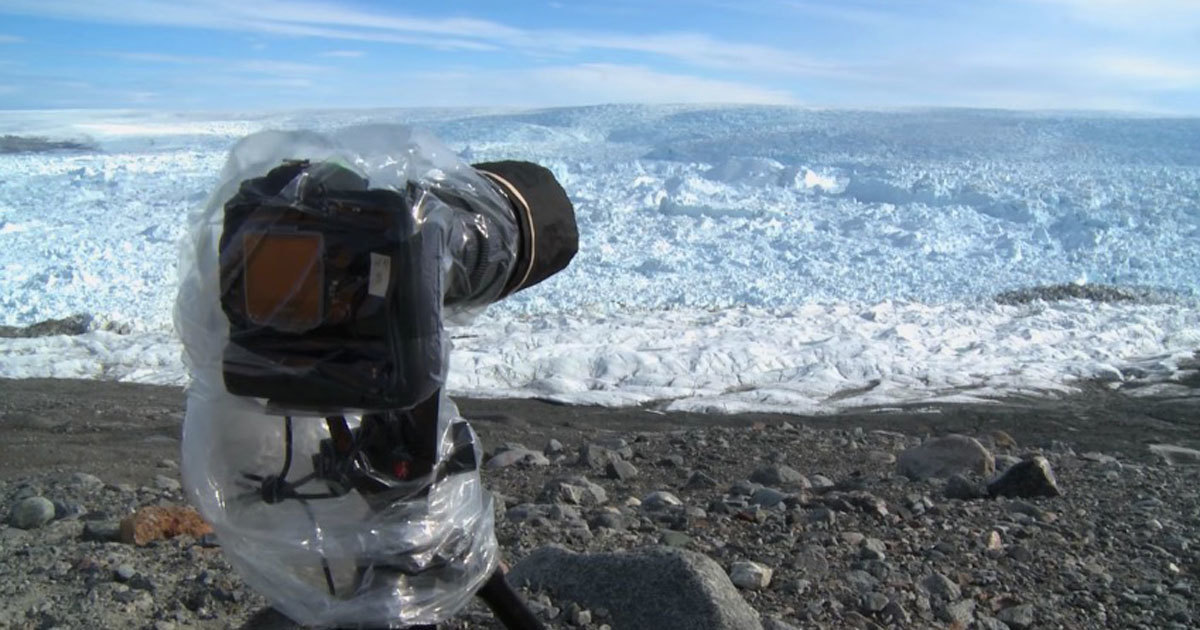 Photographer James Balog and his team were examining a glacier when their cameras caught something out of the ordinary.

The incident took place in Greenland, where James and his mates were gathering images from cameras that had been deployed around the Arctic Circle over the years.

James and his crew were looking for some good shots for an upcoming documentary, but no one was prepared for what would soon unfold in front of their eyes.

Even though American photographer James Balog specializes in nature photography, for a long time, he didn’t believe in climate change.

In fact, for nearly 20 years, he taunted scientists about global warming.

“I didn’t think that humans were capable of changing the basic physics and chemistry of this entire, huge planet. It didn’t seem probable, it didn’t seem possible,” Balog says.

It wasn’t until 2005 that Balog realized something was amiss while taking a close-up look at how climate changes affect nature.

During a National Geographic-commissioned photo expedition to the Arctic, he saw the enormous damage firsthand.

Exactly 10 years later, Balogs’ film “Chasing Ice” premiered, and he decided to document the melting of glaciers with an army of cameras.

And it was in this context that Balog caught one of the most spectacular scenes ever filmed.

In less than an hour and 15 minutes, Balog and his team and saw a piece of glacier the size of the Lower Manhattan fall into the ocean.

The historic event has been recorded in the Guinness Book of Records and clearly shows how serious the situation is for Earth’s climate.

As far as anyone knows, it was an unprecedented geological disaster. Unfortunately, though, it’s unlikely to be the last one of its kind.

In November 2016, the Arctic was 20 degrees warmer than average, which is much warmer than even research models had predicted.

Unfortunately, we’re faced with disaster if we don’t zero our global greenhouse emissions by 2070. But on the positive side, we still have a chance to make that happen.

Hopefully, this video will help convince more people of how serious the situation is, so that together we can help to reverse the trend!

No one can do everything, but everyone can do something. Please share!