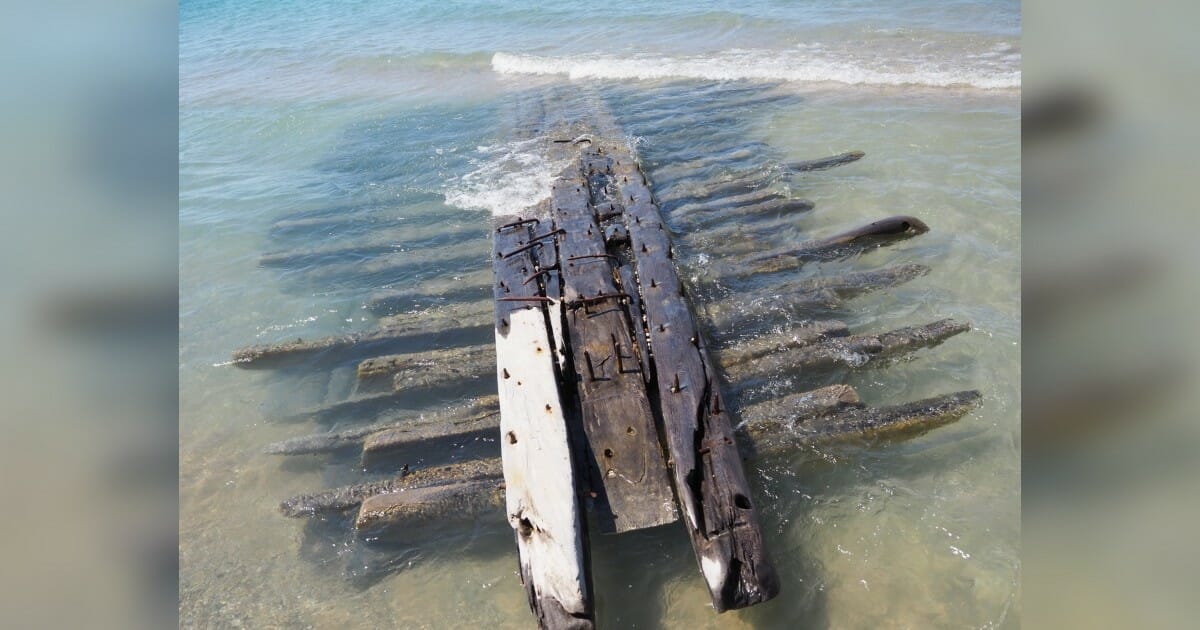 Every so often, a unique piece of history reveals itself on the shores of Lake Michigan – a two-masted schooner that shipwrecked in 1872.

The schooner, name Jennie & Annie, suffered several accidents during its nine years of service. But according to records, on November 12, 1972, it was driven ashore.

“Only 3 of the crew made it to shore; the rest drowned in the strong surf and cold water,” an article from November 15, 1872 said.

Since then pieces of the ship have surfaced in Lake Michigan over the years. Most recently, at the end of April.

Kim Kelderhouse, curator of collections for the Leelanau Historical Society Museum, learned the the shifting tides had revealed the nearly 150-year-old shipwreck and decided to take a look for herself.

“Artifacts still in their original location give us perspective and context of the place where we live. They remind us that history is all around us, not just in the past.” she told MLive.

According to the Leelanau Historical Society Museum, the schooner was built for William Crosthwaite for John Kelderhouse in Buffalo, NY in 1863. Crosthwaite was considered one of the leading shipbuilders in the Great Lakes region at the time.

On November 12, 1872, it was loaded with corn when it ran ashore roughly nine miles south of Sleeping Bear Point. Heavy surf and gale-force winds pummeled the ship. All 10 crew climbed the masts until the schooner was torn to pieces. Three crew members were able to make it to shore.

While you are able to get an up close look at history, Kelderhouse had a reminder.

“It is a final resting place for seven men and should be treated with respect.”