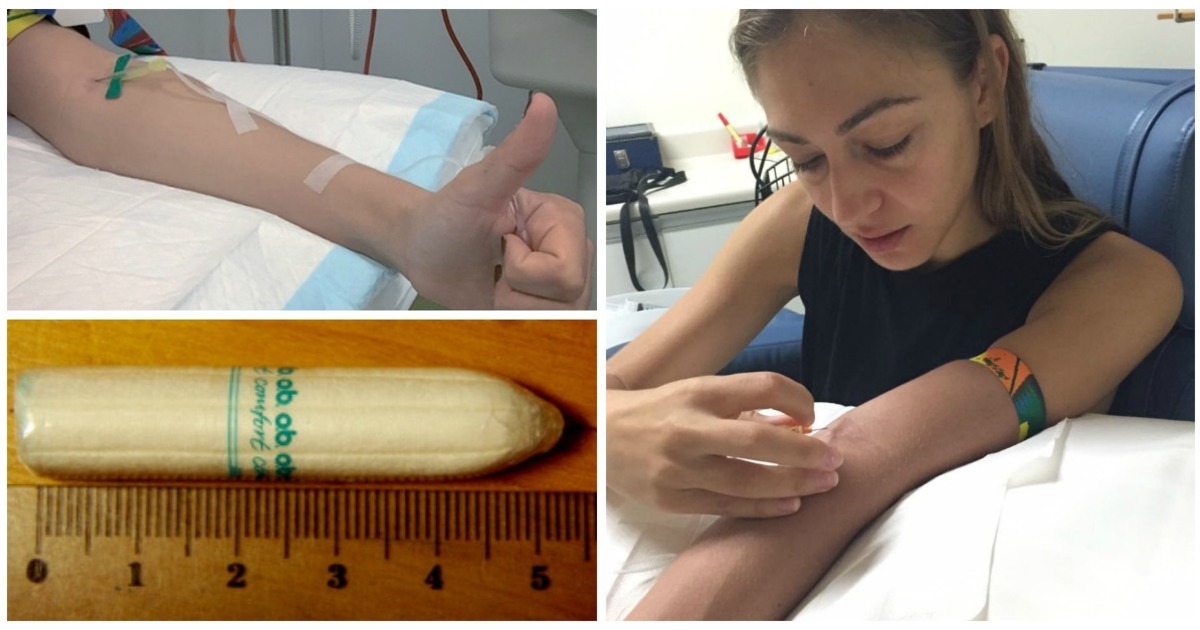 For many women, menstruation is painful and messy. And in many places in the world, it’s also a taboo subject—even though it’s completely natural.

However, there’s one thing you can say about periods, and that’s that they’re usually quite predictable. They’re a monthly reminder that everything is working as usual down there.

But for 19-year-old Chloe Christos of Perth, Australia, her periods were anything but normal.

In fact, when Chloe got her first period at age 14, she didn’t just bleed for five days or so. Instead, her period lasted for a full five years.

Now, Chloe is calling attention to her situation, so that no woman has to experience what she went through.

Chloe Christos got her first period when she was 14, but her experience was unlike that of any of her peers.

Instead, Chloe ended up living a five-year nightmare.

Chloe told the Daily Mail, “I couldn’t do anything… I was fainting a lot, I had dangerously low blood pressure, and it wasn’t really a good idea for me to drive or go out.”

Chole lost about a pint (500mL) of blood every four days during those five years. During a normal menstrual period, women usually lose about 1-6 tablespoons (10-80mL) during a typical period.

For five long years, Chloe was held hostage in her own body.

She fought hard to find a diagnosis, but most doctors wouldn’t take her problems seriously and disregarded them as “women’s troubles.”

“It was very hard when I came into the emergency room and the doctors refused to treat me,” Chloe said.

But when Chloe turned 19, she finally found a doctor who listened to her and diagnosed her problem.

The doctor concluded that she had von Willebrands disease, an inherited bleeding disorder. Chloe had some of the proteins associated with hemophilia, a hereditary bleeding disorder that limits the body’s ability to clot blood.

Not Chloe understood why she was bleeding, but simply getting a diagnosis didn’t solve her problems.

Today, at 27 years old, Chloe works as a stylist and an artist, and is beginning to get a handle on how to treat the disease.

She was initially given iron supplements for her blood loss and was put on a drug to help her blood clot. But she needs to take the medication continuously, and it doesn’t always work.

A few years ago, Chloe’s doctor suggested a hysterectomy, but Chloe didn’t want to lose her chance of becoming pregnant before she had even thought about having children.

After several years, Chloe came in contact with a specialist center that conducts research on inherited bleeding disorders.

Chloe enrolled in a trial of an experimental drug that’s usually only given to men with clotting disorders. She gets an injection once a month, and so far, the effects have been remarkable.

For the first time in her life, Chloe has a normal menstrual cycle, or as she told the Daily Mail:

“It’s the difference between being hospitalized for two weeks of the month and taking two paracetamol and having a heat pack for one day.”

I’m so happy to hear that Chloe finally found a solution that allows her to live a normal life!

With her newfound energy, Chloe is putting all her effort into helping women around the world get the right diagnosis and treatment.

“I will make contributions any time I can to help educate and make the world aware, to avoid someone else standing in my shoes.” Chloe told Little Things.

Please share Chloe’s story on Facebook if you also think that doctors should listen carefully to their patients’ concerns!