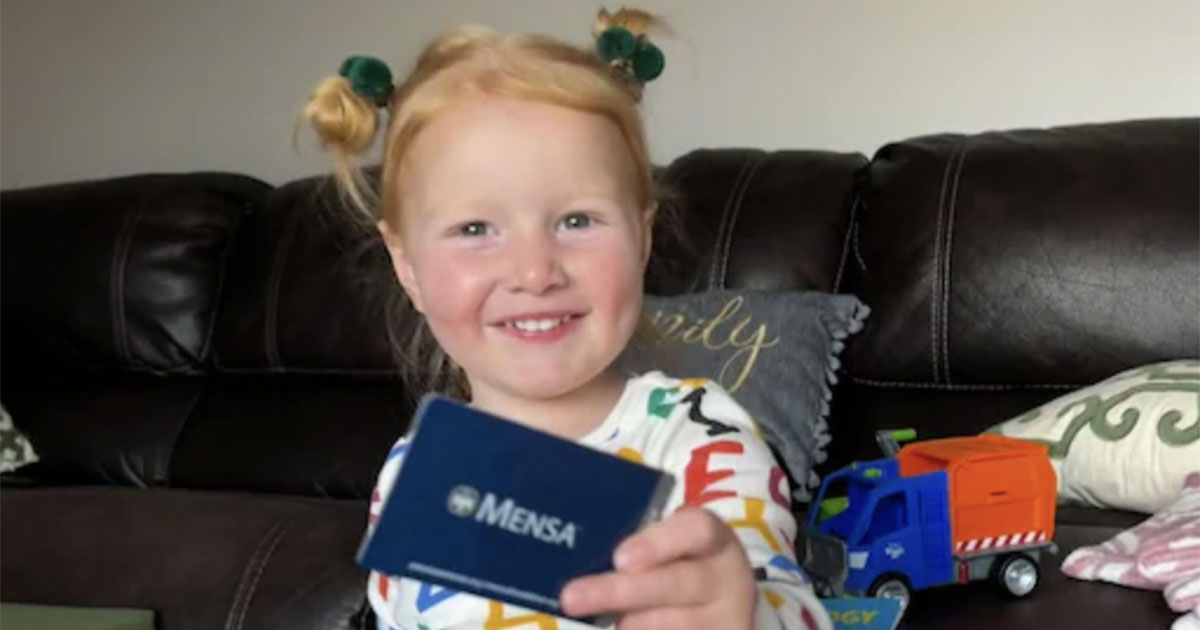 Every generation has its own prodigy. Children who display extraordinary skills make you believe in miracles because of their phenomenal abilities.

Similarly, Isla McNabb did certain things that made the hairs on her parents’ necks stand…

Much like any other 2.5-year-old toddler, Ilsa McNabb likes watching “Blippi” on YouTube. But unlike any other toddler, she also has some extraordinary skills which confounded her parents.

Her mother Amanda who is an auditor and her father Jason who is a dentist both noticed Isla’s toy alphabet letters in configurations spread across their home. Their pet cat had the letters C-A-T next to it. While next to the couch, they saw S-O-F-A.

They figured out that it was their toddler putting those letters together. Impressed at her ability to not only recognize words but spelling them, they decided to have her IQ tested. She scored in the top percentile, in the top 1%. Because of her results, she was invited to be a member of Mensa, which only offers membership to people who score in the top 2%.

This makes her one of the youngest members of the organization at just 2.5-year-old!

Her parents noticed near her 2nd birthday that their daughter was sounding out words without any help. They gifted her a tablet and wrote down words on it which allowed the child to sound them out.

Her dad wrote “red” and she sounded it out without a problem. She did the same with the words “purple, blue, and yellow,” her mother was sure she would get confused with “orange” but the toddler expertly sounded it out as well.

“Everything we threw at her, it just seemed like she picked it up right away,” her dad said, adding, “it was incredible.”

Her parents continued to teach her new words and pretty soon her vocabulary was over 500 words.

They visited their pediatrician recently and mentioned to him that Ilsa was an expert reader. The doctor thought the parents mean she can repeat bedtime stories she hears but when she began reading a poster in the doctor’s office, he was shocked.

Most children start reading at the ages of 6 to 7 years old. But Isla’s intelligence is not just limited to reading. She can also count; both forward and backward. As well as do simple mathematical sums.

Like most intelligent children, Isla also does not sleep as much as a normal toddler which tires her parents out. They are also not considering any further testing because as her mother says, “I can’t have her knowing that she’s smarter than me.”

Isla McNabb surely is a special little girl who has a bright future ahead of her.

Share this article with others to amaze them about Isla’s intelligence.