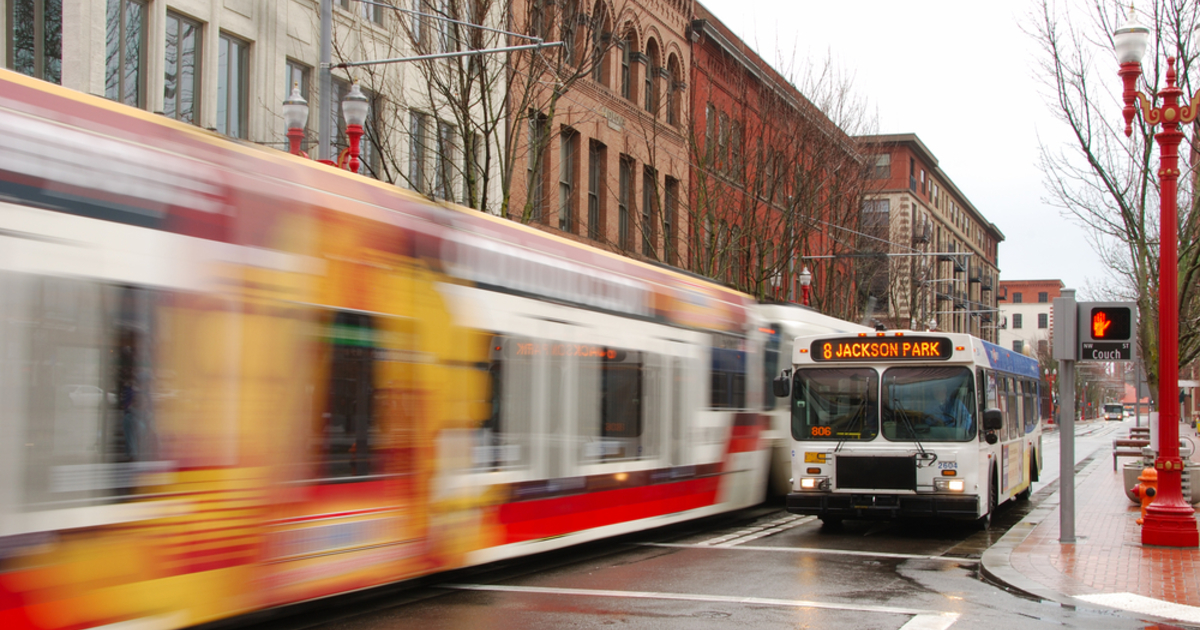 It’s a tragedy that has broken the hearts of people around the world. But as heartbreaking as it is for those of us who never knew these two courageous men, I can’t imagine what it must be like for their loved ones—and expecially their parents.

Reading through the tributes to these heroes, I was particularly touched by what Asha Deliverance, the mother of one of the men, 23-year-old Taliesin Myrddin Namkai Meche, wrote on Facebook. It breaks my heart to see a mother forced to say goodbye to a son who clearly had his whole life ahead of him. But I was also touched to see how strong she is and how she refuses to let a murderer take away her son’s spirit.

The man said, “Get off the bus, and get out of the country because you don’t pay taxes here,” among other things, according to passenger Evelin Hernandez.

Taliesin and 53-year-old Ricky John Best, along with 21-year-old Micah David-Cole Fletcher, refused to stand by while the man insulted the girls.

But when the three heroes approached the man, he pulled out a knife. The man slashed the throats of Taliesin and Ricky John Best, who both died on the spot, and inflicted minor injuries on Micah David-Cole Fletcher, according to KATU2.

Jeremy Joseph Christian, 35, was arrested and charged with offenses including two counts of aggravated murder over the incident, which occurred just hours before the beginning of the Islamic month of fasting, Ramadan.

After losing her son to a such a senseless act of hatred, Ashe Deliverance wrote a moving tribute to him on Facebook:

“Taliesin Myrddin Namkai Meche, My dear baby boy passed on yesterday while protecting two young Muslim girls from a racist man on the train in Portland. He was a hero and will remain a hero on the other side of the veil. Shining bright star I love you forever.”

I can’t imagine what it would be like to be a mother and lose her 23-year-old son. But I do know that she raised him right. And the overwhelming response to Asha’s post gives me hope that love still outshines the hatred in this world.

Although one man committed a heinous act of of prejudice and violence, he is far outnumbered by those who wish for a world where we can live harmoniously despite our differences, including race, culture, sexuality, and religion.

Thousands of people have already offered tributes to Taliesin in Portland, at his alma mater, Reed College, and around the world on social media.

Tributes have absolutely poured in on Twitter and Facebook, where in less than 24 hours, 55,000 people offered Ashe words of support.

One Facebook user wrote: “Thank you for creating such a beautiful soul. You helped shape him into the man he was that he thought of others before himself. I’m so sorry for your loss and to everyone that loved him.”

Another wrote: “Your son was a man with a wonderful heart full of bravery and courage; a reflection of those who raised him. May God have mercy on his soul. I am truly sorry for your loss. ❤️”

And still another wrote: “Heroes never die, they live on in our hearts and memories. His sacrifice will not be forgotten and will spark something bigger than all of us. He is an example of what humanity is lacking.”

In a separate statement, Taliesin’s family said he “lived a joyous and full life.”

“In his final act of bravery he held true to what he believed is the way forward. He will live in our hearts forever as the just, brave, loving, hilarious and beautiful soul he was. We ask that in honor of his memory, we use this tragedy as an opportunity for reflection and change. We choose love. Safe journey Taliesin. We love you.”

My heart goes out to Taliesin and his mother, as well as to Rick Best, Micah David-Cole Fletcher, and all of their loved ones. Let’s not let the deaths of Taliesin and Rick be in vain. I hope that their courageous act can serve as an example to everyone so that we all stand up against prejudice—and people like the man who took Taliesin and Rick no longer dare to speak hatred.

Please share and pay tribute to these heroes. Love will always overcome hate!