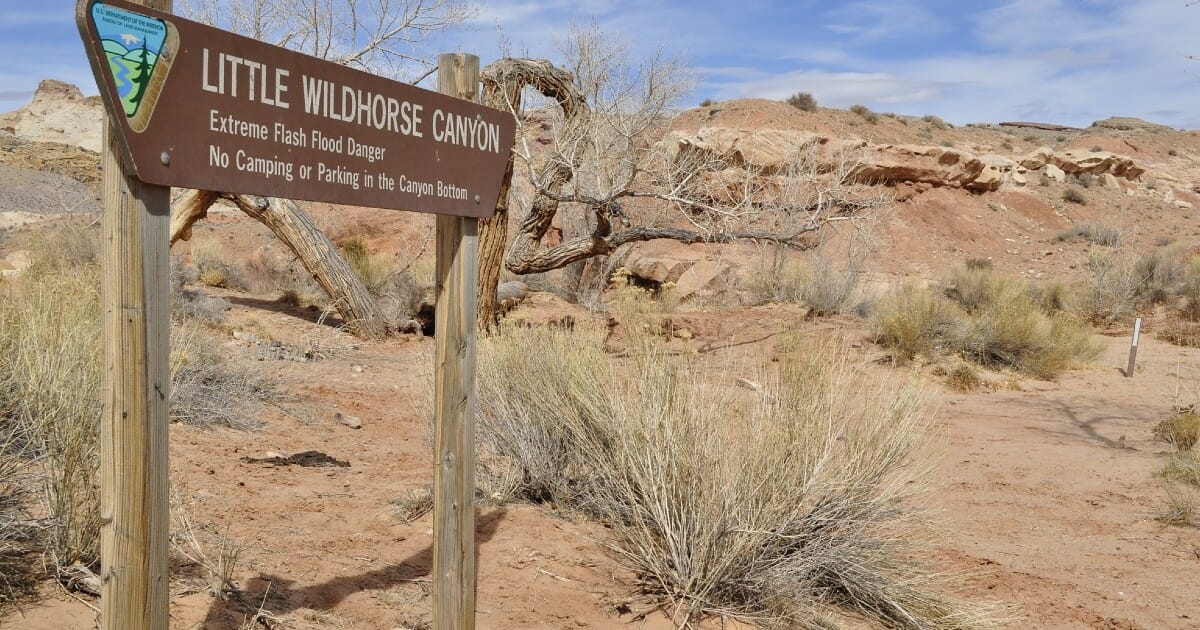 A 7-year-old girl died Monday when a flash flood swept through Little Wildhorse Canyon in Utah.

According to KUTV, 21 people made it out of the canyons near Goblin Valley State Park, but at least one person, a 3-year-old girl, the victim’s sister, remained missing.

It’s believed everyone else has been accounted for.

As of Tuesday morning, the young girl had not been found. The Emery Count Sheriff’s Office updated their original statement to say that a piece of the 3-year-old’s clothing had been found seven miles from the staging area.

Nearly 70 personnel continue to look for the missing child.

Around 1:30 p.m. Monday, the National Weather Service in Salt Lake City tweeted that a thunderstorm was approaching the park. Hail and strong winds were to be expected.

Tom Gowan was in the park when the storm hit. Gowan shared on Twitter that it only took 15 minutes for the rain to turn into a “raging river” that was about three to four-feet deep.

Gowan noted that it took about an hour for the water to recede enough so that he could escape the canyon.

This is a terribly tragic situation. Please share this and send prayers and positive thoughts to all of those involved.