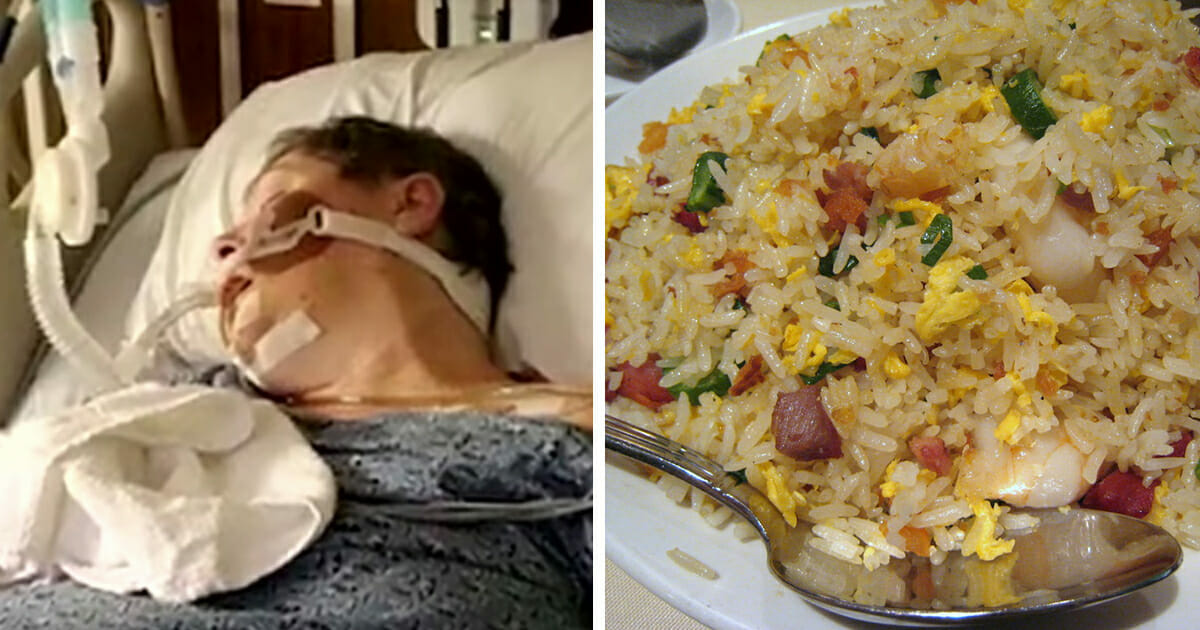 Fried rice is a dish most of us know and love; it goes with almost anything and can make a delicious meal just on its own.

But just like with all great things, there’s a potential for fried rice to go bad – and I’m not talking about some lack of flavour.

When 62-year-old Germain Mobley ate this popular dish at a restaurant just outside of Dallas, she didn’t expect to spend the next week in hospital violently ill.

She was diagnosed with something called Fried Rice Syndrome and it’s something we should all be aware of.

After eating at a restaurant called Asian King Buffet in Waxahachie just outside of Dallas, Germain Mobley felt that something was wrong.

“I was very, very sick,” Germain told Inside Edition.

It was in 2016 that Germaine suddenly became ill after a visit to the restaurant.

She felt fine while eating her order of fried rice but on the way home she started to feel unwell.

“I just started vomiting, “she said, according to WFAA. “The next morning, I was having problems breathing, so my husband called an ambulance.”

Germaine ended up spending 8 days in the ICU.

“You just never dream that you would go out to eat and get that ill,” Germaine said.

Germaine was diagnosed with Fried Rice Syndrome which occurs when rice is left too long to cool and a bacterium called Bacillus cereus can develop.

The bacteria release two types of toxins that each cause a different illness. One causes diarrhea while the other toxin elicits vomiting, according to the U.S. Food and Drug Administration (FDA) Bad Bug Book.

Chefs leave the rice to cool so it doesn’t get clumpy when fried – but if it’s left too long it can be dangerous to those who consume it.

The restaurant denies her claims that its food made her sick.

“Fried rice is definitely one of the most common food sources for B. cereus,” Dr. Sam Crowe told USA Today.

For you who cooks rice at home, cooling it on a flat surface will get it to the right temperature quickly and avoid the contraction of this bacteria.

That is vital for decreasing the risk of contracting a B. cereus illness, according to the U.S. Department of Health and Human Services.

Also remember – reheating or freezing any foods that have been left out for more than 2 hours may not prevent illness!

Mobley and her lawyer, Kathryn Knotts, hope that this tragic story will serve as an important warning to those who enjoy this dish to be careful with how often it has been left out.

It might just save you a trip to the hospital.

Please share so more people know about the potential dangers of fried rice.