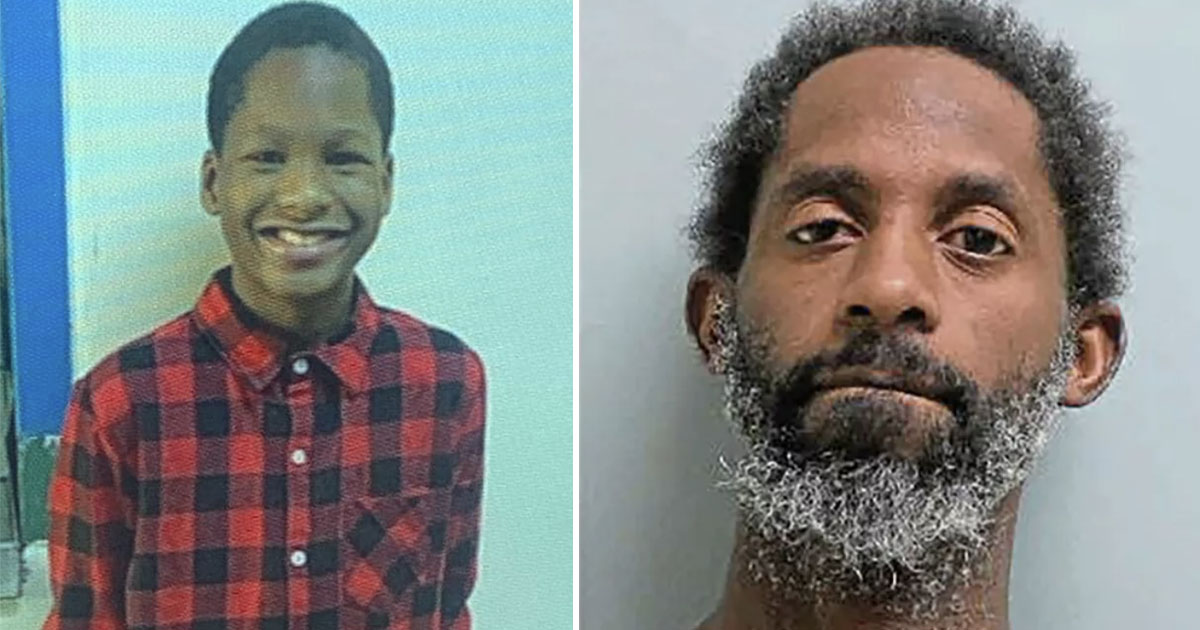 The most basic idea everyone has about the world is that parents take care of their children. But every now and again, we come across stories that show us that sometimes a parent can be the biggest threat a child faces.

On May 4th, 2022, Azuree Charles’ dead body was found naked and muddy, partially covered with lawn furniture and a foam cooler. According to reports, the young boy’s pajamas were hanging on branches near his dead body.

A search for the boy had already been underway after his mother had reported him missing. Investigators immediately suspected Azuree’s father 40-year-old Jean Charles who had a checkered past with law enforcement when it involved his children.

He had multiple instances of child abuse that he had previously been reported for which led to an order in November 2021 that forbade him from having unsupervised contact with any of his children.

Azuree’s mother Luella Elien initially claimed that his father had not had contact with the young boy for months but later recanted her statement and told the police that she had left the children in Charles’ care on April 30.

Upon investigation, officers had enough evidence to charge Jean Charles for the murder of Azuree Charles.

Westmoreland County District Attorney Nicole Ziccarelli announced the charges, during her statement she said, “The trauma that has affected us all pales in comparison to what Azuree no doubt experienced.”

Court records showed that apart from homicide, Charles has also been charged with abuse of a corpse, unlawful restraint of a minor by a parent, strangulation, concealing the death of a child, and tampering with physical evidence.

Azuree’s mother Luella Elien is also being charged. Her charges include aggravated assault of a victim less than 13 years old, child endangerment as well as hindering the apprehension or prosecution of another person.

Westmoreland County District Attorney Nicole Ziccarelli announced the charges, during her statement she said, “The trauma that has affected us all pales in comparison to what Azuree no doubt experienced.”

Court records indicate that Charles is being held in the Westmoreland County Prison on no bond while Elien is being held with a bond of $250,000.

When the case first came to light in May of this year, Azuree’s neighbor talked to the media and revealed that Azuree had survived pediatric cancer. According to reports from neighbors, a young boy had heard something amiss at the home the night Azuree’s body was found. He heard, “No, no, no, I’m sorry,” at about 2:30 a.m. on May 4.

People in the neighborhood reported they would often hear yelling coming from the Charles’ household.

The community is mourning the loss for young Azuree and even held a vigil for the young boy back in May. “He was the nicest person I ever met. We like to ride our bikes and we would always play,” 9-year-old Azalynn Lookhart said in a media interview.

It is truly heartbreaking to read a story like this and realize that children suffer even at the hands of their own parents so cruelly.

We are praying for young Azuree Charles. Rest in peace, little guy.