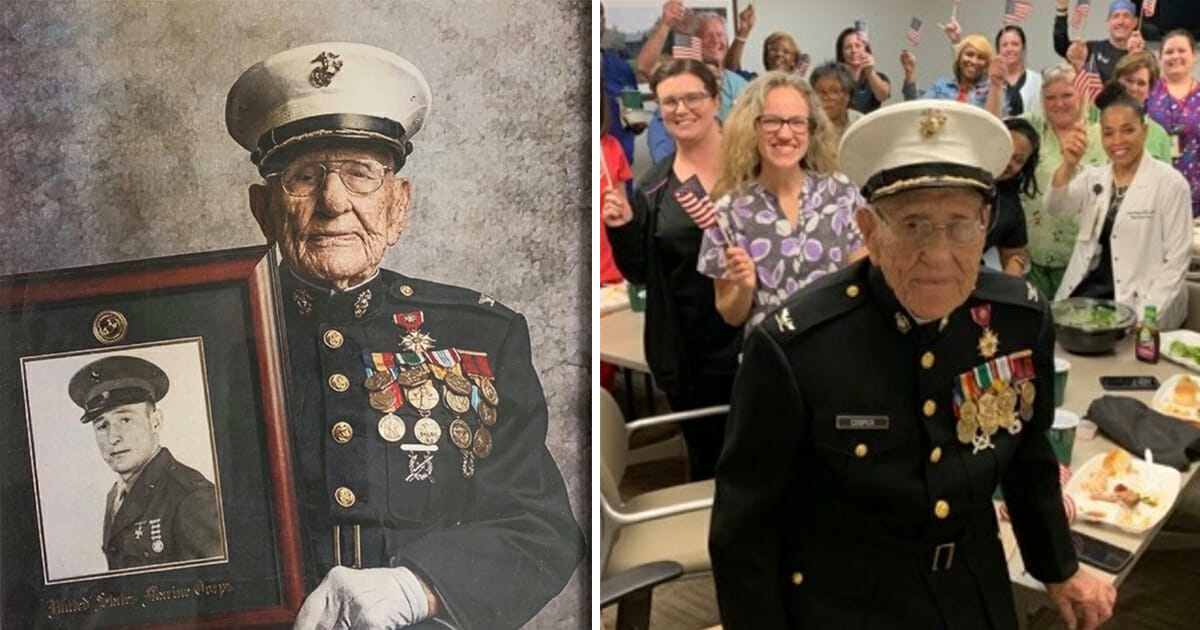 We’re lucky to still have veterans of the war with us today, able to share their firsthand accounts of the war and keep the history alive for generations. Sadly, as time passes fewer and fewer of these heroes are left, and most WWII vets alive today are in their 90s and beyond.

On March 18, an Alabama native who served his country in WWII, Korea, and Vietnam celebrated his 100th birthday.

Having served in World War II, the Korean conflict, and the Vietnam War, Carl more than proved himself a patriotic warrior in his youth.

Well, now he can add reaching the grand old age of 100 to his list of achievements.

According to 11Alive.com, Col. Cooper  joined the Marine Corps in 1942 and became a member of the 6th Marine Division. By 1945, he was a 1st Lieutenant stationed in Okinawa at both Mount Yae-Take and Sugar Loaf.

Okinawa became the bloodiest battle of the Pacific War, but Col. Cooper survived and was able to continue his military career.

Over the years, he has been awarded two dozen medals for his service, including a Presidential Unit Citation with One Star, Marine Corps Medal with Four Stars, the United Nations Medal, and the Legion of Merit Medal.

“I was only doing what my country needed me to do and I came home,” said Col. Cooper.