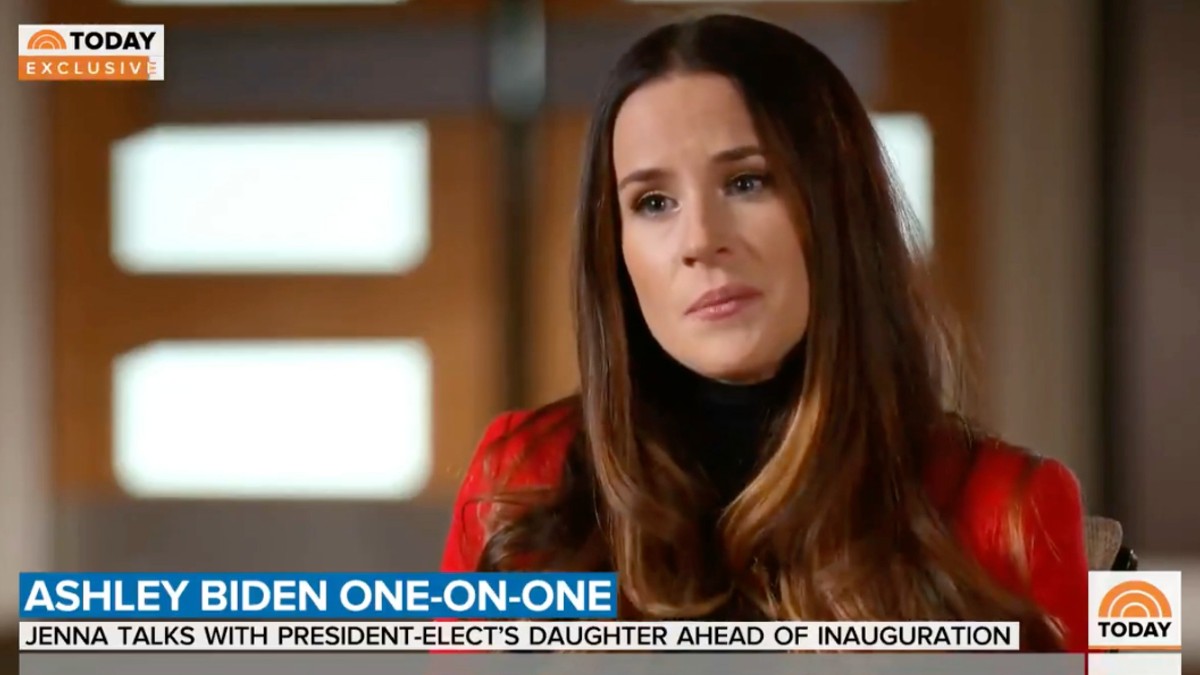 In an interview that aired Tuesday on TODAY, Ashley Biden, president-elect Joe Biden’s daughter, explained the role she’ll have in her father’s administration along with her thoughts about first lady Melania Trump not reaching out to her mother, incoming first lady Jill Biden.

“I don’t think they’re doing the traditional protocol, which is unfortunate, but I think we’re all OK with it,” Ashley told Jenna Bush Hager.

Ashley, 39, the only child of the president-elect and his wife, Jill Biden, said that family and kindness are two of the most important things in her life.

When president-elect Joe Biden’s son, Beau Biden, battled brain cancer, Ashley took him to his chemotherapy appointments. She referred to it as a “tragic privilege.”

And while the family misses him dearly, they find some comfort in the fact that Beau died when he was 46, and Joe Biden will be the 46th president,

However, during the presidential campaign while they were experiencing moments that could only be attributed to a visit from Beau, the Bidens found themselves being attacked by President Trump.

“I know, you know, the type of man my father is, and the woman my mother is and the man my brother is. The cruelty and the meanness, that’s why I don’t have a social media account that’s public. Part of it is also having boundaries for myself, because I believe in kindness, and I believe in the humanity of all of us.”

Ashley also confirmed that her mother hadn’t heard from Melania Trump, but said that her family was “OK with it.”

While the previous first daughter took on an official role in her father’s administration, Ashley has no plans to do the same.

“I will, however, hopefully use this platform to advocate for social justice, for mental health, to be involved in community development and revitalization,” Ashley, who has spent years working as a social worker and public advocate, said. “I do hope to bring awareness and education to some topics, subjects that are really important.”

You can watch a portion of the interview in the video below.

It already sounds like Ashley Biden won’t be as caught up in her father’s business as Ivanka Trump, which is a breath of fresh air.

Are you excited to see a new first family in the White House? Let us know on Facebook.