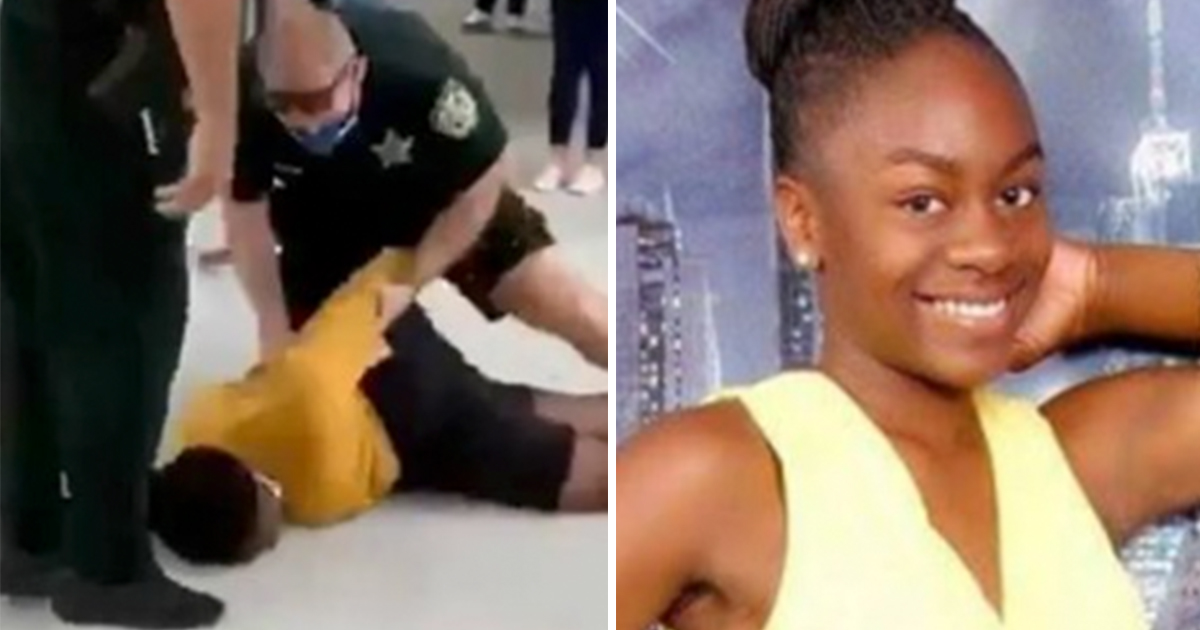 A disturbing video of a black teenager being slammed to the ground by a police officer has gone viral with the teen’s mom calling for the cop to be charged.

Taylor Bracey appears to lose consciousness after she’s grabbed by the officer and slammed to the floor before being handcuffed.

The 16-year-old Florida student was said to have been involved in a fight that officers had been called to break up, but her family have denied that accusation saying the altercation was verbal not physical.

In response to the shocking incident Deputy Ethan Fournier, who works as a school resource officer, has been placed on paid administrative leave while the case is being investigated.

Taylor’s mother Jamesha said her daughter has been: “very depressed since this happened. She’s not herself. She’s not Taylor.”

Speaking to NBC news station WESH 2 she added: “She is having trouble sleeping, and she’s having a problem remembering. […] We just wanted justice to be served and for [Fournier] to be charged – to be held accountable for what he’s done.”

Osceola County Sheriff Marco Lopez said neither Taylor nor the sheriff had serious injuries and added Officer Fournier had 10 years of experience and “does not have a history of misconduct”.

“We… have made the decision to turn this investigation over as criminal to the Department of Florida Law Enforcement,” he added per Insider.

“We’re going to allow them to take over this investigation and work with our state attorney’s office to make sure this is completely independent of our agency… complete transparency.”

Lopez said there is “zero tolerance” for excessive force and police misconduct in the sheriff’s office, as per Heavy.

Meanwhile, the attorney representing the teen’s case Benjamin Crump said: “‘I am just angry that a trained professional, adult man feels that he has the right to pick up and slam a young Black girl.”

Crump, who specializes in civil rights and represents the families of Ahmaud Arbery, Breonna Taylor, and George Floyd, added: “He is supposed to use the minimum force necessary. They don’t do this to other people’s children. Why do they feel like it’s okay to do it to our children?”

Crump believes that, based on the video, Fournier should not be a school resource officer or be allowed to work around children.

I don’t believe there is any justification for treating this young woman in such a violent way. I hope justice is served and Taylor recovers from this distressing ordeal.