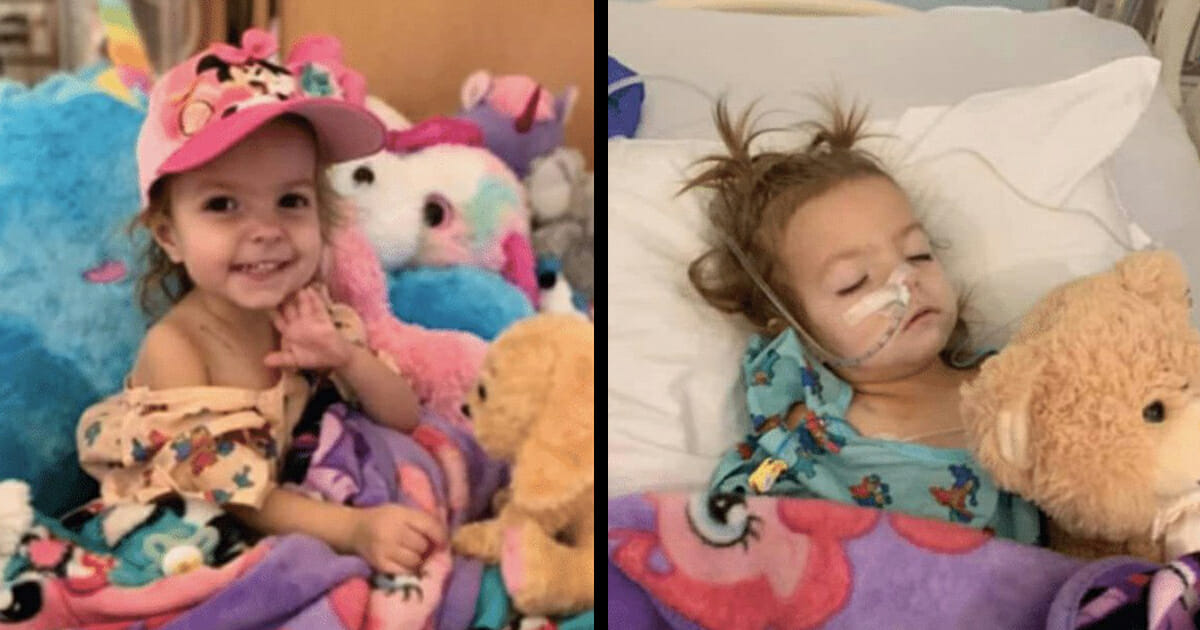 One day the world may be free of the scourge we know as cancer, but until that day we need to fight relentlessly to find the cure that will change the lives of future generations.

Along with this, it’s just as important as ever to support and stand beside those affected by this most terrible disease. Only together can we ever hope to win what was once considered an impossible battle.

The stark reality is that cancer remains a nightmare not only for those affected by it, but also for their family and friends. Anyone needing a reminder of how cruel and merciless it can be need look no further than two-year-old McKenna Shea Xydias …

Michael and Megan, McKenna’s parents, started to become concerned when they noticed a bulge on her stomach. A visit to the paediatrician appeared to allay their fears, with the couple being told that the bulge was simply a result of constipation.

When McKenna’s school called one day, however, they were given fresh cause for concern. The school’s nurse told Michael and Megan their daughter’s temperature was at 103, and her stomach was swelling at an alarming rate.

Once again, the couple sought medical advice. One again, however, they were told there was little cause for concern; McKenna’s swelling would go down when she’d passed the necessary gas.

This time, though, Michael and Megan wanted further assessment. They went to Children’s Healthcare of Atlanta at Scottish Rite Hospital, and it was there that McKenna received an ultrasound. The results of said ultrasound gave her parents some truly shattering news: there was a malignant mass growing on McKenna’s ovaries.

Obviously, Michael and Megan were devastated.

McKenna’s case is extremely rare, but fortunately the accompanying symptoms had presented themselves before it was too late to act. McKenna was taken into surgery to remove the mass, with the procedure going exactly to plan.

The brave youngster remains in hospital, but it’s expected that she’ll be able to return home in the coming weeks.

When cancer rears it’s ugly head, we must band together to help people fight their battles in any way we can. Little McKenna doesn’t deserve the weight put on her shoulders, but as she fights her fight it’s the least we can do to send all of our prayers in her direction.

Please share this article to let Megan and Michael know you’re thinking of their beautiful daughter.