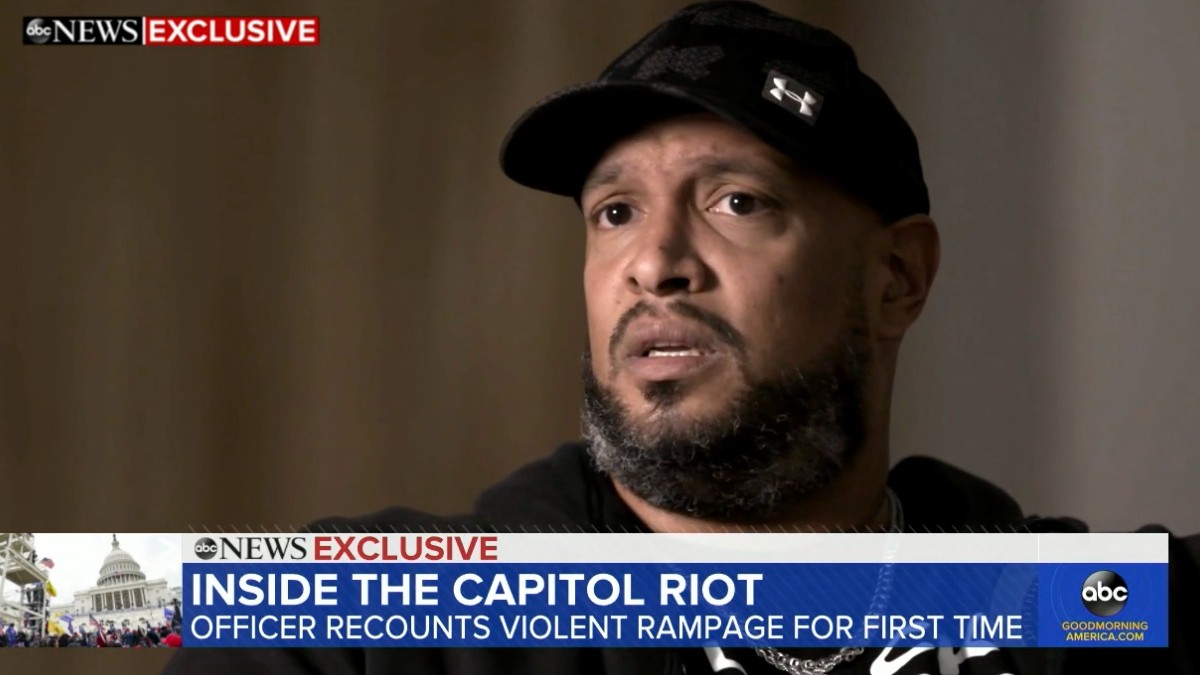 Nearly two months after the violent siege at the U.S. Capitol on January 6, many who stormed the federal building have already spoken out and proclaimed their innocence, but few victims have spoken about what it was like to be under attack.

In a new interview with ABC News, Harry Dunn, a 13-year veteran with the Capitol Police force recalled the terrifying afternoon at the Capitol Building.

Dunn said that despite being told to grab riot helmets at the start of his shift on January 6, something he said was “new,” he didn’t suspect anything different about the day.

But it soon became apparent that something was different.

“You just see a sea of Trump flags, Confederate flags, thin blue line flags, don’t tread on me flags,” he said. “And then you look down and you see officers fighting with these people.”

Dunn, who is 6’7″, said that although he had a weapon, he worried he was going to get shot because the mob came prepared to fight.

At one point the officer found himself in a hallway with rioters and, like Eugene Goodman, tried to convince them to go another way.

He engaged in conversation with them to distract them and it worked, to a degree.

The crowd grew extremely racist when they learned he voted for Joe Biden.

“I got called a [N-word] a couple dozen times today protecting this building,’” Dunn remembered telling a colleague. “Is this America? They beat police officers with Blue Lives Matter flags. They fought us, they had Confederate flags in the U.S. Capitol.”

“They were terrorists,” Dunn said. “They tried to disrupt this country’s democracy — that was their goal… And you know what? Y’all failed because later that night, they went on and they certified the election.”

And while it was an extremely dark time for our country, and an even more difficult time for all the officers who so bravely defended the Capitol and those inside, Dunn took the time to praise his fellow officers.

Officer Dunn’s story needs to be heard. His fellow officers’ stories need to be heard too.

What they endured in order to protect our country’s democracy was completely unacceptable. Hate will not be tolerated and those who took part must face consequences.

Share if you support people like Officer Dunn and want to see those who took part in the Capitol riot held responsible.