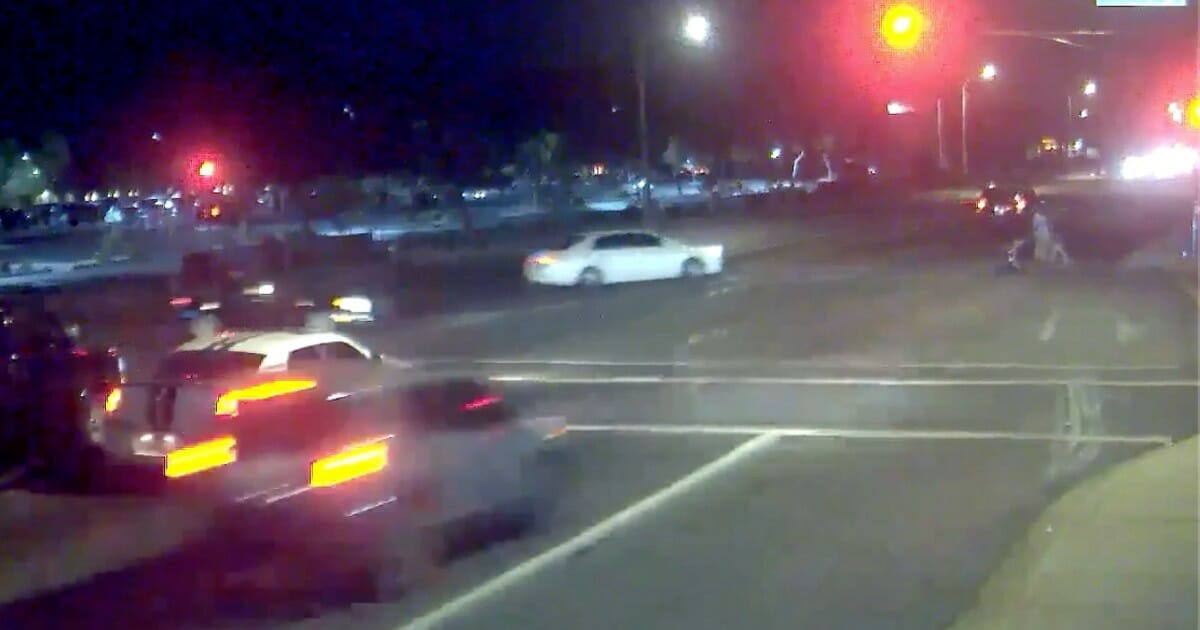 Some say she was in the right place at the right time, but following the crash that possibly saved the life of a family crossing the street, Shannon Vivar is conflicted.

“Even though it wasn’t my intention to, the way I see it was, it was meant to happen that way,” the 27-year-old said during a press conference.

On October 14, Vivar’s Chevy Cruze crashed into a Jeep Renegade that sped through a red light in Phoenix, Arizona. The crash potentially saved the lives of Gabrielle Burns, her fiancé Ulysses Betancourt, and the couple’s 11-month-old son.

The Phoenix Police Department recently released footage of the incident.

At the time the driver of the Jeep ran the red light, the family was in the middle of crossing the street.

“It was so quick that as I was turning, the crash was already happening,” Burns said.

As soon as the cars collided around them, the family rushed to the other side and as soon as he made sure his family was safe, Betancourt went to check on the Vivar.

As a bystander and Betancourt worked together to call 911 and make sure Vivar and her 3-year-old son and her mother was ok, the driver and passenger of the Jeep attempted to flee the scene.

The driver, Ernesto Otanez Oveso, 28, was found and arrested on suspicion of driving under the influence, but according to FOX 10, the passenger of the vehicle has yet to be found.

Vivar’s mother, Shirley Vivar, who was in the vehicle at the time, called the accident a blessing.

“For other people, it was the right time. For us, it was the wrong time. But it’s a blessing,” she said. “That’s the only way I can see it.”

Shannon was injured in the crash and her car was damaged, while the family who narrowly escaped death have found a new appreciation for life.

“Actually, being so close to being gone, that’s when you stop and think about what’s really important,” Betancourt said. “And of course it’s family.”

This is so scary! I can’t imagine how anyone involved feels. I’m so glad Shannon was there and prevented the suspected drunk driver from hitting the family, but I’m so sorry she got hurt.