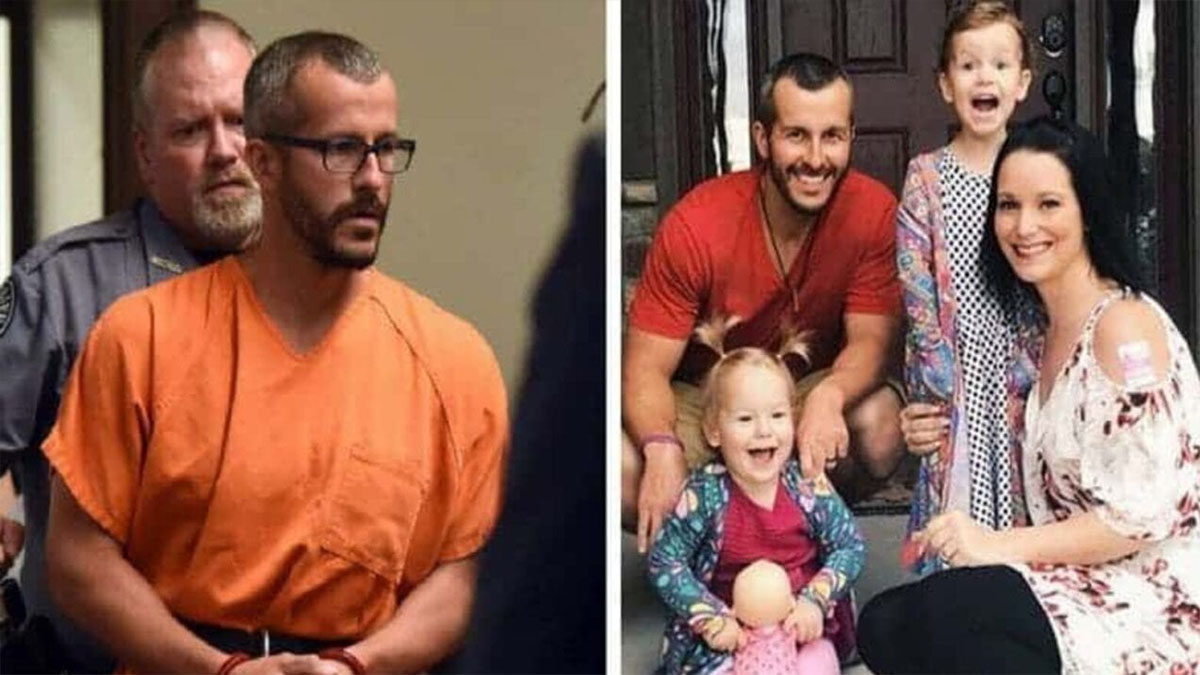 On the outside the Watts family seemed to have it all: a beautiful home in Frederick, Colorado, two girls and a baby boy on the way.

But the world’s eyes fell on the family when dad Chris Watts went in front of news cameras and appealed for help to find his missing pregnant wife and daughters.

However, when the grisly truth came out that 34-year-old Shanann, 4-year-old Bella and 3-year-old Celeste had actually been murdered by the man that was supposed to protect them, it caused shockwaves around the world.

Chris Watts was having an affair at the time of the murders, he strangled all of his girls in their home and then disposed of their bodies; his girls were put in an oil tank and his wife was buried nearby.

Watts escaped the death penalty by pleading guilty to the murders and was sentenced to life in prison without parole.

Now it’s thought he also paid over $41,000 in restitution which went towards funeral and burial costs for his family, The Coloradoan reports.

He was also ordered to pay for any counselling that would be required by the family of the deceased, according to The Sun.

In sentencing Watts Judge Marcelo Kopcow called the murders: “the most inhumane and vicious crime that I have handled out of the thousands of cases that I have seen.”

It was thought that Watts had killed his family in a fit of rage but a series of prison letters revealed Watts had been secretly giving his wife doses of Oxycodone in an attempt to make her miscarry their child.

Watts said he thought it would be easier to be with his mistress Nichol Kessinger if Shanann wasn’t pregnant.

Shannan was 15 weeks pregnant when she was murdered and was carrying a boy.

“When she started to get drowsy, I somehow knew how to squeeze the jugular veins until it cut off the blood flow to her brain, and she passed out,” he wrote in the confession.

Nichol, the 32-year-old woman Chris was having an affair with, says she ended their relationship when she found out what he had done and helped police with evidence that prosecutors described as being “a bombshell.”

In November 2019, Shanann’s parents Frank and Sandy Rzucek were given $6 million payout from Watts in a civil case, in which they said the killer “misled investigators” by lying to them, the public and the media, as reported by Unilad.

No punishment can make up for what this man did, such a horrific crime carried out by a man who was trusted to love and protect his wife and children.

Rest in peace Shannan and her children. Please share.