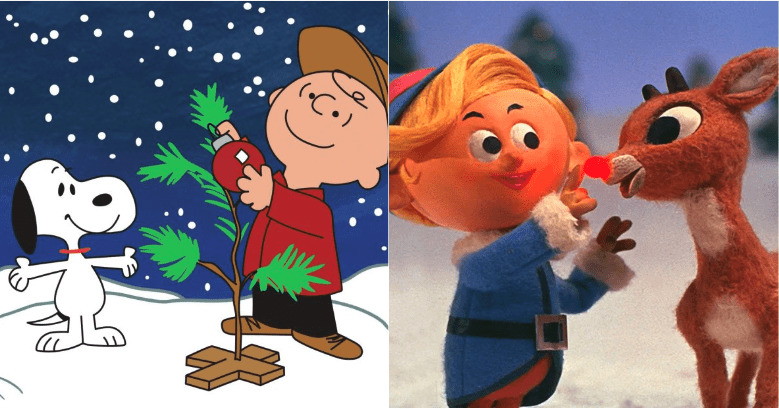 Thanksgiving is just a few days away, marking the unofficial start of Christmas season! That means decorations, Christmas songs on the radio, and of course all our favorite TV specials.

For many families across the US, these specials are a part of the yearly holiday tradition, whether it’s Charlie Brown or the Grinch or Rudolph.

So when exactly are these specials airing on TV in 2022? Here is a list of when and where you can tune in for some Christmas spirit!

A classic Christmas song brought to life by Rankin-Bass animation and narrated by Jimmy Durante, this 1969 cartoon has delighted generations of viewers.

It’s the perfect way to kick off your holiday season viewing: CBS will air the special on Friday, November 25 at 8 PM! This airing will be followed by the sequel, Frosty Returns at 8:30.

If you need more Frosty, cable network Freeform will also air the special throughout December.

Maybe the most famous of all Christmas TV specials, this musical, stop-motion about the reindeer who saved Christmas is a true classic.

You can “have a holly-jolly Christmas” when Rudolph airs on CBS at 8 PM on Tuesday, November 29. If you miss it, it will also air multiple times on the Freeform throughout December.

One of the most poignant and beloved Christmas specials ever, A Charlie Brown Christmas sees our favorite blockhead disillusioned by holiday commercialism — but with the help of Linus, a little tree and the whole Peanuts gang, he learns what Christmas is really all about.

But here’s where things get a little complicated: the special currently airs exclusively on streaming service Apple TV+. After some backlash last year, PBS aired the special on TV, but it seems like this year it’s streaming only.

However, Apple is making the special free between December 22 and December 25, so you’ll be able to watch it even without a paid subscription or login.

‘How the Grinch Stole Christmas’

Dr. Seuss’ classic tale about a miserly creature who tries to steal Christmas — only to realize the holiday isn’t as bad as he thought.

‘Santa Claus is Comin’ to Town’

Another stop-motion classic, this one depicting the untold origins of Santa Claus and his toy-delivering trips around the world.

Catch it on ABC on Thursday December 1 at 8 PM and Tuesday, December 20 at 8 PM.

“You’ll shoot your eye out!” Christmas Story fans don’t need to be told that this hilarious holiday comedy airs for 24 hours on TBS and TNT, beginning at 8 PM on December 24.

You can also watch it on streaming service HBO Max — and as a bonus, you could also check out its brand-new sequel, A Christmas Story Christmas.

George Bailey spends Christmas Eve seeing how the world would be if he was never born in this beloved 1947 Frank Capra film, often regarded as one of the best films ever made.

The lighting of the Rockefeller Christmas tree truly kicks off Christmas in NYC, and is viewed by millions of people across the US.

The special will air live Wednesday, November 30 at 8 PM ET on NBC.

This is just a taste of the hundreds of holiday specials available to you this Christmas season. Freeform will be airing various specials and movies throughout December as part of their 25 Days of Christmas, the broadcast networks also have a lot of Christmas specials on the schedule.

And for many people, Christmas is all about cheesy rom-coms: turn on Hallmark, Lifetime or Netflix and take your pick.

Additionally, if you have streaming services, there are many options to choose from that you can watch any time. Here are just a few examples of Christmas movies you can stream right now:

Disney+: The Muppet Christmas Carol, The Nightmare Before Christmas, Home Alone (and its sequels), Noelle and The Santa Clause movies.

Hulu: The Grinch (the Jim Carrey version), Die Hard (if you consider it a Christmas movie, always up for debate), Jingle All the Way, Deck the Halls, The Family Stone, Last Christmas.

So many of these specials are part of our annual Christmas traditions, and with so many to choose from we’ll be watching holiday movies all month long!

Please share this story to spread the word about when these Christmas classics are airing!