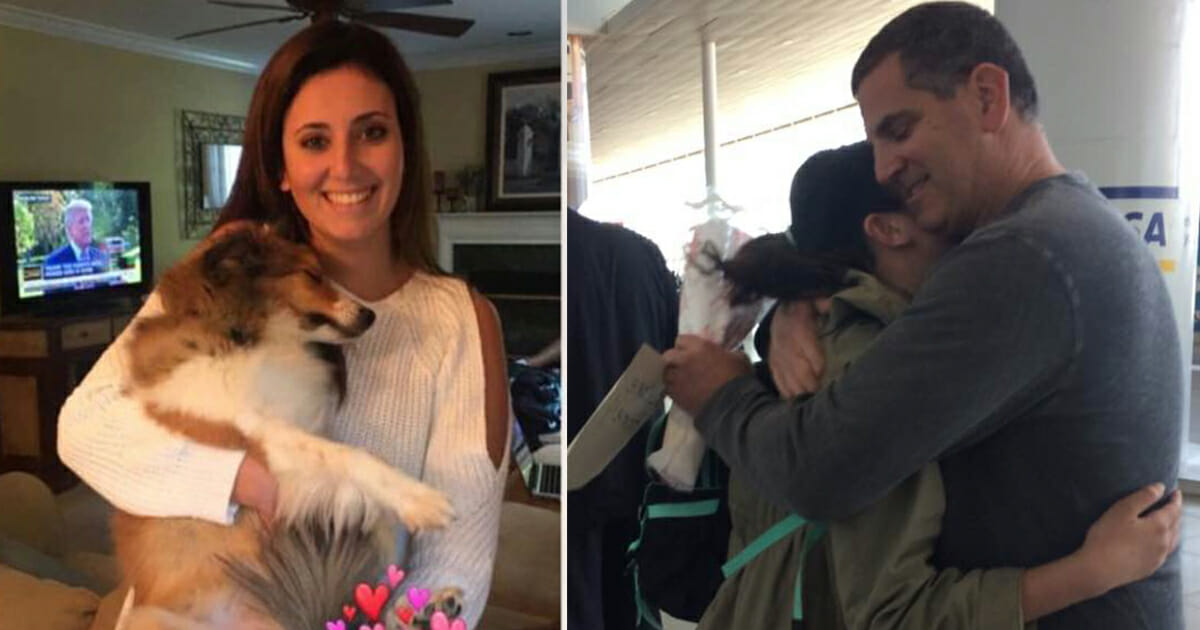 Samantha Josephson and a group of friends went to Five Points, a nightlife area in Columbia, South Carolina on Thursday night.

The last time her friends saw Samantha was 1:30am, before she was separated from the group and decided to order an Uber home.

Surveillance footage showed her later climbing into a black Chevrolet that she believed to be the vehicle she had booked. Tragically, she never reunited with her friends, nor arrived home …

After growing concerned for her whereabouts, Samantha’s friends called the police around 12 hours after they’d last seen her (1:30 pm on Friday afternoon).

Police began a subsequent investigation, only to quickly receive a call from a group of turkey hunters who had found a body at around 4pm on Friday, a short walk from a dirt road in Clarendon County, southeast of Columbia.

My world traveler from last year.

CNN report that the body was identified as Samantha’s, with police now doing their best to bring the culprit to justice.

One suspect, 24-year-old Nathaniel David Rowland, was identified and arrested after being pulled over by police in a matching Impala at 3am on Saturday. Rowland tried to flee, but police were able to catch him.

Examinations of his car led to the discovery of blood traces that matched Samantha’s on the passenger’s side and in the trunk. Investigators also found liquid bleach, germicidal wipes, and window cleaner, suggesting Rowland had tried to cover his tracks by removing evidence before driving the vehicle again. Samantha’s cell phone was also recovered from his car.

Columbia police are yet to determine exactly how Samantha died, though warrants provided on Sunday by the State Law Enforcement Division indicate she had “numerous wounds evident on multiple parts of her body to include her head, neck, face, upper body, leg, and foot.”

My baby is finally home. We have not seen her since the beginning of January

Samantha’s father, Seymour Josephson, took to social media to reveal his grief, saying: “It is with tremendous sadness and of a broken heart that I post this! I will miss and love my baby girl for the rest of [my] life. Samantha is no longer with us but she will not be forgotten. It is extremely hard to write this and post it but I love her with all my heart. I could continue to write about her but it kills me. I sit here and cry while looking at the picture and write this.”

The President of the University of South Carolina, meanwhile, released an official statement that read: “It is with the heaviest of hearts that I write these words this morning. Our prayers are with the family and friends of Samantha Josephson following the devastating news of her death. Times like these leave me searching for words of wisdom and comfort. However, I take solace that the Carolina Family is here to embrace those who are hurting.”

Columbia, South Carolina USA – March 31, 2019: University of South Carolina students attend a community candlelight vigil held for their slain fellow Gamecock Samantha Josephson. The vigil included prayer, remarks from fellow classmates/sorority sisters/friends and Samantha’s father Seymour Josephson expressing the importance of safety and vigilance to prevent this from ever happening again. – Josephson was murdered in the early hours of March 29, 2019 by twenty-four year old Nathaniel Rowland after getting into his vehicle which she mistook for the Uber she hailed. Rowland is charged with kidnapping and murder at this time. – – – – – #news #southcarolinagamecocks #crime #reportage #samanthajosephson #photojournalism #southcarolina #sad #community #vigil #candlelight #nikonphotographer #scphotographer #restinpeace #crushrush #crushrushphotography

According to reports, Rowland is currently being held in prison in Columbia on charges of kidnapping and murder.

Let’s make sure together than Samantha’s death was not in vain. It’s her father Seymour’s hope that awareness can be made with regards to ride-sharing services that could prevent this sort of thing happening in the future.

Rest in peace, Samantha, you were taken far too soon. Help us help her family and friends get their message out. Share this article on Facebook!