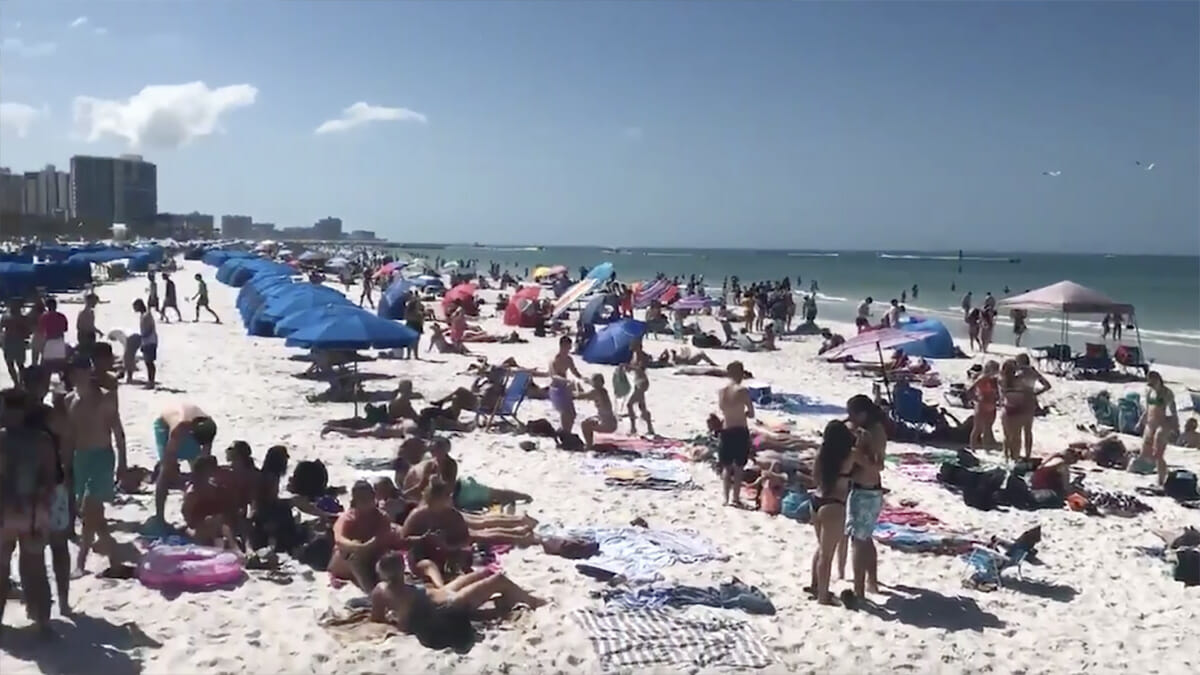 Calls for social distancing came at a time of year when most people would be making plans to get together.

Spring break is a time when schools and colleges are closed and people come together to celebrate the end of winter and the first signs of spring. But this year it’s imperative that we behave in exactly the opposite way and keep our distance.

Unfortunately not everyone adhered to these important recommendations as pictures came in of students partying on beaches in the U.S. and in the U.K. some of the nation’s outdoor tourist spots saw their busiest days.

Over the weekend The University of Tampa (UT), in Florida, announced that five of its students have tested positive for coronavirus after returning from a spring break trip.

The students have not been identified and no information on where they traveled or how many they traveled with has been released.

None have been hospitalized and they are reportedly self-isolating, according to Fox News.

“UT has been notified that five UT students, traveling together and with other UT students during Spring Break, have tested positive for COVID-19,” the school said on Twitter. “We sincerely wish our students, and any others who may be affected, a full and rapid recovery.”

‘Put others at risk’

The tweet was met with a barrage of comments criticizing the “selfishness” of those who travel and do not practice social distancing amid the COVID-19 pandemic.

One person wrote: “I bet they regret not listening now. I wish them a healthy recovery but those students made a stupid decision and put others at risk”

While another pointed out: “I SINCERELY WISH THE HUNDREDS OF PEOPLE THEY MOST LIKELY INFECTED A FULL AND RAPID RECOVERY AS WELL!”

Those posting also called for the university to say where the students had traveled to.

In a Facebook post, the University of Tampa said a sixth student has also tested positive after traveling internationally. This student is also self isolating and has not been hospitalized, the post said.

Florida Governor Ron DeSantis, (R), had previously refused to shut down the beaches, with the decision being made by local governments, NBC News reported.

‘Spring breakers have forced the shutdown’

He called for people to practice social distancing and not to congregate in large numbers. He then limited gatherings at the beach to 10 per group.

This was followed by an executive order calling for strict closures of beaches and businesses in Broward and Palm Beach counties, according to the Tampa Bay Times.

The mayors of Miami Beach, Fort Lauderdale, Tampa Bay, Naples, and Jacksonville have since closed their beaches with one senator saying “spring breakers have forced the shutdown” of beaches in Florida.

We have to remember that nobody is immune to contracting this potentially deadly virus, whatever their age. We wish these students a speedy recovery and hope others can learn from this.

Please share to remind everyone to be sensible and think of others during such uncertain times.