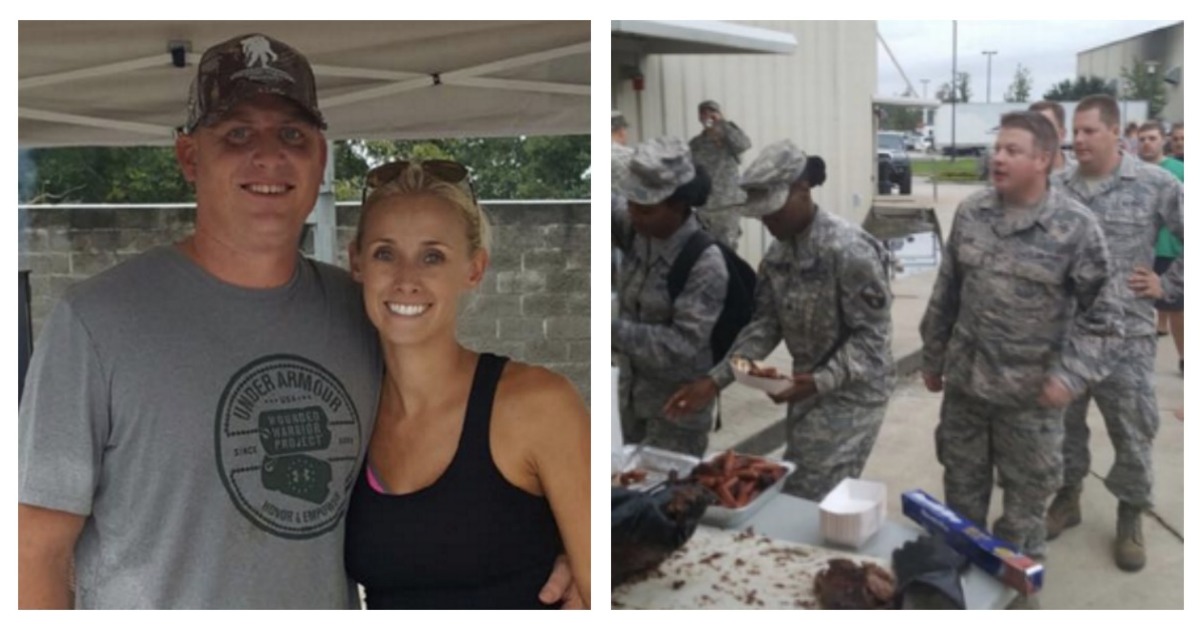 When natural disasters strike, the basic necessities of life—clothing, shelter, clean drinking water, and especially food—become essential for not just survival, but for happiness.

And it’s in situations like the recent flooding in Louisiana, which has displaced thousands of people, when delicious food can make all of the difference. So when one Louisiana couple realized they wanted to provide some relief to their less fortunate neighbors, they knew just what to serve up to put a smile on their faces.

The recent flooding in Louisiana has ravaged the state, destroying homes and displacing many people. And because of this, thousands of people have had to seek refuge at makeshift shelters across the state.

But fortunately, many Louisiana residents who have escaped the flood’s wrath have been helping their fellow community members. And among those generous enough to land a hand, Christian and Amanda Dornhorst found a particularly sweet way to help out.

The couple, who live in Baton Rouge, decided that they wanted to feed an entire shelter. But they didn’t want to pust just any food on the plates of flood victims. Instead, they served they up with some succulent BBQ!

The Dornhorsts spent over $1,840 to prepare a feast for everyone staying at Celtic Media Center, one of the many improvised shelters set up across the state.

Christian and Amanda started by going on an epic trip to Sam’s Club. The couple bought enough chicken, sausages, hotdogs and brisket to satisfy the shelters many residents. And once they arrived at the shelter, the Dornhorsts served up delicious meat all day while 108 pounds of brisket slow-cooked in the smoker until early evening delicious ending to a great day.

“[Barbecue] brings people together. It gives you time to talk, the smell fills the air,” Christian explained to the Huffington Post. “It’s a way to show everyone you are cooking for how much you care about them and how much they mean to you.”

The next day, the couple returned to feed heroes from the Army and the Air Force who were in town as part of the disaster relief effort.

Though the area has been devastated in recent days, the floods can’t keep down the spirit of Louisiana, thanks in part to the generosity of folks like the Dornhorsts.

Please share this story if you’d like to show you appreciate to these selfless souls who dedicated their time and money to make others smile during difficult times!