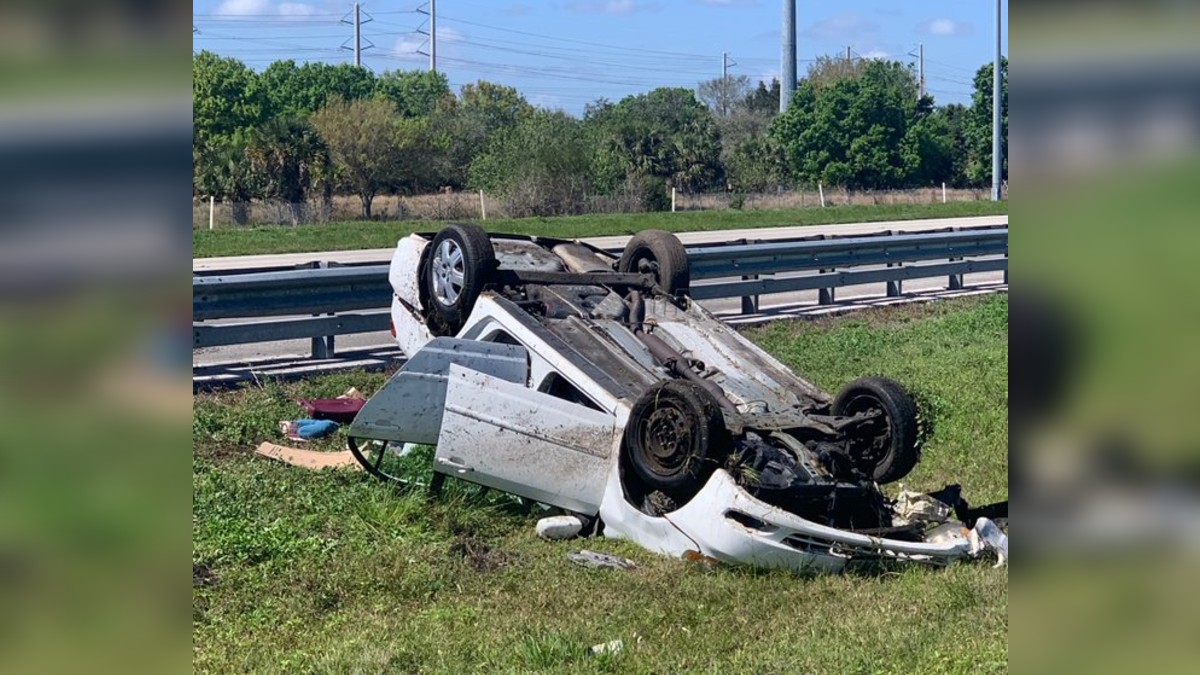 Jack Singer and his girlfriend were recently faced with a split-second decision that so many of us fear we never have to make in our lives.

The two were traveling north on I-95 in Florida when a couch flew off a truck that was driving in front of them.

What do they do? Swerve to avoid it or continue driving in the same lane?

They swerved, and based on the reaction from a responding Florida Highway Patrol trooper, it was the wrong choice.

“He gave us a ticket for basically swerving lanes while trying to avoid a couch that was flying at us on the highway,” Singer told the Sun Sentinel. “We got so pissed.”

Singer and his girlfriend, who was driving at the time, had been in Boca Raton where they had been staying with family for the past month and were heading back home to Washington, D.C. when the potentially fatal accident occurred.

The couch flew off a truck that had been driving in front of them and to avoid it, Singer’s girlfriend swerved.

As a result, their 2006 Toyota Corolla hit a guardrail and flipped over on the side of the road. The two were left hanging upside down until good Samaritans stopped to help them.

The driver of the truck did not stop.

“People were hugging us and freaking out,” Singer said. “The fact we were standing there, nobody could believe it, including us.”

The couple went to the hospital to get checked out – thankfully they were okay – and that’s when they were given the news.

The trooper who had responded to the crash gave them a $166 ticket because “at the end of the day you are still responsible for the vehicle, and you are supposed to maintain control of that vehicle as long as you’re driving within the state of Florida,” Lt. Yanko Reyes, a spokesperson for the Florida highway Patrol said.

Reyes explained that you have to look at the “totality of the circumstances.”

Remember, in Florida it is recommended to have at least a two-vehicle length between your vehicle and the vehicles in front of you because that way you have enough time to react in case something like this happens, in case somebody brakes, in case debris falls on the roadway, you’re able to avoid any and all difficulties.

Singer tried to reason with the trooper, but that got him nowhere.

What do you think of this argument? Did the couple deserve a ticket for trying to avoid a flying couch?