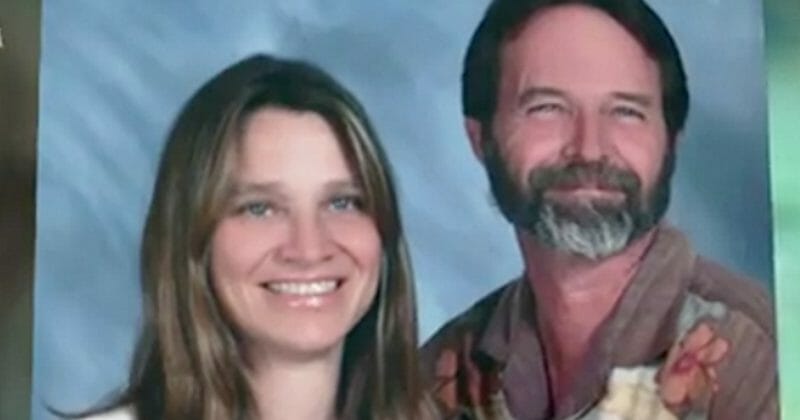 Bernie and Diane Lierow have five sons and had always dreamt of extending their family.

When their children had grown up and left home, the couple realised that they had more love to offer a child in need.

They  decided to add a daughter to their family after four of their five sons had grown up and moved out.

After some time thinking, they decided to open their home to a child less fortunate.

But when they attended an adoption event, their lives would be forever changed because of one decision they made – based on a single photograph.

Bernie and Diane Lierow began to work with a local adoption agency and not long after that they attended an adoption event to meet potential adoptive children.

Although there were many children there, Diane couldn’t tear herself away from a black and white photo of a girl who was unable to attend.

”I just felt drawn to her,” Diane says.

The couple asked about the girl, but the adoption agency gave them a warning. Caseworkers wouldn’t greet Diane’s curiosity about the girl in a way she would have anticipated.

“All they would say was ‘you definitely don’t want her’,” remembers dad Bernie.

”Eventually one of the ladies told my wife; ‘there’s something wrong with her, that girl isn’t suitable for adoption’”, Bernie says.

Warning the couple that the girl in the picture wasn’t right and that there was “something wrong with her,” the couple persisted.

But the couple weren’t going to give up that easily, and sought out the girl’s social worker. The social worker told them a story that broke Bernie and Diane’s hearts that’s when they learned the horrific truth about the unimaginable neglect the young girl had suffered.

They discovered that the little girl had grown up in unthinkable conditions.

Danielle Crockett was known to many as “the girl in the window”.

In 2005 the police had received a call from a worried neighbor. The neighbor told them that there was something strange and terrible going on in the house next door.

She had seen a thin, pale face that she didn’t recognise staring out of the window.

Investigator Mark Holste and his partner arrived at the scene. What they found would haunt them for years to come.

“It was the most outrageous case of neglect I’ve ever seen,” explains Holste.

“It sounded like you were walking on eggshells. You couldn’t take a step without crunching German cockroaches.”

Holste found Danielle abandoned at the back of the house on a soiled matress. Her room was the size of a wardrobe and filled with filthy diapers.

Danielle couldn’t talk or eat solid foods; she was covered in lice and fleas. She weighed 46 pounds when Mark Holste found her.

“The mother’s statement was: ‘I’m doing the best I can,’” Holste told Tampa Bay Times.

Around 85 percent of our brains develop within the first 5 years of our lives, explains psychologist Kathleen Armstrong, who examined Danielle.

The girl had the mental capacity of a baby, despite the fact that she was nearly 7 years old.

The doctor called her condition “environmental autism”. Because she had been deprived of human contact for such a long time, she had simply “withdrawn into herself” and never learned to interact with other people.

Danielle’s mother was stripped of her parental rights immediately, and Danielle spent 6 months at the hospital recovering before she was discharged.

When Bernie and Diane Lierows read all of this in her reports, they were heart-broken.

”It made me cry just to read how she had been kept and the conditions that she had been found in,” Diane says.

But it still felt like Danielle was meant to be a part of their family. It was definitely no walk in the park when Danielle finally moved in with the couple.

“We didn’t know if she’d ever eat with a fork and a spoon,” Diane says.

“You start to think: I don’t know how far this child is going to go.” Danielle had meltdowns 7 to 8 times a day and hated going outside. She screamed until it hurt her lungs and threw herself on the floor, her adopted parents explained in an interview in 2009.

Food was also still a sensitive area for Danielle. She would eat until she was sick because she hadn’t learned to control her eating after starving for the first 6 years of her life.

But Diane and Bernie still loved her as their own.

With much love and encouragement, Danielle began to make incredible progress!

Things that may seem trivial, such as brushing her teeth, washing her hands and going to the bathroom by herself, were monumental breakthroughs for Danielle. She did it all thanks to the Lierows family’s support and encouragement.

”She has already surpassed all the expectations the specialists had for her at the time she was found,” Diane told CBN in 2012.

“Small steps are big steps for someone who’s disabled,” Bernie explained in 2014.

“She’s learned to do things we never thought she would do.”

Speech is still a challenging area for Danielle, but she normally greets Bernie with a “Hey Dad”, and has even said “I love you” to her parents.

After the terrible treatment she endured at the hands of her biological mother, Danielle is extra cautious around women and mother figures. It has taken a long time for her to be able to socialise with others, but it’s getting better.

But after Danielle’s success so far, the family can see a bright future for her and have high hopes for what she can achieve.

”If she could just be a part of the community it would be a big plus,” Bernie says.

Although this story started out tragically, the future now looks much brighter – thanks to the love and determination of Bernie and Diane Lierow!

If there was ever any doubt that love can conquer anything, Bernie and Diane Lierow proved it when they took in Danielle against all the warnings.

They loved her like their own through all of the challenges, refused to give up, and watched God do the rest.

This story also proves that there are angels among us, and sometimes, people, like the Lierows, make the decision to be the miracle someone else has prayed for.

Share this story to wish Danielle luck in the future and to honor these two parents who show what true love, dedication and humanity are all about!