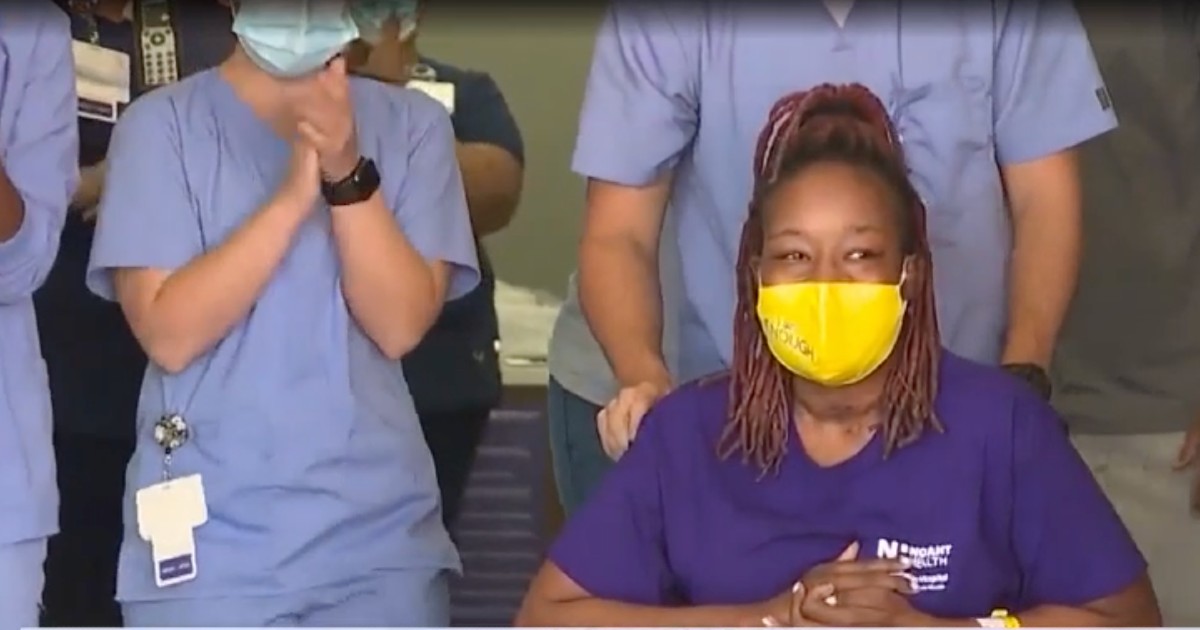 When a person is declared brain dead, they are legally confirmed dead. It is the “irreversible loss of all functions of the brain, including the brainstem.”

They will not regain consciousness and need life support in order to breathe.

However, there are some cases where patients have woken up, and currently there are trials to try and reverse it.

Tionna Hairston is one of the lucky few who shocked everyone after doctors declared her brain dead in June.

Hairston, 25, was diagnosed with COVID-19 in May. At first she didn’t exhibit many symptoms and she was able to take care of her mother, Stacey Peatross, who also had COVID-19.

But then her health went downhill.

“Strokes. She had a heart attack and had to be revived from that. She had to have an implanted defibrillator placed,” Dr. James Mclean, the medical director at Novant Health Rehabilitation Hospital in Winston-Salem, North Carolina, said.

One medical episode after another led up to her heart stopping for 30 minutes. Doctors declared her brain dead on June 10.

“They thought she would be a vegetable. She wouldn’t have any quality of life at all,” her mother said.

But to everyone’s surprise that didn’t turn out to be the case.

After more than a month of prayers, hard work, and rehabilitation, the 25-year-old was released from rehab this week, and she was greeted with a thunderous round of applause.

“To see her rise up out of that chair and take steps when nobody thought she would ever be able to walk again…she said mommy, I’m going to walk,” Peatross said.

Hairston said it was her “faith in God and the fact that I wanted to walk again” that gave her the ability to stand up after leaving the rehab hospital.

She will now continue to recover at home.

What an amazing recovery! Share this to wish Tionna well on her road to recovery.