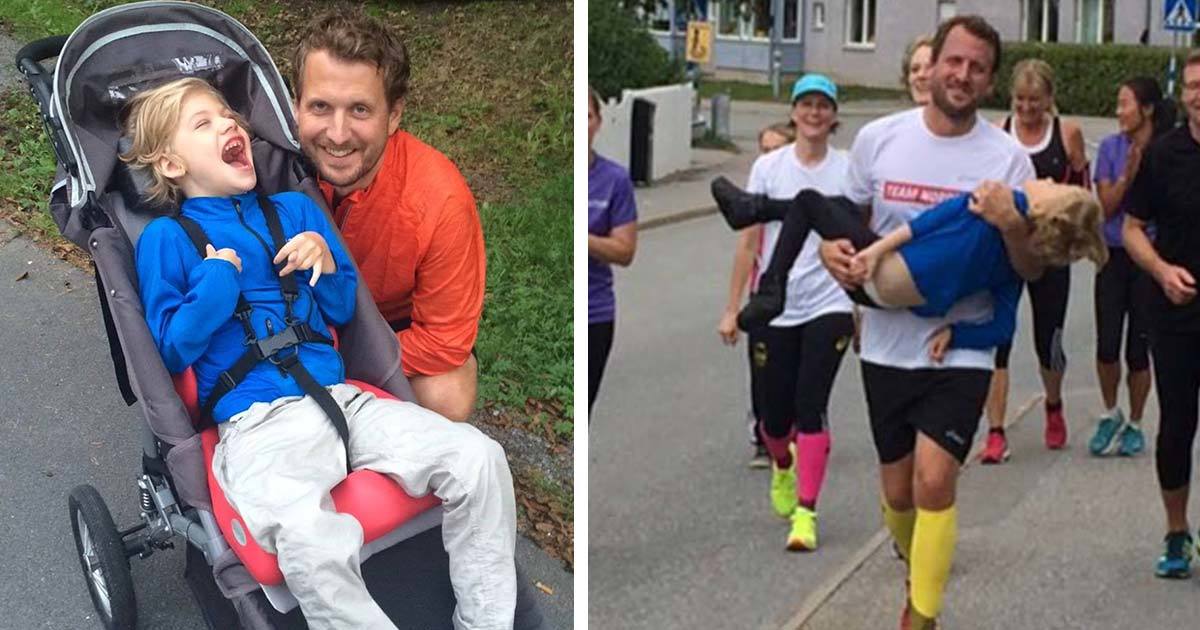 Mikael Nordmark’s 7-year-old son, Hugo, was born with a rare brain disorder called lissencephaly, which causes him to suffer from cerebral palsy, epilepsy, and impaired vision. The boy can neither walk nor sit up himself and must be fed partly via a tube to his stomach. But this doesn’t prevent Hugo and his dad from tackling difficult tasks together. And on Saturday, June 4, the father-son duo competed in the Stockholm, Sweden Marathon for the third year in a row!

The summer of 2014 was the first time that Hugo and Michael managed the 26-mile race, with Mikael running and pushing Hugo in a stroller. And this year, the two did it again—for the third year in a row.

But record-breaking results aren’t the real reason daddy Michael does it.

“It’s about showing other parents of children with disabilities that you can do a lot more than you think. And we really have achieved something. We arranged a private race last year and nearly 20 teams like Hugo and I showed up. They had been inspired by us,” said Mikael.

Running together has also become a way for the father and son to get closer to each other.

“It’s always been a challenge for us to find things to do together, in that Hugo has such limited mobility. When we found this way to do something together as father and son, it became our thing. It’s been huge for us and we feel really strong when we’re out running.”

But even if the race itself isn’t the most important thing for Mikael, he’s at least a little interested in he and Hugo’s time. His goal for this year was four hours.

And the results have just come in. Michael and Hugo finished the race in 4:10. Amazing job, guys!

If you’re also impressed with this father-son marathon team, share this article to inspire other parents of children with disabilities!