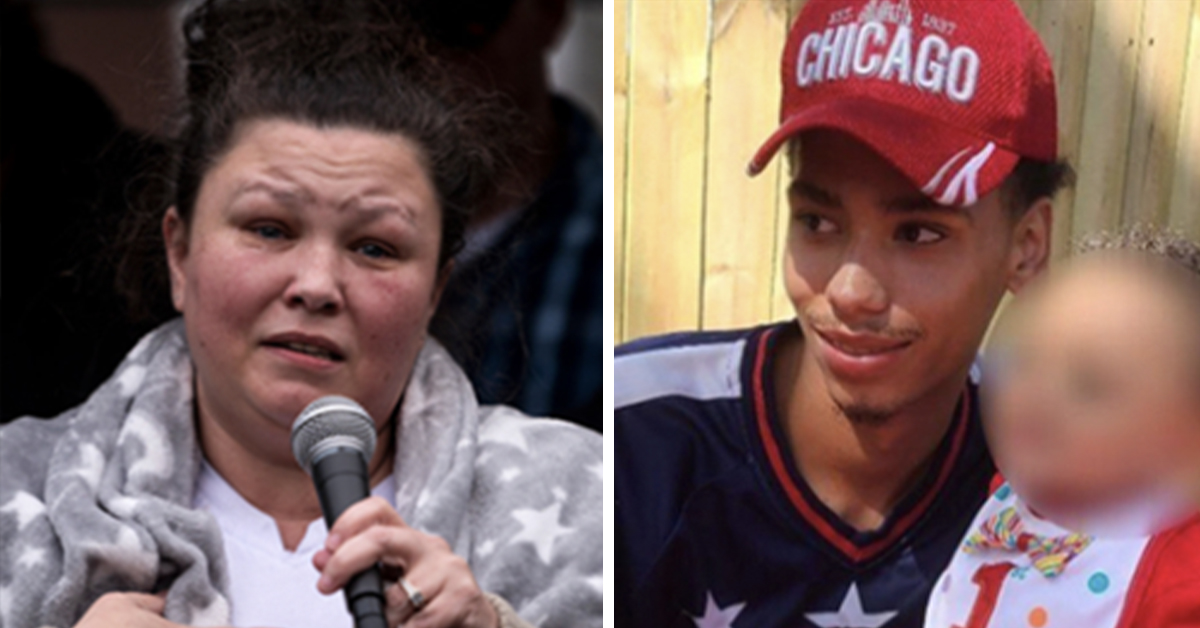 The mother of Daunte Wright, who was fatally shot by a police officer on Sunday, said she could hear the “fear in his voice” when she spoke to him on the phone during the fatal traffic stop.

The 20-year-old African American was fatally shot by a police officer during a traffic stop in Minnesota.

His death prompted a new wave of protests in the city. Meanwhile a decision on whether to charge the officer involved Kim Potter is expected to be announced soon, as per CNN.

Now Daunte’s mom has spoken about the final conversation she had with her son before he was shot and killed.

According to Brooklyn Center Police Chief Tim Gannon, Daunte, who was unarmed, was attempting to flee a traffic stop when he was “accidentally shot” by a police officer who appeared to be reaching for their taser and not their gun.

Daunte’s mother, Katie Wright, spoke to her son on the phone minutes before his death when he called her about being pulled over and said she could tell her son was scared.

“I know my son was scared. He’s afraid of the police, and I just seen and heard the fear in his voice. But I don’t know why, and it should have never escalated the way it did,” she said on Good Morning America.

Appearing on the talk show on Tuesday alongside Daunte’s father Aubrey Wright, Katie said her son called her and said he had been pulled over for having air fresheners hanging on his rearview mirror.

The distraught mom said she asked her son to pass the phone to the officers so she could provide insurance information. Then she heard officers ask Daunte to exit his car.

“Daunte said, ‘For what, am I in trouble?’ I heard the phone getting put down pretty hard. … And then I heard scuffling and the girl that was with him screaming, and I heard an officer ask for them to hang up the phone and then I didn’t hear anything else,” Katie said.

“I tried to call back three, four times and the girl that was with him answered the phone and she said that they shot him and he was lying in the driver’s seat unresponsive.”

Officer-worn body camera footage of the traffic stop shows Duante getting out of his car as an officer handcuffs him. He then wrestles free of his handcuffs and jumps back into his car.

As Daunte did so, “the officer had the intention to deploy their taser but instead shot Mr. Wright with a single bullet,” said Police Chief Gannon. The vehicle then traveled several blocks before crashing into another car. Daunte died at the scene, police said.

The officer was later identified as Kim Potter, a 26-year veteran of the Brooklyn Center Police Department.

Daunte’s father Aubrey White said that he “can’t accept” that a mistake resulted in the death of his child. “I lost my son; he’s never coming back. I can’t accept that. A mistake, that doesn’t even sound right. This officer has been on the force for 26 years. I can’t accept that,” he said.

Mom Katie that she wants to see “justice served” and for Potter “to be held accountable for everything that she’s taken from us.”

“He had a 2-year-old son that’s not going to be able to play basketball with him,” she also added. “He had sisters and brothers that he loved so much. He just had his whole life taken away from him. We had our hearts pulled out of our chests. He was my baby.”

Police Chief Tim Gannon and Kim Potter announced their resignation on Wednesday, as per NBC News.

Daunte was shot about 14 miles north of where George Floyd was killed last year and where the officer charged in his death is on trial.

This senseless loss of life at the hands of police now means a 2-year-old boy will grow up without his father. My heart goes out to Daunte Wright’s family. May he rest in peace.