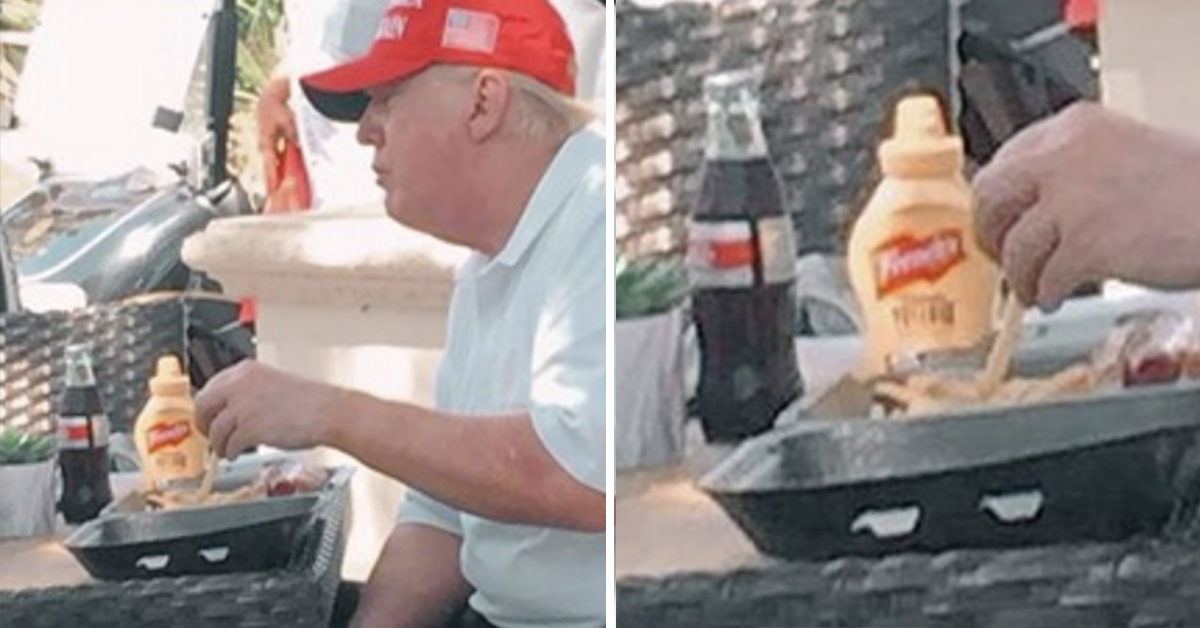 Despite Donald Trump’s continued calls to boycott Coca-Cola, it seems the former president can’t keep away from his favorite soda.

The 74-year-old released a statement earlier this month asking fellow Republicans to boycott several large franchises including Coca-Cola after the passage of a new voting law in Georgia.

Now Trump has been spotted drinking his favorite tipple while tucking into a carton of fries and what appears to be a hot dog.

The picture of Trump was shared on Instagram by an account named @firstfamilytrumps_ . The photo was reportedly taken on April 7, just days after Trump told everyone to boycott the brand.

The 74-year-old called for the boycott of a string of powerful companies – as well as Major League Baseball – which voiced their concerns over a new voting law introduced in Georgia, despite the Republican previously criticizing so-called “cancel culture”.

“Baseball is already losing tremendous numbers of fans, and now they leave Atlanta with their All-Star Game because they are afraid of the Radical Left Democrats who do not want voter I.D., which is desperately needed, to have anything to do with our elections,” he said.

“Boycott baseball and all of the woke companies that are interfering with Free and Fair Elections. Are you listening Coke, Delta and all,” Trump said in a statement on April 2.

Just a few days after releasing the statement Trump was spotted sitting at his desk attempting to hide his tall bottle of Coca-Cola behind his short phone, which many media users were quick to point out.

Trump is well-known for having a so-called red “Diet Coke button” during his time in the White House, which was used to request a bottle of the cold soda on demand, something that President Biden removed as soon as he moved in.

Another of Trump’s statements read: “For years the Radical Left Democrats have played dirty by boycotting products when anything from that company is done or slated in any way that offends them. Now they are going big time with WOKE CANCEL CULTURE and our sacred elections. It is finally time for Republicans and Conservatives to fight back.

“Boycott Major League Baseball, Coca-Cola, Delta Airlines, JPMorgan Chase, ViacomCBS, Citigroup, UPS and Merck. Don’t go back to their products until they relent. We can play the game better than them.”

While supporters of the new bill in Georgia say it will restore voters’ confidence in the election process and make elections more secure, civil-rights advocates say the restrictions are aimed at voter suppression, particularly for Black voters.

Biden called the law “un-American” and described it as a “blatant attack on the Constitution and good conscious,” as per USA Today.

Trump also slammed the bill, but he deemed the move “too weak.”

It seems that whatever Trump thinks of this company’s actions he can’t seem to stay away from a cold bottle of this soda.

Do you think he should make more of an effort to practice what he preaches? Let us know in our comments section and share this story.