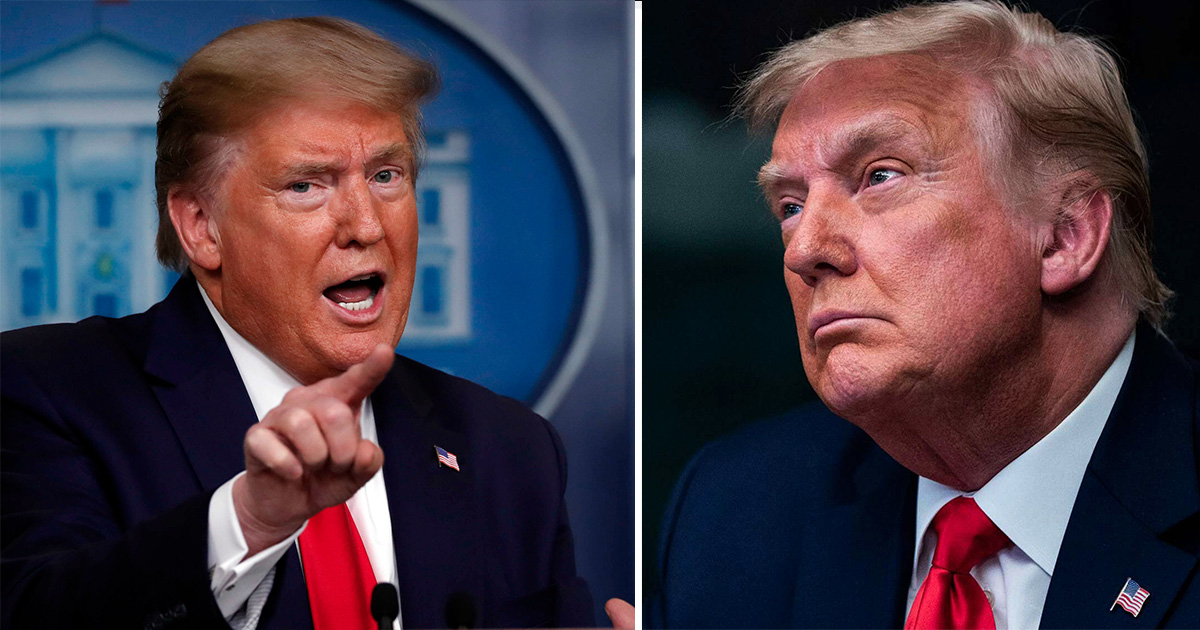 Donald Trump was acquitted by the Senate in his historic second impeachment trial on Saturday, for his role in the attacks on the U.S. Capitol on January 6.

The final vote in the U.S. Senate was 57 guilty to 43 not guilty which was short of the 67 guilty votes needed to convict.

Seven Republican senators voted against Trump, far higher than even Trump’s legal team had anticipated, according to CNN.

Now the trial is over many are wondering what the former President will do next. Rumors that Trump will run for office in 2024 have surrounded him since the day he left the White House, and following his impeachment acquittal, he can legally pursue a second run.

Trump’s attorney Michael van der Veen argued that Donald Trump didn’t incite the riot, saying once again that the rioters represented both left and right fringe groups. However, video evidence from the Capitol insurrection on January 6th, as well as court documents, showed that many were indeed Trump supporters.

“He had a good day in court today. He was vindicated. He was found not guilty,” van der Veen said after the vote. “The political witch hunt that they had, that the Democrats had thrown at him was defeated, so he should feel quite pleased.”

Senate Minority Leader Mitch McConnell criticized Trump’s actions on the Senate floor following the vote. However, he voted to acquit because he didn’t think it was constitutional to convict him.

“There is no question that President Trump is practically and morally responsible for provoking the events of the day,” he said. “The people who stormed this building believed they were acting on the wishes and instructions of their president.”

Rep. Jamie Raskin – lead impeachment manager – praised the vote and said it was the most bipartisan impeachment in history.

“The bottom line is that we convinced a big majority in the Senate of our case,” Raskin said.

President Joe Biden issued a statement on the senate vote, Saturday, saying that “substance of the charge is not in dispute.”

He added: “Today, 57 Senators – including a record 7 Republicans – voted to find former President Trump guilty for inciting that deadly insurrection on our very democracy. The Senate vote followed the bipartisan vote to impeach him by the House of Representatives.

“While the final vote did not lead to a conviction, the substance of the charge is not in dispute. Even those opposed to the conviction, like Senate Minority Leader McConnell, believe Donald Trump was guilty of a ‘disgraceful dereliction of duty’ and ‘practically and morally responsible for provoking’ the violence unleashed on the Capitol.”

Further, Joe Biden urged the nation to “defend the truth and defeat the lies” in the wake of such a violent attack on the seat of American democracy.

“This sad chapter in our history has reminded us that democracy is fragile. That it must always be defended. That we must be ever vigilant. That violence and extremism has no place in America. And that each of us has a duty and responsibility as Americans, and especially as leaders, to defend the truth and to defeat the lies,” the president said in a statement published by the White House.

Following Trump’s acquittal, the former president’s office issued a statement in which they described the trial as “yet another phase of the greatest witch hunt in the history of our nation”.

His statement also hints at his future plans.

“Our historic, patriotic, and beautiful movement to Make America Great Again has only just begun,” Donald Trump said. “In the months ahead, I have much to share with you, and I look forward to continuing our incredible journey together to achieve American greatness for all of our people. There has never been anything like it!”

Do you think Donald Trump will run for president in 2024? Please give us your opinions in the comment box on Facebook!