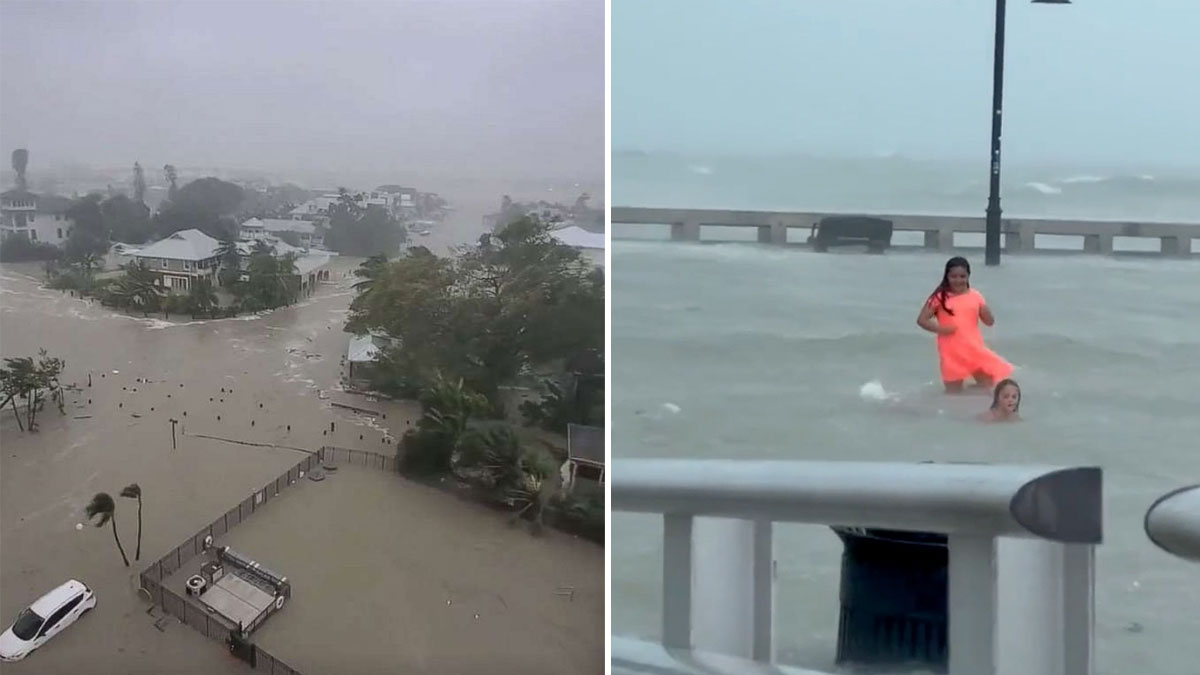 As Hurricane Ian slowly makes its way onshore in southwest Florida, images and videos have begun to emerge of the destruction already left behind.

And while thousands of people are still bracing for impact, we have also seen numerous people pay little attention to evacuation orders and/or disregard officials’ warnings about being outside during the Category 4 storm.

At 3:05pm, the hurricane made landfall near Cayo Costa.

Prior to making landfall in southwest Florida, Hurricane Ian caused problems in Key West. The United States’ southern most city saw the third highest storm surge in more than a century.

Despite the record-high water and 80mph winds, there were still plenty of people who wanted to go outside and experience Mother Nature firsthand.

On Tuesday, Gabrielle Arzola, a reporter with NBC Miami, captured a video of two children playing in the storm surge.

Several other videos were taken at the same location, White Street Pier in Key West.

People can be seen splashing in the water and taking photographs on the pier, which is a quarter mile long.

And Key West wasn’t the only area people decided to test their luck. A camera captured several people attempt to enter the water in Fort Myers.

The waves pummeled them and for a few seconds one of them disappeared from view only to appear on the other side of the pier and closer to shore.

As tempting as it may be to go outside and experience the storm or explore once it has past, please stay inside. It is not worth the risk.

If you are outside and find yourself in a life-threatening situation, you may not be able to get immediate help.

Let us all say a prayer for those who are in the path of Hurricane Ian. It is an extremely dangerous storm with the potential to cause massive amounts of damage.