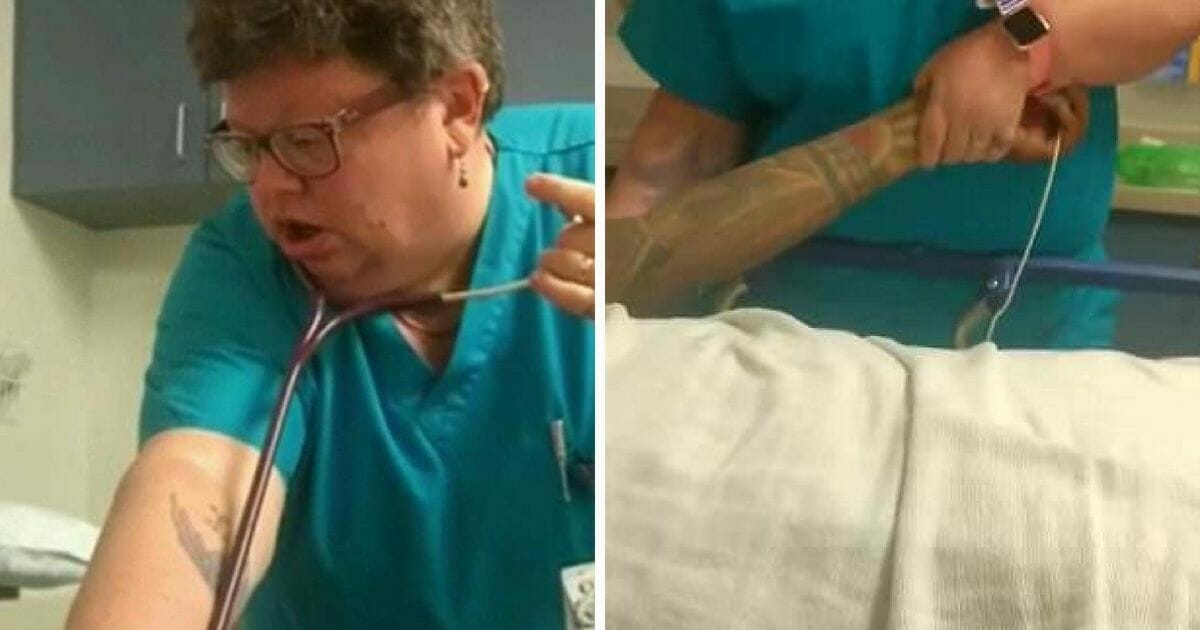 Having to go to the hospital is, for most people, an unpleasant experience. Being in pain and fear of the unknown is an awful combination that can cause the calmest of people to feel anxious.

Most of the time our fears are allayed when we’re told what’s wrong with us and treated with the care and attention we need.

But for one young man suffering a severe anxiety attack, the treatment he received by one doctor just made him feel worse.

However, what this doctor didn’t know is that the man’s father is recording everything.

Samuel Bardwell was taken to hospital in June 2018 suffering with, what doctors said, was a severe anxiety attack which had caused him to pass out in his school’s basketball court.

He was rushed to the nearest hospital in Northern California and allegedly waited 3 hours to be seen, according to ABC News.

When Dr. Beth Keegstra examined Samuel, she is caught on camera questioning whether he is really sick, pulling at his arm, cursing him and laughing at him.

The 20-year-old patient repeatedly tells the doctor that he can’t get up and she refuses to believe him, questioning his motives at length.

“Sit up, sit up, sit up! I’m having you sit up!” Dr Keegstra tells Samuel in the video, pulling on his arms.

When 6-foot-9 Samuel told the 57-year-old doctor that he couldn’t get up, she says, “I’m sorry, sir, you are the least sick of all the people who are here, who are dying.”

He then tells her he has breathing difficulties, and can’t inhale, to which she responds “He can’t inhale! Wow! He must be dead. Are you dead, sir? I don’t understand, you are breathing just fine.”

His father Donald Bardwell was recording his son’s treatment and told news outlets after that his son suffers with severe anxiety and takes a sedative which he’d run out of.

“It’s heartbreaking, you know, I’ve seen him slip in and out of consciousness,” Donald told CBS San Fransisco.

At one point the doctor accuses Samuel of changing his story and curses him.

Dan Wood, the chief executive officer of El Camino Hospital, issued a statement at the time saying Dr. Keegstra had been suspended from all facilities associated with the hospital.

“We have expressed our sincere apologies and are working directly with the patient on this matter,” he said.

“Please know that we take this matter very seriously and the contracted physician involved has been removed from the work schedule, pending further investigation.”

See for yourself in the clip below

A doctor should be someone who helps us and makes us feel safe when we’re at our worse.

Please share if you think the way Samuel was treated was unacceptable.