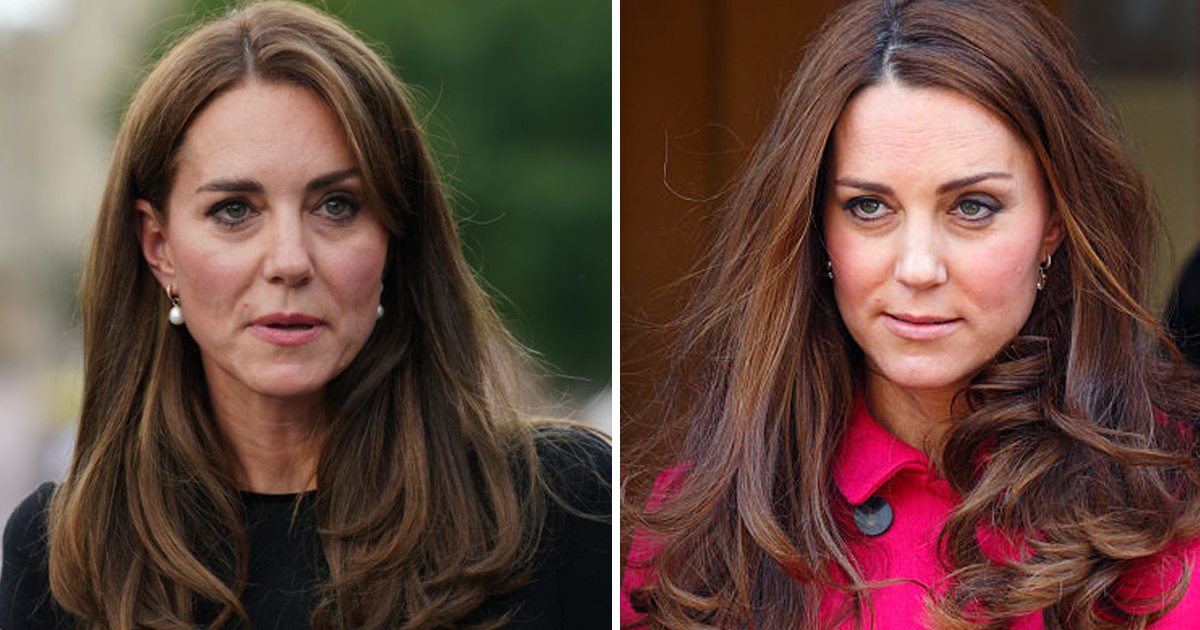 Kate Middleton joined the royal fold through her marriage to Prince William. The pair have been married since 2011, after a long courtship.

Getting used to royal life in adulthood is a task in itself, but by all accounts, the Princess of Wales has done a tremendous job at shouldering all her responsibilities.

Kate Middleton will one day because the Queen consort of the United Kingdom. During her courtship, and later more so after her marriage to Prince William, she understandably got close to his grandmother, the Queen.

It is reported that 40-year-old Kate Middleton received lessons and advice from Queen Elizabeth herself about how to conduct herself in royal life.

Sources have revealed that initially due to nerves, Kate would often try to please the Queen and earn her approval and hence their relationship lay stagnant. But in later years, once Kate gathered her bearings, her relationship with the Queen transformed and the two of them developed a bond of friendship.

A major factor in their relationship changing was the change of location for William and Kate. The two of them relocated from Anmer Hall, Norfolk. to Kensington Palace, which is a short distance from Buckingham Palace itself.

This allowed the Princess of Wales to be able to visit the Queen more frequently. She would often go over for tea, where the two women would chit-chat but sometimes they would also arrange more formal meetings, where Queen Elizabeth would “give intense one-on-one training about taking on the crown.”

In 2019, a royal source revealed that the Queen had taken her daughter-in-law under her wing and would often impart valuable advice.

“She’s taken Kate under her wing. The two will often spend hours discussing royal life and the monarchy’s future,” the source revealed.

In the last ten years, the public has seen how Kate has transformed into a seasoned royal and is doing her duties like the best of them. People have noted that she rises to the occasion every single time.

More so than her own son and daughter-in-law Queen consort Camilla, the Queen reportedly had trust in William and Kate for having what it takes to rule. An insider noted, “the queen feels confident that they cross all the boxes to rule.”

One of the indicators of the Queen’s trust in Kate was when she granted her the “Royal Family Order” which meant for members by blood or those who have served the family for a long time. “The Queen very much regards Catherine as … a safe pair of hands. She’s been a member of the royal family for ten years now. I think, given all that’s going on in the past few years in the royal family regarding the fallouts. … The Queen has great trust in Kate,” an insider noted.

The Prince and Princess of Wales are also parents to three young children. And as royals, they often have problems with striking a balance between duty and parenthood. But it seems they are doing a good job with George, Charlotte, and Louis because of how they include them in some duties but also make sure they go to school normally and enjoy experiences normal kids do as well.

It was noted by many people that Kate Middleton stayed in London while the rest of the family flew to Scotland to bid farewell to the Queen.

Kate Middleton stayed behind in London so that she could pick up her children Prince George, Princess Charlotte, and Prince Louis from their first day of school.

Perhaps the family expected things to take a turn and hence wanted Kate to be there with her children lest news broke of the Queen’s death so she could comfort them.

She was at Lambrook school where her children had spent their first day of school. Kensington Palace released a statement sharing why the Duchess had not been present at Balmoral. It read, “The Duchess of Cambridge has remained in Windsor as Prince George, Princess Charlotte, and Prince Louis are on their first full day at their new school.”

After the news broke, people wondered how the youngest of the brood took the news. Insiders reported that Kate was very gentle in telling the children, and told them before it became public knowledge so they would not learn it from another source.

“She gently told George, Charlotte, and Louis about Elizabeth’s passing at Windsor prior to the official announcement. She wanted them to hear the tragic news directly from her to ease the blow,” the insider reported. The young royal couple put their children first and made sure they were emotionally supported when they heard the news.

The Queen would have been impressed with how the Prince and Princess of Wales navigated this difficult situation. A close source to the family said, “Whether the world believes Kate is old or not, the Princess of Wales has an undebatable character that has been tested and trusted by the Queen, and so far, she is living up to expectations.”

William and Kate also have a great understanding of each other, while one holds down the fort, the other is able to perform royal duties. While Kate stayed at home with the children, William flew to Aberdeenshire after two days of mourning, for his royal duties.

A few days after the world had learned of the Queen’s passing, the new Prince of Wales took to his Instagram account to tell the world his feelings. He said while the world mourned the loss of a Queen, the loss for him was personal; that of his grandmother. He mentioned how kind she had been with his wife for the last twenty years and with his children as well.

He said he would now focus his attention on his father, the King, and assist him in any way that he could.

In another shocking move by the Prince and Princess of Wales, they invited Harry and Meghan to join them in their walkabout outside Windsor castle. This move seemed like an olive branch to the public; from the older brother to the younger one. Hopefully, their relationship is on the way to mending.

And as expected, pictures from the walkabout made headlines everywhere. And one particular reaction to the pictures was quite unexpected. Pictures of the Princess of Wales, Kate Middleton, were commented on by the public.

Kate Middleton debuted a new darker hair color during the walkabout as she wore an understated black dress and simple jewelry. An American publication called “Hollywood Life” posted pictures of the former Duchess and it attracted some spiteful comments.

People commented how the Princess of Wales looked “old” and “sad.” One commenter noted, “She looks like she’s aged so much and always looks sad to me. I feel sorry for her; I don’t know why.”

While another commenter added, “She looks really old, like 60. What’s going on?”

Of course, among the criticism were some voices of reason who pointed out the unfairness of making such comments about the Princess’ appearance.

One such person wrote, “She has a lot on her shoulders with duty and motherhood. Then the Queen’s death. She’s tired, and I’m sure royal life isn’t for the faint of heart.”

While another fan defended her by saying, “First, darlings, the lighting is horrible. Second, she is not old. Third, for her age, she looks fabulous. Four, she has had 0 plastic surgery. Have fun aging; it’s not for the weak. Lol.”

The Princess of Wales surely has a lot going on in her life. In just the span of a few days, she and her husband have been thrust with a new title as the Prince and Princess of Wales, leaving behind the title of Duke and Duchess of Cambridge.

They have had to reorganize their schedules as they prepare for the royal period of mourning and the Queen’s funeral and organize perhaps a lot of other things that are not yet known to the public.

It is nice to see there are still those who rise to the occasion and defend the Princess of Wales, Kate Middleton, reminding others to not pile on her while she already goes through so much.

What do you think of people’s comments about Kate Middleton looking aged? Let us know in the comments below!