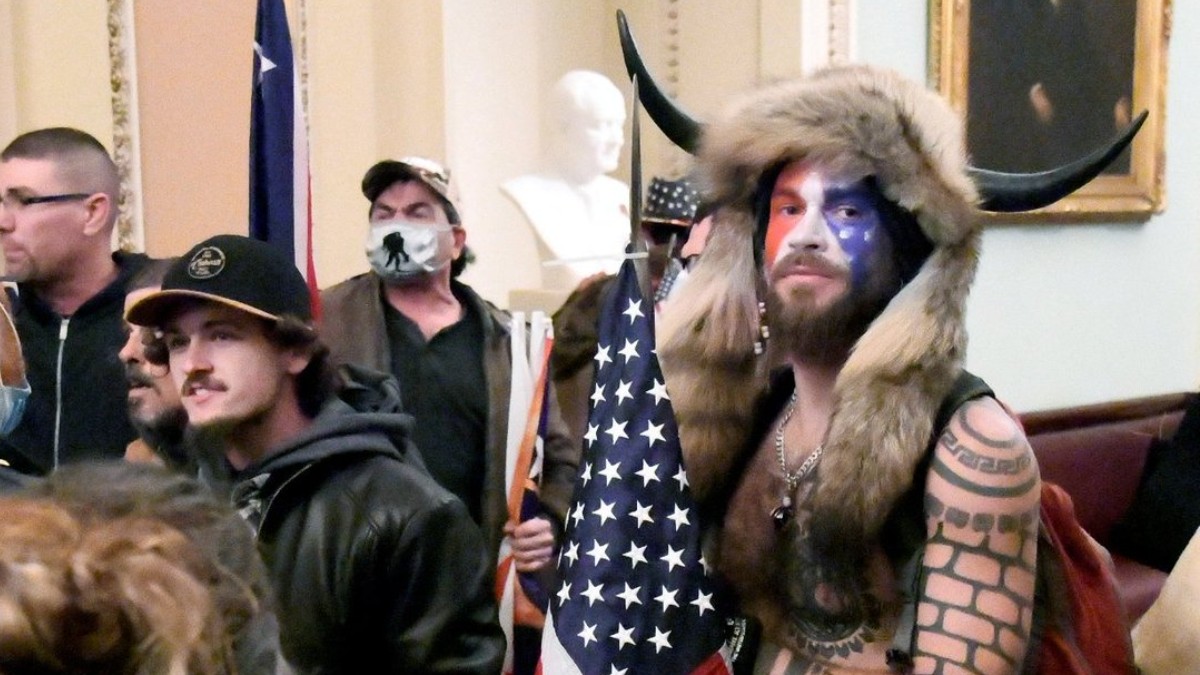 A federal judge has ordered jail officials to provide organic meals to Jacob Chansley, the “QAnon Shaman,” who is currently in a District of Columbia jail for charges related to the January 6th attack on the Capitol Building.

If you didn’t know Chansley before the Capitol riot, then you most certainly recognized him after. He broke into the federal building “dressed in horns, a bearskin headdress, red, white and blue face paint, shirtless, and tan pants,” according to a DOJ statement.

It didn’t take long before photos of him began to spread and because of that it took even less time for authorities to identify and arrest him.

Chansley was arrested in Arizona and denied bail by a judge who said she had “no confidence” he would appear for trial. He was charged with six federal charges.

The 33-year-old was transferred to a jail in the District of Columbia to await his trial.

However, while waiting for his trial it was revealed that Chansley hadn’t eaten for days because he wasn’t offered organic food.

His mother reportedly told local news that her son gets very sick if he doesn’t eat organic food.

Chansley wrote in his request for organic food, preferably canned vegetables, canned wild-caught tuna, or organic canned soup, that the last time he ate was January 25.

“I will continue to pray thru the pain and do my best not to complain,” Chansley wrote, according to Politico. “I have strayed from my spiritual diet only a few times over the last 8 years with detrimental physical effects. As a spiritual man I am willing to suffer for my beliefs, hold to my convictions, and the weight of their consequences.”

Initially his request was denied after lawyers couldn’t find any mention in shamanism that organic food was a requirement.

However, Albert Watkins, Chansley’s lawyer filed a motion stating his “shamanic belief system and way of life” required him to eat an organic diet and not doing so would cause “systemic responses that are not simply discomforting, but debilitating and, notably, dehydrating.”

Watkins also noted that Chansley has reportedly lost 20 pounds since being in the District of Columbia jail.

On Wednesday, a federal judge ordered jail officials to provide Chansley with an organic diet.

What do you think of this ruling?